Tiyan yet to drop a set this season 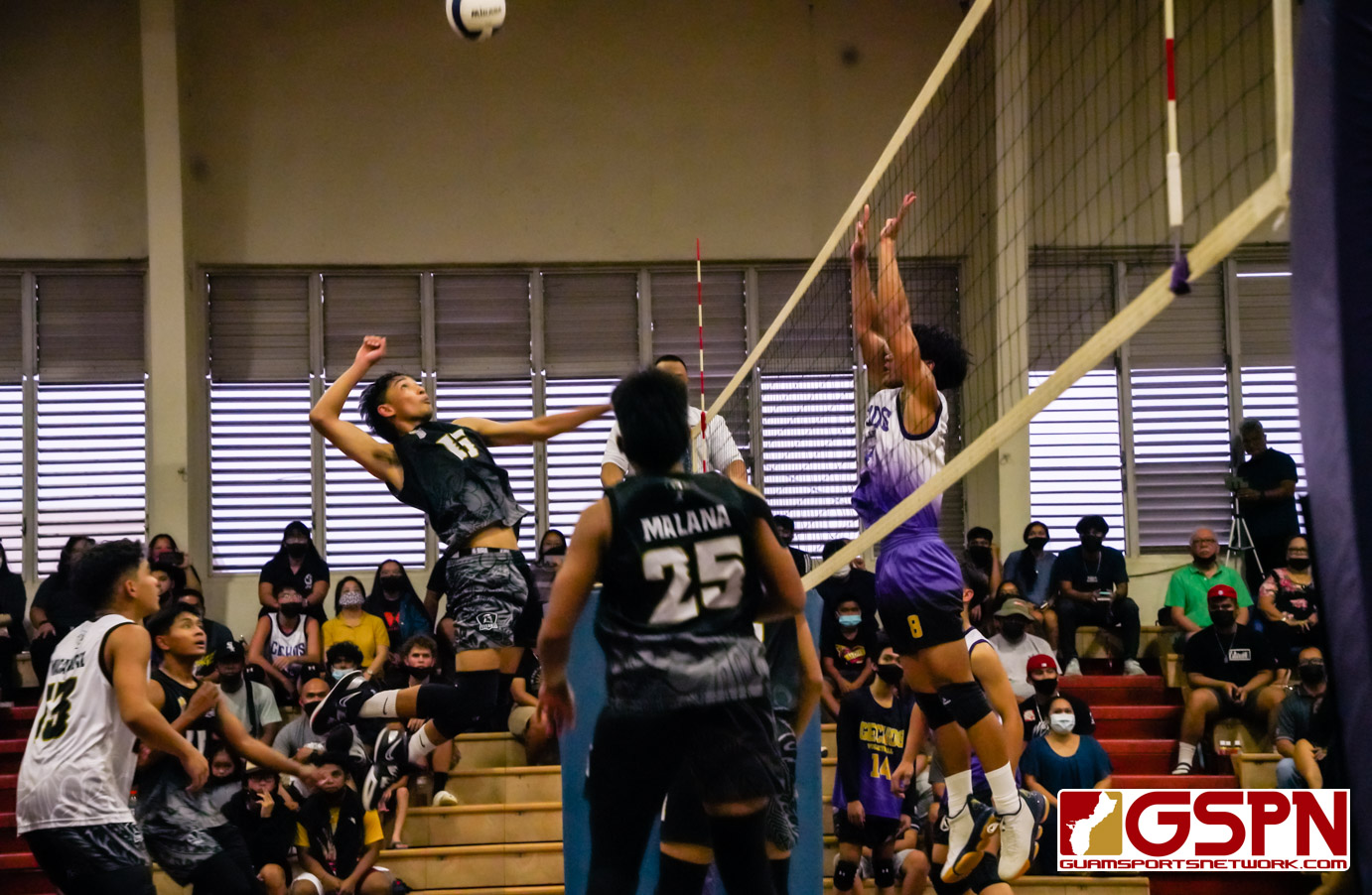 The defending champion Tiyan Titans continue to roll in the 2022 ISA Boys Volleyball League after winning in straight sets over the GW Geckos 25-13, 27-25, 25-22 Thursday night to remain undefeated at 6-0.

Titans outside hitter and Wendy’s Player of the Game Xander Duenas’ 11 kills, one ace and one block led the way for the Titans. Teammate and reigning league MVP VJ Rosario added eight kills and an ace. Duenas and Rosario combined for 19 of the Titans’ 32 kills for the game.

In what looked early on to be an easy night for the Titans, Duenas and company cruised to a 25-13 first set victory behind Duenas’ three kills and teammate Nicholas Santos’ two blocks and a kill.

The Geckos, however, weren’t going down without a fight. In the second set, taking advantage of multiple errors by the Titans, the Geckos jumped out to an early 6-4 lead behind a kill from sophomore Kaden Apiag and an ace from teammate Leiland Gumabon. The lead was short lived as the Titans Duenas and Rosario made back-to-back kills to even the score at 7 apiece.

The Geckos regained the lead behind kills from Daniel Dela Rosa and Matthew Magaling giving the Geckos a 15-12 advantage. The Titans, behind nine straight serves from Gavin Macapagal, went on to score nine points to give the Titans a 21-15 lead. The Geckos in turn put a little run of their own cutting the Titans lead to 21-19. After a couple of back and forth rallies the Titans with a 24-21 lead committed a hitting error giving the ball to the Geckos and keeping the set alive. The Geckos managed to put four straight points on the board and found themselves up 25-24 behind kills from Louis Montejo and a Titans hitting error. Titans Noel Erickson’s kill on the very next play put an end to the Geckos run to tie the game up at 25.

“We were a little flustered at that moment (down 25-24), but our coach calmed us down,” said Duenas. “We just needed to go back to the basics and execute.” Asked if keeping an unblemished record of not losing a set crossed their minds, he added, “we weren’t thinking of the record, we just wanted to win the set to give us momentum heading into the third set.”

“For the boys to have a calm demeanor in the game, I have to set the example for them,” said Titans head coach Rod Pama. “The intensity was there.”

“I told my boys that if they’re going to dig a hole for themselves, they have to find a way to get out.”

The Titans went on to score the next two points off Gecko errors for the 27-25 second set victory.

The third set started out the same for the Geckos as their momentum helped them jumped to a 6-2 lead capitalizing on the Titan errors. The lead changed back and forth until an out of rotation violation was called on the Geckos giving the Titans the final lead change at 12-11. With the Titans at game point 24-22, Dominic Pelobello picked up his second kill of the night to seal the victory for the Titans.

With the win, the Titans remain undefeated winning all six games in straight set. Though the Titans look poised to defend their title, Coach Pama stated that he expects every team to improve exponentially and that his team needs to keep their game at a high level. “We still have some work to do. There are some parts of the game we still need to work on and it’s something we need to continue to do at practice and from practice to put that into the game setting.”

“I tell the boys to stay consistent, stay humble, stay focused. Stick to the game plan. It doesn’t matter what six are on the court, they should all be as strong as the first six players.” Adding that, “my emphasis for the second half of the season is for us to finish strong and they know that. We still have a lot of work to do!”

PETITION OUT TO REUNIFY SPORTS
CRUZ LEADS BALL STATE TO #2 IN THE COUNTRY
Loading Comments...