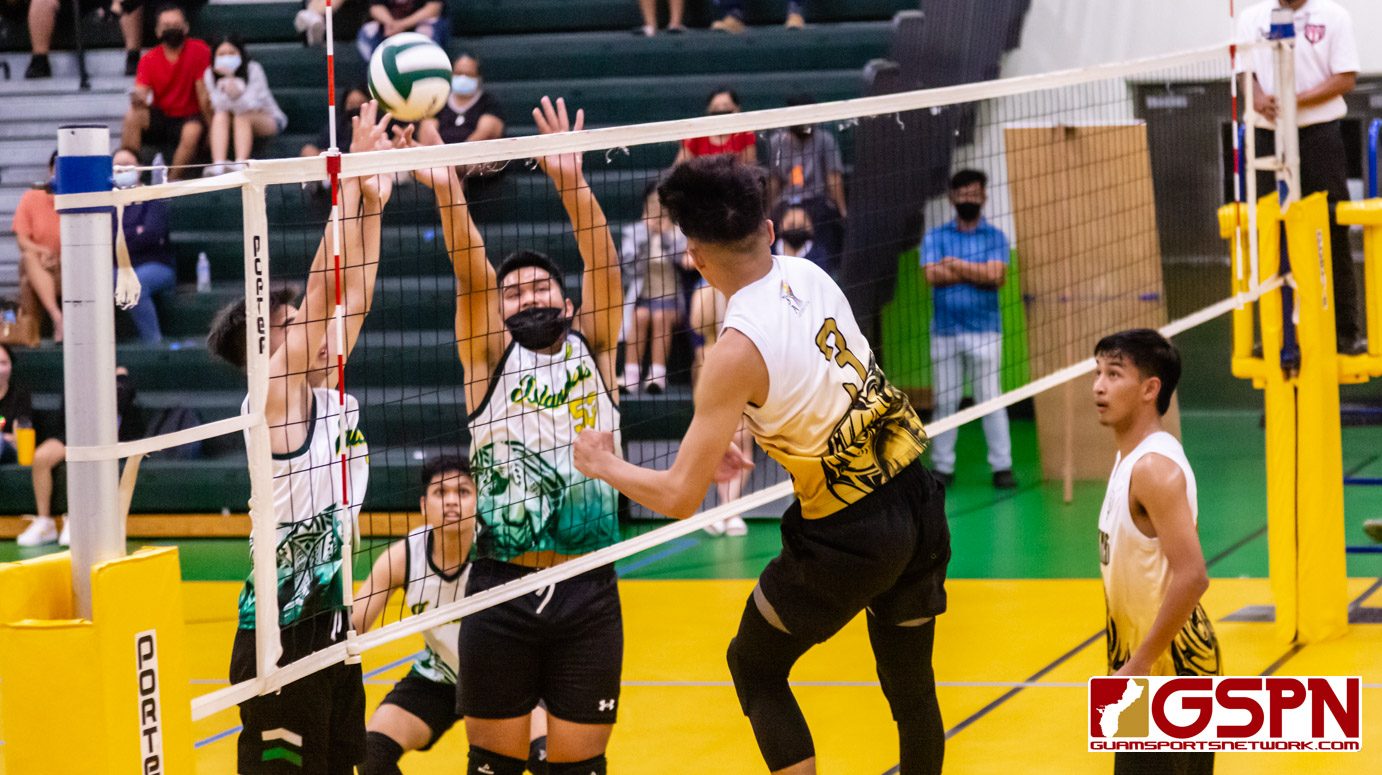 Just two games into the ISA Boys Volleyball League season, the defending champion Tiyan Titans are right where they want to be.

“Still very early in the season, so the boys still have a lot to work on,” said Titans head coach Rod Pama. “I think the boys can play more efficiently by minimizing errors and communicating better. Our middles need to vocalize more so they can be more involved in offense. They also have to work on putting stronger blocks up.”

Critical words from a perennial title-chasing team. Under Pama, the expectations are always high, but the long-time coach isn’t short of praise as well, particularly of senior team leader VJ Rosario, who had a monster night with 15 kills and six aces.

“It’s important for the team to start strong. VJ played with great focus. His energy and enthusiasm on the court kept his teammates driven.”

“We expect competition from every team we will face, so boys know they need to continue to put work in every day. He and co-captain Xander Duenas know they have to step up daily to set the example for their ‘brothers’ during game time. The boys have one objective this season. They decide which journey will take them there. With that said, I expect the Titans to continue to learn from every game, continuously make adjustments, and refine their skills set. God willing we get another chance to play for another championship.”