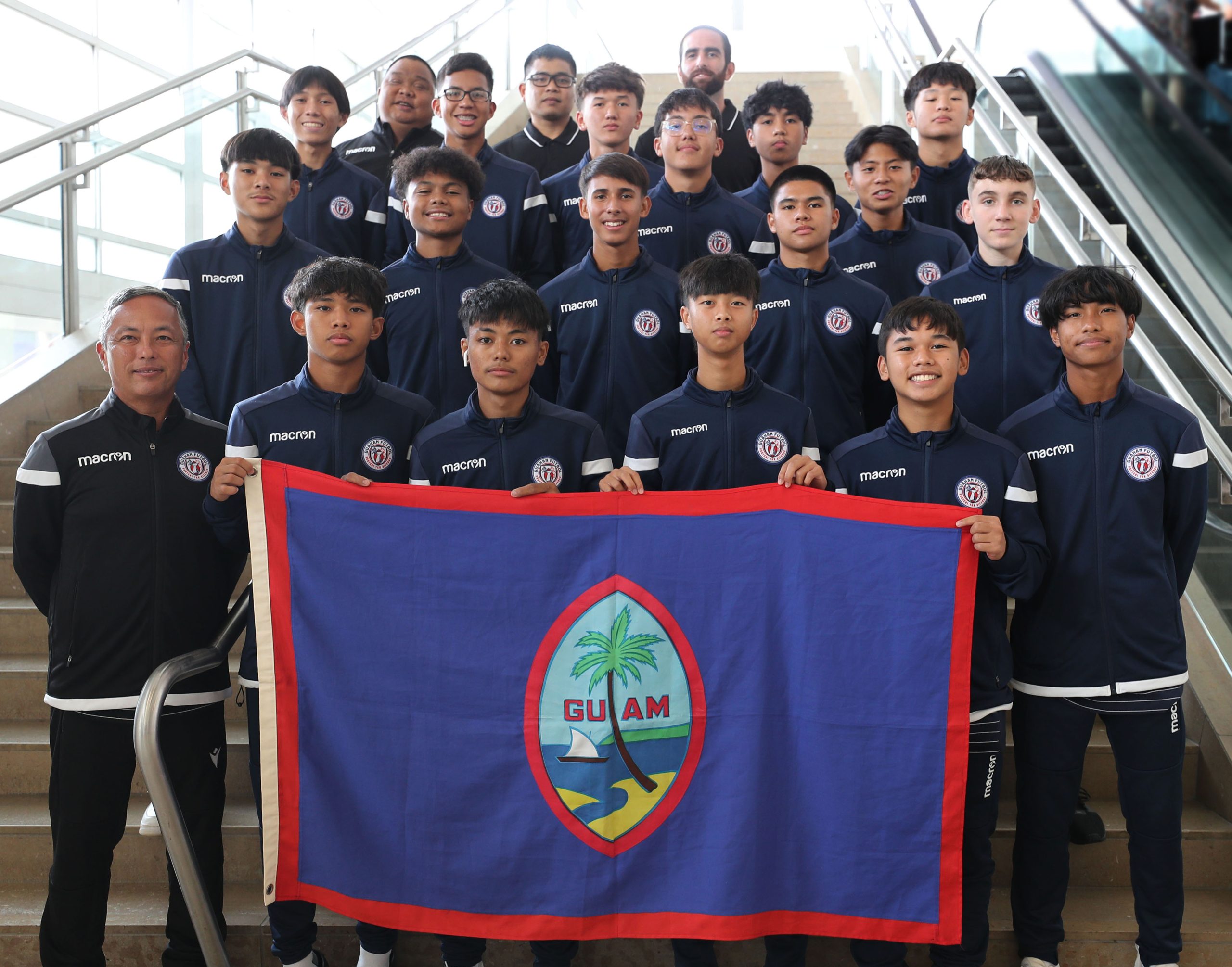 PRESS RELEASE – The Guam U17 National Team will be competing in the upcoming AFC U17 Asian Cup Bahrain 2023™ Qualifiers with a winner’s mentality beginning Oct. 1 in Bogor, Indonesia.

“This is our first AFC tournament as a team,” said Jacob Toves, one of three selected goalkeepers on the traveling squad.  “So, we expect to compete, win, and to not just give up.”

The Guam-based players and staff of the U17 team will depart Guam Tuesday afternoon to Jakarta for the qualification round. In Indonesia, Guam will compete against the host country Indonesia, Malaysia, Palestine, and United Arab Emirates. Guam’s opener will be against United Arab Emirates on Oct. 1, followed by a match against Indonesia Oct. 3. Guam next plays against Malaysia Oct. 5, before taking a three-day break. Guam’s final match will be against Palestine Oct. 9. All matches will be played at the Pakansari Stadium in Cibinong in Bogor, about 50 kilometers from Jakarta.

Winning teams from 10 different groups and the top five second-place teams will move on to the final round next year. The final round serves as Asian qualification for the FIFA U17 World Cup.

To aid in preparations for the AFC tournament, selected players and staff played in two youth tournaments in California in July: the Davis Legacy College Showcase in Davis and the 2022 Surf Cup in San Diego, in addition to training at the GFA National Training Center.