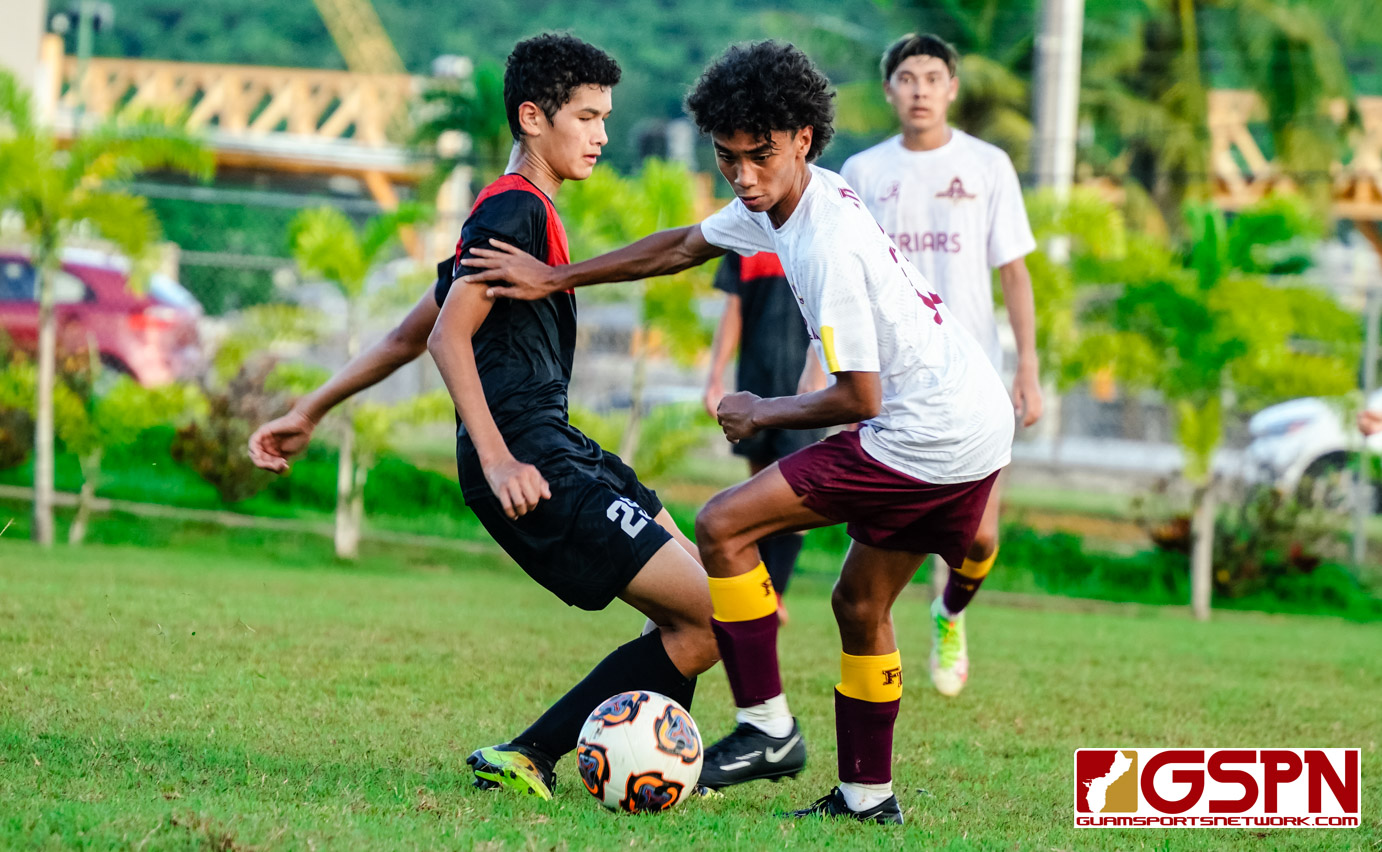 The FD Friars and the host team St. John’s Knights battled to a 1-1 draw in the final regular season game of the 2022 IIAAG Boys Soccer League. The tie leaves the Friars as the top seed heading into next week’s playoffs and the Knights are the third seed.

The Friars finish the season with no losses and two draws. The first draw was early in the season against the Harvest Eagles and second draw was Tuesday against the Knights. The Eagles will host the Knights next week at Harvest with the winner playing the Friars vs the league’s fourth seed winner.

All the action took place in the first 25 minutes of regulation with both teams scoring early and good defense from both sides taking place the rest of the contest. Meto Harmon scored for the Knights, Riley Rama scored for the Friars.

You provides assist for the Knights
“My teammate Eric You dribbled down the line on the left side. He beat the defenders and made a cross to me in the middle and all I had to do was tap it in,” said Harmon.

“I definitely think our team has a chance (to win the championship). Obviously there’s alot of people missing in the league right now and we just have to make due with what we have right now and play our best.”

Rama scores from Paho pass
“I came off the bench and got to score thanks to my teammate Kai Paho. He made a play from the right side and I needed to be patient in the box,” said Rama.

“We lost players to international play but we are just going to take that with a grain of salt and make due as we prepare for our next game,” said Rama.

Both defenses were stubborn for the rest of the contest with both goalies making key saves. Jariah San Gil from FD and Miles Ganeb from St John’s did not let anything get past them for the rest of the contest. Both teams walked away looking disappointed in the outcome but their immediate focus turns to next week in the single elimination playoffs.

The league’s top teams are without key players due to the U17 Asian Cup Bahrain 2023 Qualifiers in Indonesia. With potential All-Island players overseas, the championship is up for grabs.

“Even without our midfielders, my teammates are all able to step it up. Our bench has players that are able to come out play hard for us,” said Ganeb. “The only thing we need to improve on is our communication and to pay attention to where the ball is on the field.”

San Gil also said his team is deep and they look to win another championship. “It’s unfortunate we won’t have key players but we will work with what we have and we still have alot of talented players,” said San Gil.

Last year, the Friars defeated the Eagles to win the championship. According to San Gil, the Friars will see if they will play either the Guam High Panthers or the ND Royals in the semifinal playoff match-up.

The playoffs start next week and key players will still be overseas playing under the Guam flag. With that being said, get the popcorn ready: the championship is up for grabs.