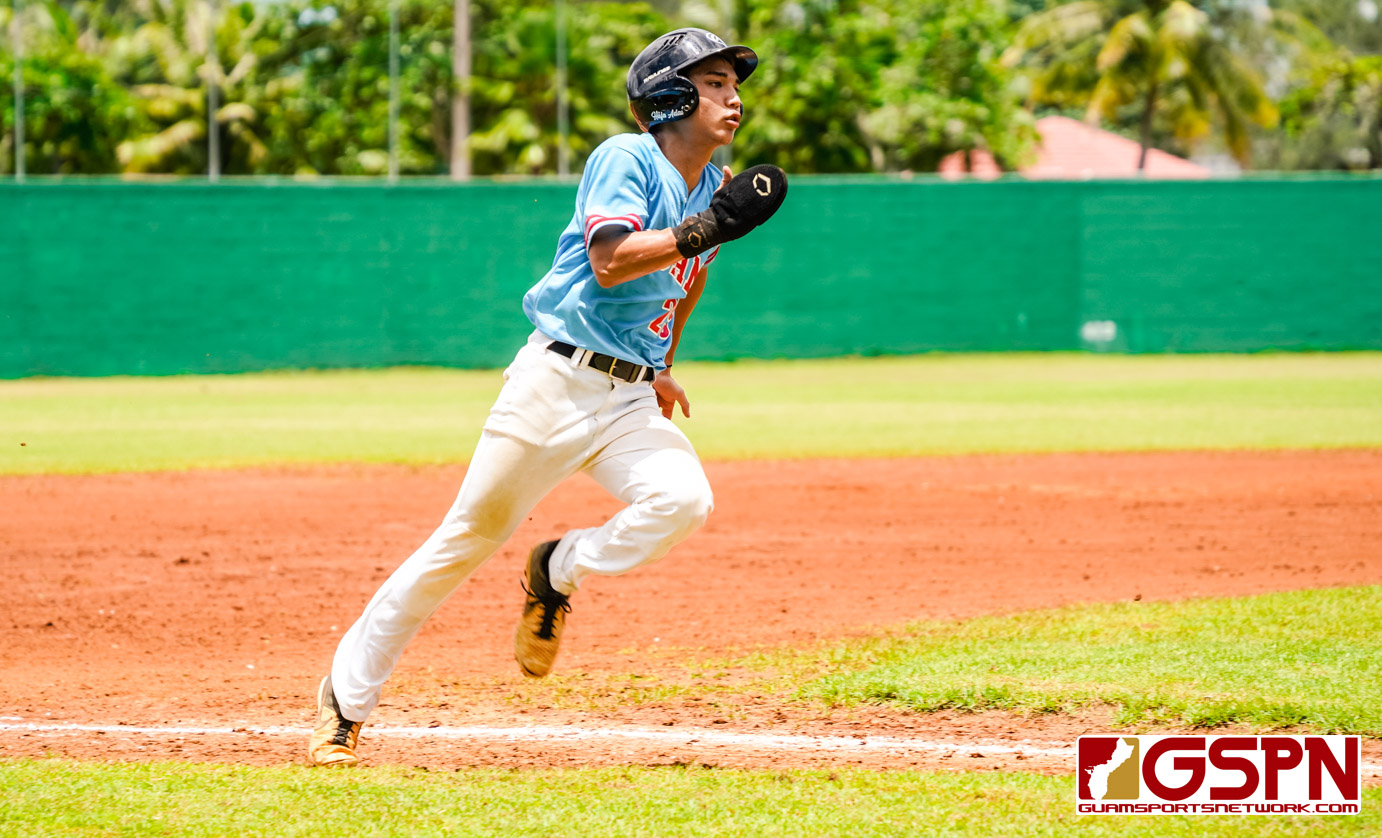 The first ever U18 Marianas Baseball Friendship Tournament brought out the sun at Paseo Stadium Saturday as some of the top young players from Guam and Saipan put their skills on display.

The Prospects, headed by manager Dominic Cruz, won both their games in back-to-back fashion to sit atop of the Labor Day tournament.

They won 6-2 against the Dubs, the other Guam team, before beating Saipan’s Scoutz 1 team 8-4 in the third and final game of the day.

“It was such a blessing to see our youth from the Marianas competing against each other again and to have really good baseball weather as well,” said tournament organizer Roke Alcantara. “I’m thankful and humbled and I appreciate everyone who is supporting us in this first ever friendship tournament.”

The Prospects, made up of mostly Notre Dame Royals baseball players with a sprinkle of FD Friars, swept their games.

In a well-played Guam vs. Guam matchup, Nolan Cruz’s two-run double off the left field wall was the highlight.

The final game between the Prospects and Saipan’s Scoutz 1 had the Guam squad take advantage of errors and a couple of RBI hits from Ricardo Leon Guerrero and Zhavier Panes that paid dividend.

“Both games were actually pretty tough,” Prospects manager Dominic Cruz said. “Teams looks to be balanced. The Baseball Gods were on our side today with runs coming in at the right time, defense was solid, however, pitching was our strength. I got to give big ups to this squad just coming together on short notice and playing good fundamental baseball.”

In the opener, Scoutz 1 lefty pitcher Kyle Omapas didn’t allow a hit in five innings of work in their 6-0 shutout over their brother team.

With the Scoutz baseball teams facing each other, they shared bats and catchers equipment. Bats would be carried from dugout to dugout in between innings and the catchers would share pass off the gear right behind home plate.

“Hats off to coach Jerome (Delos Santos) and his support group for working hard to make this happen for his young ball players (from Saipan),” Alcantara added.

Action continues on Sunday with more pool play at 9 am, 12 pm and 3 pm. Monday will host the semifinals at 9 am and 12 pm with the championship game at 6 pm.