Guam yet to score in Asian Cup Qualifier 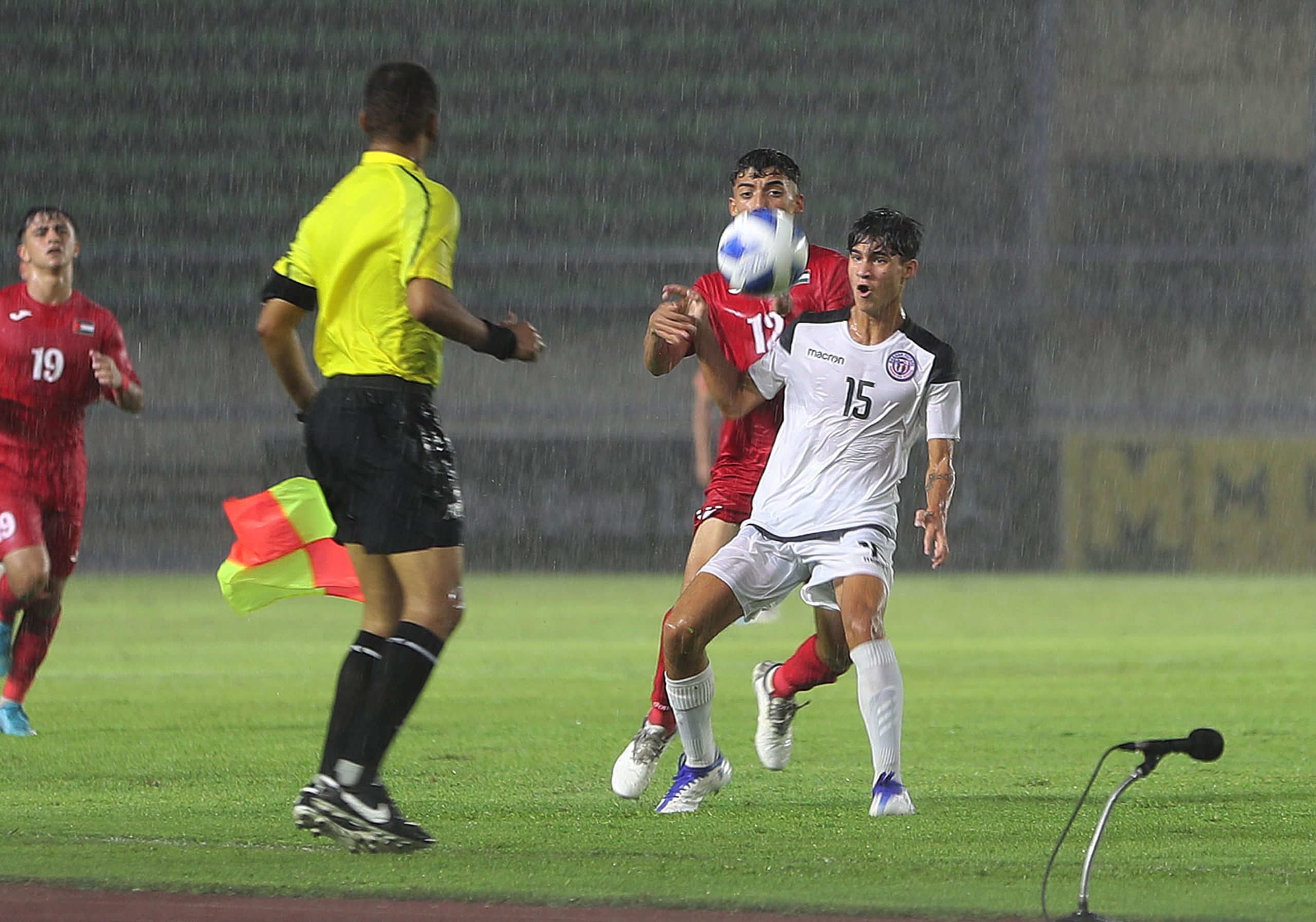 PRESS RELEASE – The work continues for the Guam U20 National Team, set to face off against group favorite Japan on Match Day 3 of the AFC U20 Asian Cup Uzbekistan 2023™ Qualifiers in Vientiane, Laos.

Guam fell to Palestine 5-0 in Match Day 2’s first match, while Japan eked out a 4- 0 win over host country Laos in the day’s final encounter delayed 30 minutes due to heavy rain and field flooding.

“(The match against Palestine) was a hard lesson about understanding the kind of mentality we need to perform well at this level,” said Dominic Gadia, Guam’s U20 National Team Head Coach during the post-match press conference. “For the next match against Japan, we just need to make sure we recover and get ready in terms of our fitness and monitor any injuries we picked up – we need to do these properly. But as I said after the first match, we’re trying to improve after each match. There was some improvement in the match against Palestine – I want the team to apply everything learned in the first two matches for the next match against Japan.

“I wanted to add a thank you to all of our supporters – we see the support on social media, on chats, in the stadium, and from other local supporters here in Laos we’ve met – we hope we’ll continue to make you all proud,” Gadia added. Palestine secured a much-needed win after a 2-2 draw with Yemen on opening day, but it wasn’t easy for the team to meet their objective, especially in the second half.

“Overall, we had a good first half and we could score goals,” said Husam Younis, Head Coach of the Palestine U20 National Team through a translator during the post-match press conference. “In the second half, we still managed to control, but without any active attack because of the atmosphere and later the rain. It all affected us in a negative way – the players and also the level of the match in general. We were losing focus, and even some players in front of the goal.

“In our first match, we drew with Yemen, but in the match against Guam, overall, it was better for us. We could score and we reached our goal of five goals,” Younis added.

Monir Albadarin scored twice for Palestine and teammates Danny Derbas and Khalid Abuaelhaija also scored. Palestine’s other goal came on a Guam own goal in the 11th minute.

Guam will next play against Japan at 4 p.m. Laos time Wednesday at the KM16 Laos National Stadium after one rest day. Palestine will get two additional rest days before playing against Japan on Sept. 16. Guam will play its final match of the tournament on Sept. 16 against Yemen following the Palestine-Japan fixture.