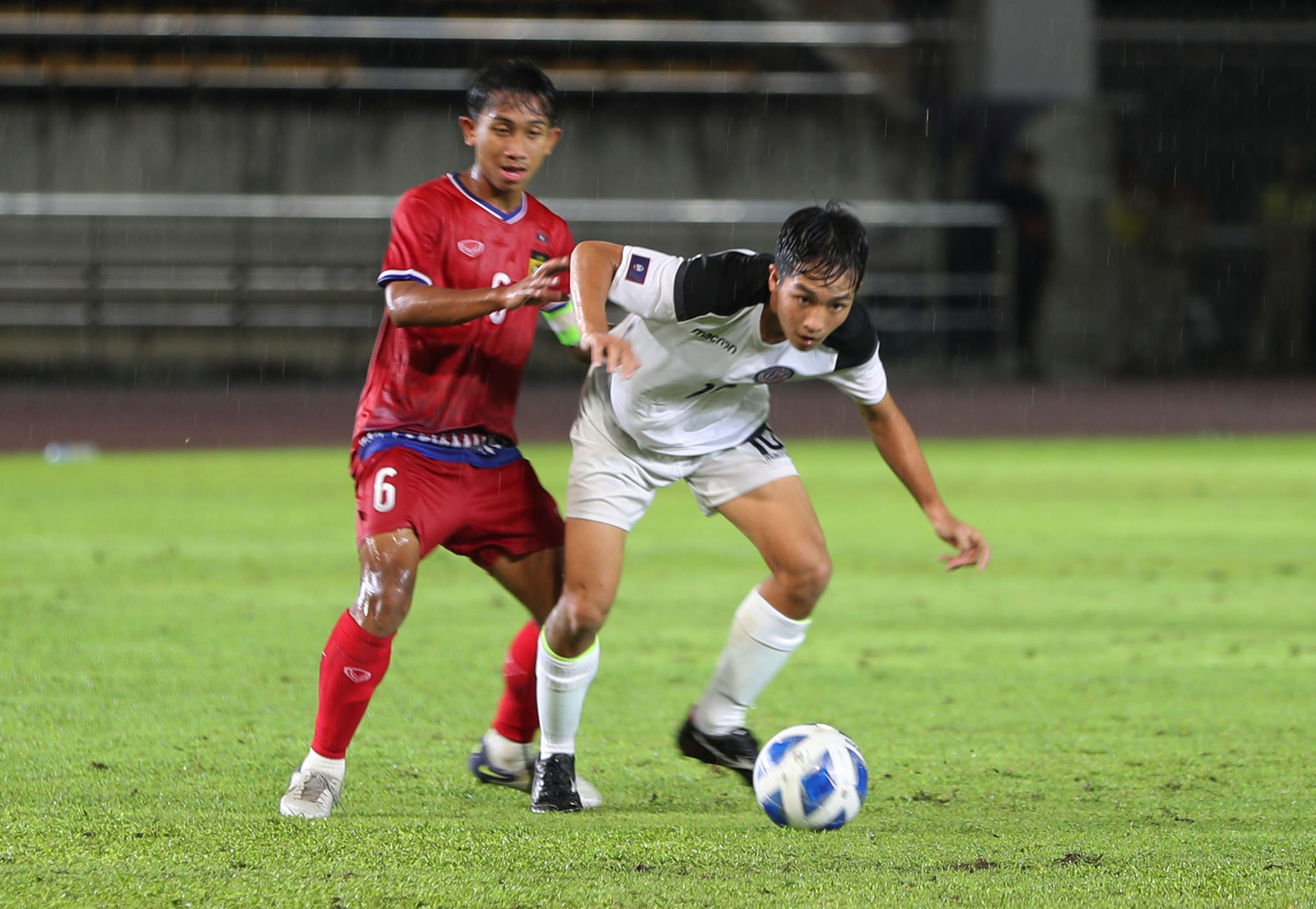 PRESS RELEASE – After nearly three years without international tournament play, the Guam U20 National Team has identified areas to build on after a 3-0 loss to Laos on opening day of the AFC U20 Asian Cup Uzbekistan 2023™ Qualifiers in Vientiane.

“Credit to the Laos team – they’re riding on a wave of success with wins in regional tournaments against their rivals and have made significant improvements coming into this tournament,” said Dominic Gadia, Guam U20 Head Coach. “Our players see the higher level of play now and know this is where they want to be. We’ll continue to work on addressing performance gaps with the objective to get better with each match, especially with opponents from higher pots in the draw coming up. We just keep moving from here.”

Guam’s team arrived in Laos Wednesday evening with two days to prepare for the opening match. Thirteen players from Guam met with seven players based in the United States to complete the team.

Of the starting players, four made their debut for Guam in an AFC tournament: Levi Buckwalter, Ka’eo Gonsalves, Shuntaro Suzuki, and Elija Ochoa. Two additional players coming into the match as substitutes – Nathaniel Mortera and Kekoa Kukahiko – also made their debut.

Anantaza Siphongphan and Chanthavixay Khounthoumphone each scored one goal for the host country in the first half and Athit Louanglath added one in the 88 th minute for the final 3-0 score.

All matches will be played at the KM16 Laos National Stadium.