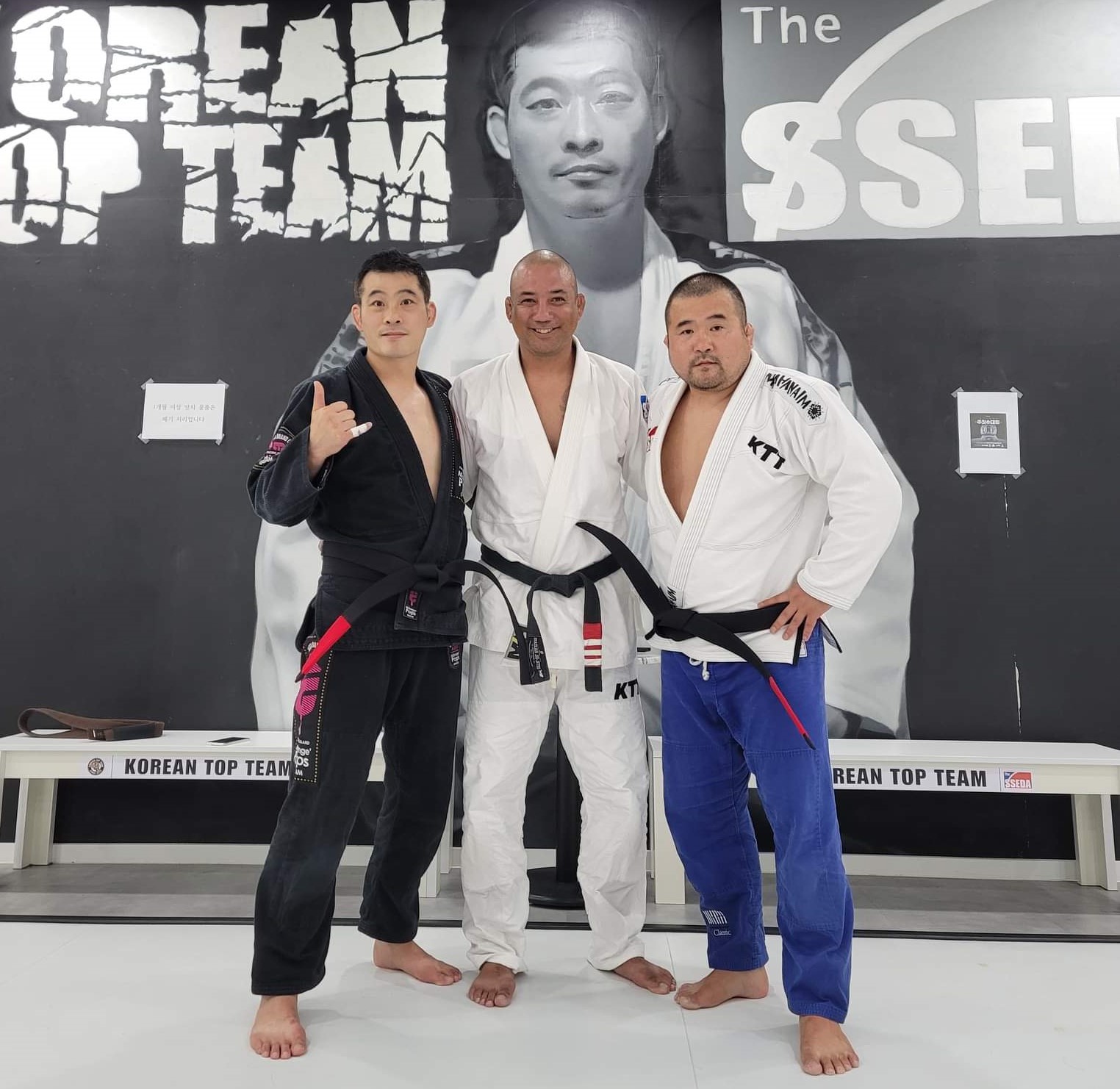 Mike Ulloa, 3rd degree black belt out of Spike 22, had the distinct honor of promoting a couple of South Korea’s finest jiu-jitsu and mixed martial arts coaches to black belt on July 1st in Seoul.

What started out as foes in 2011 turned into family over the past decade and with that, Ulloa promoted Korean Top Team head coaches Dongjin Ha and Hyun Kwon Kil to jiu-jitsu black belts.

It was PXC 24 in June 2011 that featured PXC’s first Manila event ever at World Resort. Coaching from opposite sides of the cage were Ha and his KTT crew going up against Ulloa, Melchor Manibusan and the Spike 22 crew.

From there, a friendship grew to this day as KTT frequented Guam and Saipan MMA events for PXC, Trench Wars and Brawl.

“KTT and Spike 22 have competed against each other many times,” Ulloa said. “We have always had a good relationship with them. Three years ago, I promoted Coach Ha and Coach Kil to brown belt here on Guam. They were purple belts and after some discussion we decided to partner up.”

Ulloa, who has been a jiu-jitsu black belt since 2009, spent time in Korea and held three training sessions and three seminars in one day at KTT Ilsan, Seoul and Gimpo.

He said he knew it was time to promote the KTT coaches to black belt.

“On top of producing world class competitors, for a long time I saw what they were capable of while training together throughout the years.”

KTT is expecting to have fighters compete in the upcoming Brawl event scheduled for November.

KTT Seoul: Home of UFC fighters Da Un Jung and Jun Yong Park. Jung is 4-0-1 in the UFC light heavyweight and ranked 20th in the world. He lost to Roque Martinez in 2015. Jung fights this weekend in UFC on ABC 3.

Park is 4-2 in the UFC coming off a big win over Eryk Anders.