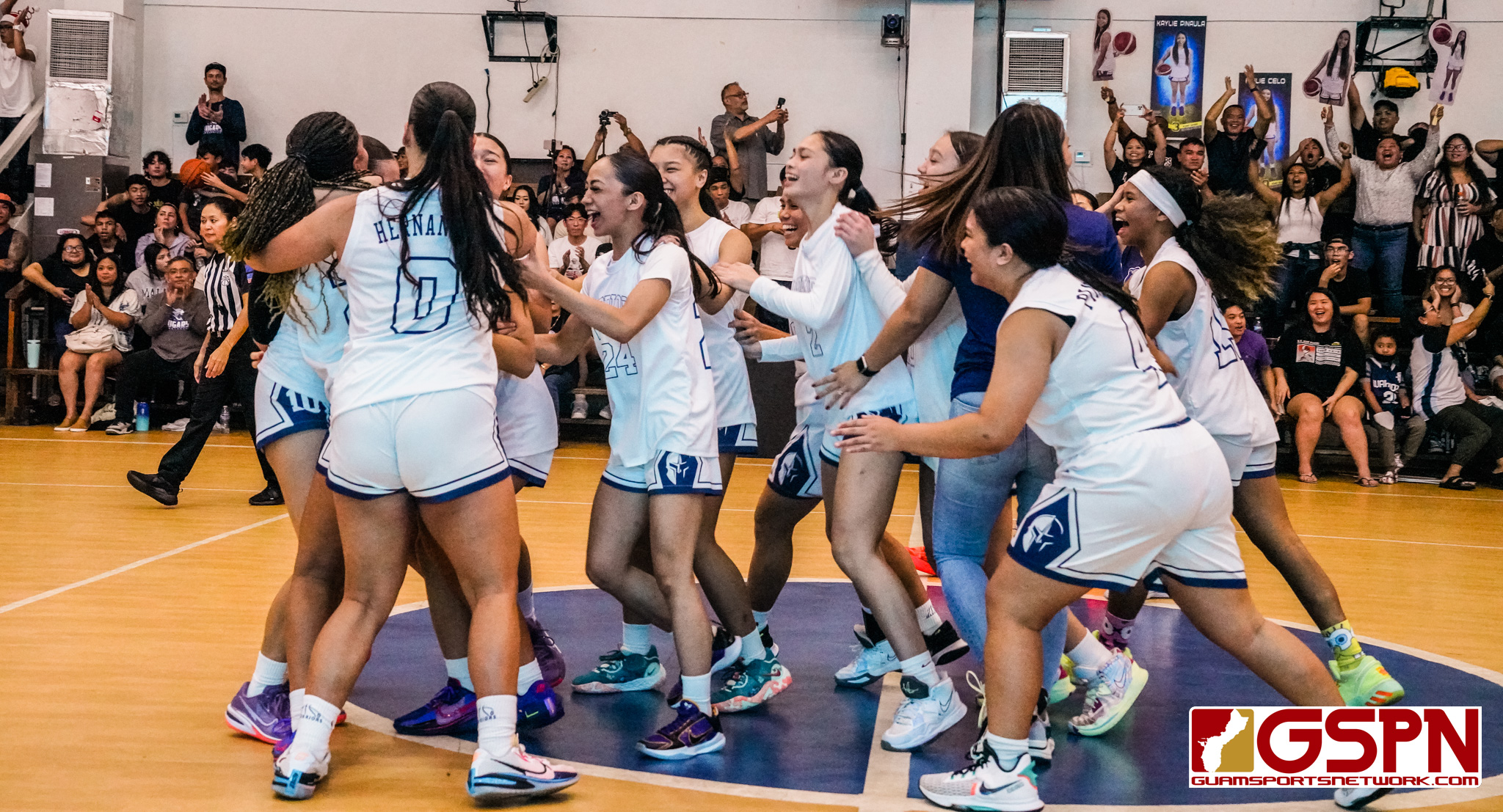 The St. Paul Warriors are back on top of the IIAAG Girls Basketball League after defeating the Academy Cougars 47-44 on their home court Friday night. The Warriors survived a feisty Cougar team that nearly pulled off the upset against the undefeated Warriors.

Make that five championships in six years for the Warriors who lost last year to the Cougars. Friday night’s title is the first for new Warriors head coach Derin Stinnett.

Academy opened up the contest on a 14-6 run. The Cougars were ready for the Warrior press and stayed patient on offense to get open shots. Academy head coach Jimmy Yi made adjustments from their regular season meetings and his team responded.

Maria Paulino made open shots to put the Cougars ahead, scoring six points to open the contest. Paulino and guard Tori Rapadas did work on both ends of the court to establish early momentum.

The Warriors regrouped in the second quarter and went on an 8-0 run. A’lura Hernandez and Anaya Mudzimarena had their way down low and commanded the boards to give the Warriors second chance points.

After trailing in the first quarter, Sazzanei Quintanilla hit two three-pointers in the second quarter to help the Warriors go up 30-20 by halftime.

“They knew our plays and presses so we switched it up with new presses and defenses and just never gave up.”

Kailie Celo and Ryanna Ngirchomlei did work on both ends of the court in the third quarter for the Warriors. The Warriors maintained a comfortable lead until the start of fourth quarter.

Playing with four fouls, Paulino started the fourth quarter and made an immediate impact. Paulino scored on back-to-back plays and momentum was suddenly shifting in favor of the Cougars.

Moments later, Paulino committed her fifth foul and was forced to sit the rest of the game. The Cougars continued to claw their way back into the contest with Madeleine Ada and Rapadas scoring to trim the deficit to 42-39 with a little over three minutes remaining.

Rapadas fouls out after she started to heat up and Academy was to play the remainder of the contest without two key players.

The Cougars had three opportunities to score in the final two minutes but good defense from the Warriors caused the Cougars to attempt low percentage shots. Jeneva Guerrero hit one of two free throws in the final minute of the game which were the last points scored for Academy.

“Coach (Stinnett) told us to slow it down because we were rushing on offense. She said this is our game to win and we worked so hard all season to let them (Academy) take it away from us,” said Mudzimarena.

It was sloopy, but the Warriors were relieved to escape and win on their home turf.

“We all worked hard the whole season for this, it feels great to win back the title,” said Hernandez.

Both Hernandez and Mudzimarena grabbed offensive rebounds off missed free throws to keep the Warrior possessions alive. The Warriors out-rebounded the Cougars 45-24.

Quintanilla had eight points; Celo and Ngirchomlei each scored six points for the Warriors.

Paulino, a sophomore, had 15 points, five rebounds and three steals for the Cougars. Rapadas had 12 points and four assists, Ada had seven points.