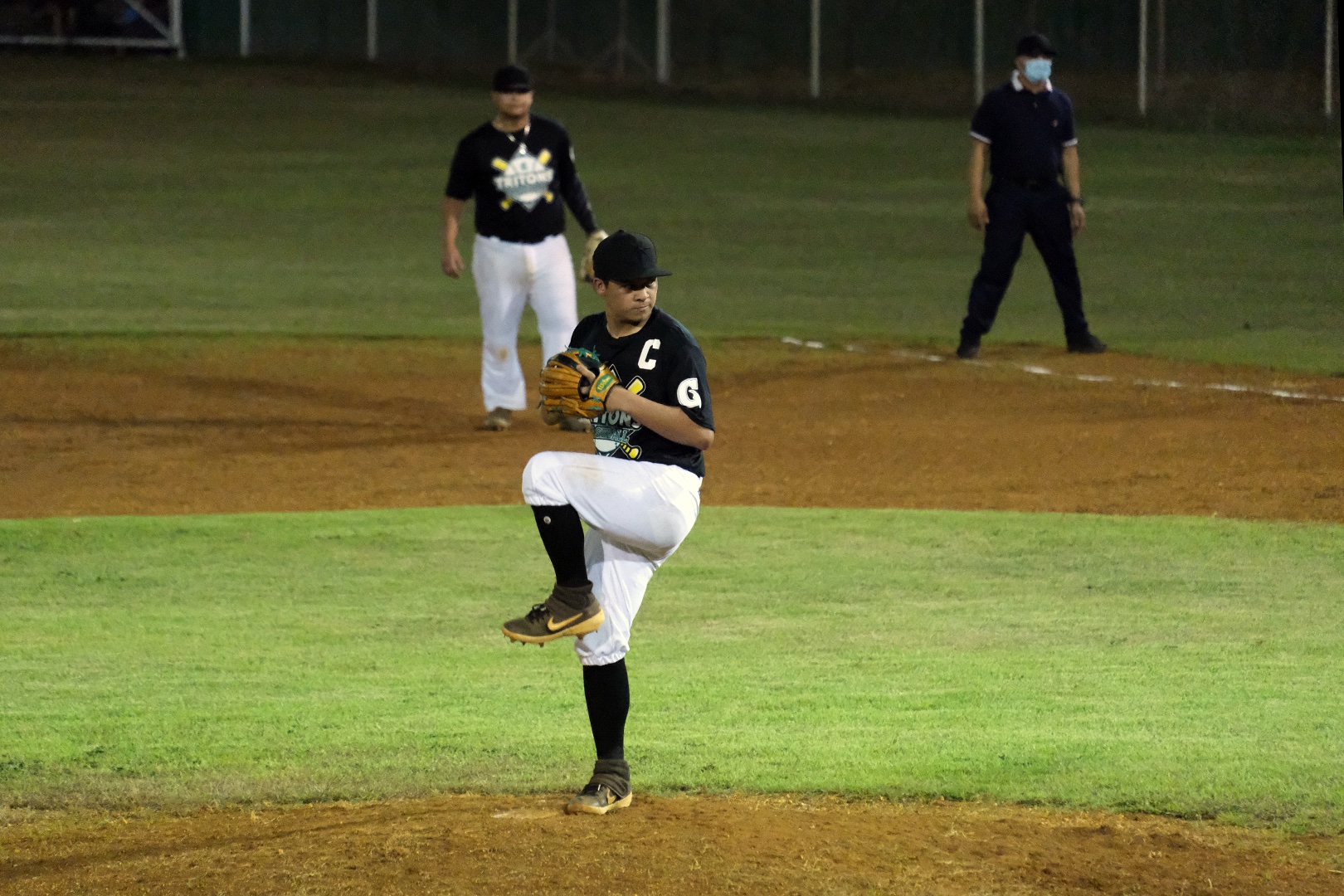 PRESS RELEASE – On Tuesday night at the Jesus & Eugenia Leon Guerrero School of Business and Public Administration the varsity athletic teams of the University of University of Guam announced their award winners for 2021-22 academic year, as UOG returned to the playing fields and courts of their varsity athletic programs in the spring of 2022.

The Tritons also announced their Student-Athlete of the Year, the biggest award of the year for a student-athlete at the University.

The program featured welcomes by Dr. Thomas W. Krise, President of UOG, as well as Dr. Lawrence Camacho, Dean of the Enrollment Management and Student Success at UOG, a state of Triton Athletics talk by Athletic Director Doug Palmer was given and a keynote speech by Leo Paumo, a local sports media favorite on Guam as well as a local basketball referee.

Doug Palmer stated that the Tritons had returned in a big way in 2021-22 with the return of the Triton Baseball program under Head Coach Roke Alcantara Jr. as a major accomplishment for the department as well starting a women’s rugby program with head coach Kayla Taguacta-Chiong bringing the only athletic program participation to the fall of 2021. Plus, the return of both men’s and women’s basketball bringing the UOG Calvo Field House back to full use again and setting the stage for live and well attended graduations to the island too. Men’s soccer did not play in 2021-22 but Head Coach Dylan Naputi had recruited a full squad to UOG and practiced for most of the academic year to prepare when the Guam Football Association does return to adult play on Guam.

The head coaches of each sport gave out their awards to the teams which included Most Valuable Players, Best Offense, Best Defense and Sportsmanship.

Each Most Valuable Player was placed in the pool of candidates for the Student-Athlete of the Year and Arren Yatar was picked by Athletic Director Doug Palmer for that award, based on his individual accomplishments for the UOG Baseball Team which included a combined no hitter, with Arren pitching 6 innings of the 7 inning no-hitter against the Sumay Chiefs and also pitching a 9 inning complete game against the Yigo Typhoons for a victory in which Arren threw over 160 pitches in the game.

Said Palmer “The Triton Baseball Team is doing well in the Guam Major League and Arren Yatar is one of the major reasons for this success, plus his individual work as a pitcher is superior to most of the league”.

Palmer says a full athletic program will return in the fall, to include the current sports as well as women’s soccer and women’s volleyball too. The department will hopefully have seven programs playing in the fall semester of 2022 and help UOG increase enrollment and continue to promote the university through athletic success and being a key player in Guam sports.

Student-Athlete of the Year