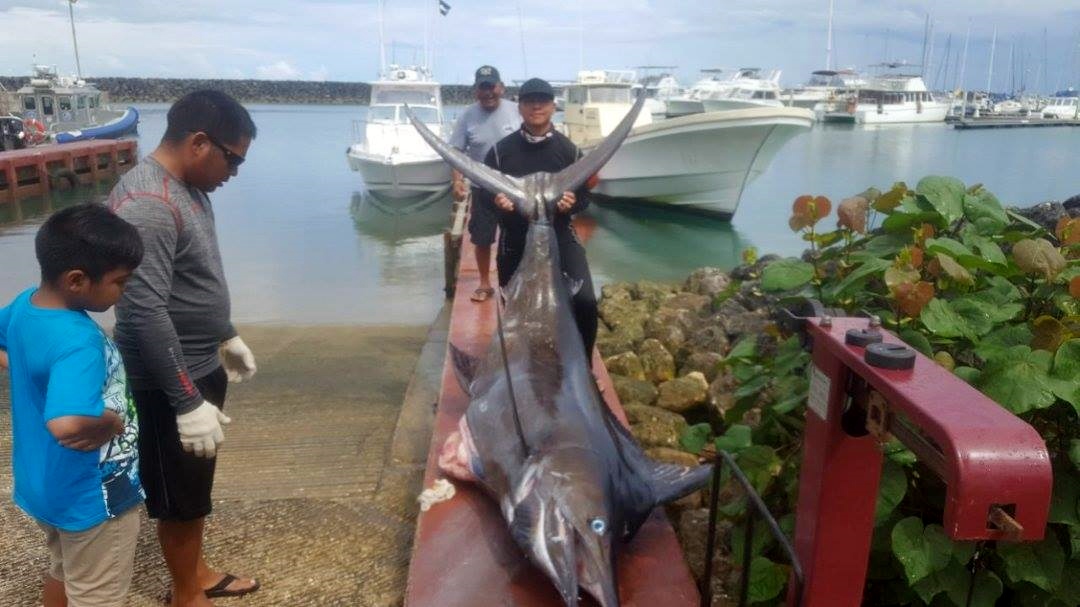 ‘Debbie I’ reeled in the biggest marlin (511 lbs) in the 22nd Marianas International Fishing Derby over the weekend.

“It wasn’t a fight, it was a battle,” said captain Roque Chaco. “The reel broke so we handlined the marlin for over 30 minutes until we tied the main line to another reel and started cranking him in. It took over two hours before we got him to the side of the boat and secured him.”

The marlin bit the hook around 6:20 am Sunday about a mile by Facpi 2 buoy.

Here are the other results: