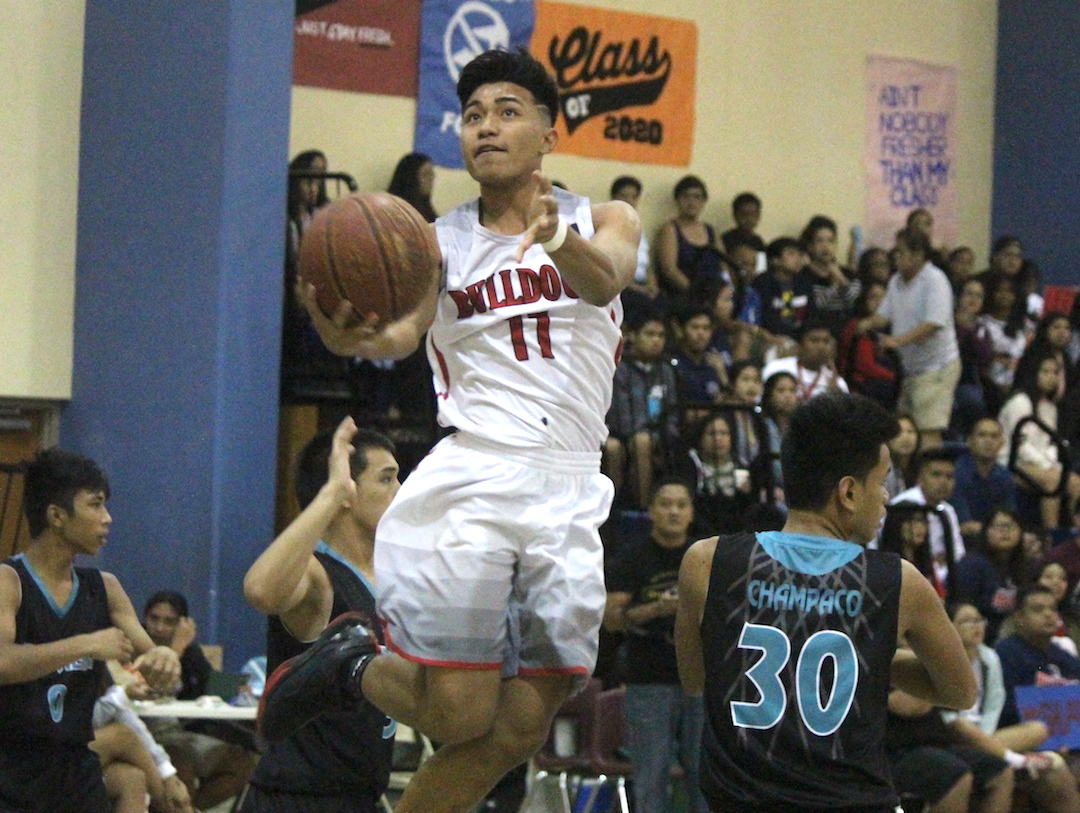 The Bulldog family honored the late Mar De Guzman, former Bulldog athletic director, who passed away late in 2016 with a special jersey presentation to De Guzman’s son Evander before the homecoming festivities.

Okkodo hadn’t scored their first points until under two minutes left to play in the 1st period before taking full command of the game in the 2nd quarter. Falling behind 7-0 to start, Enriquez and teammate Athan Arizanga helped give the Bulldogs their first lead 16-15 just two minutes into the quarter after the pair traded buckets.

Enriquez then converted on back-to-back three pointers, capped off by a steal and easy transition bucket to end a 20-4 game changing run. Okkodo scored 13 of their points off Southern turnovers in the quarter.

“It was coach Dez telling us to focus on what we need to do. We were really focused on tonights game and we tried not to do anything special. We had a mission and we’re getting better each game,” stated Enriquez on what inspired the Bulldog in-game turnaround.

The Bulldogs never looked back with Southern not being able to break the double-digit deficit for the rest of the contest. Arizanga scored 15 points, the only other Bulldog in double figures.Enriquez scored 13 points in the second quarter and 10 more points in the 3rd to keep Okkodo’s lead safe.

Phil Jardeleza led Southern with 13 points while trying to orchestrate a late comeback after going on a person 5-0 run in the final period to get his team as close as 62-52 with two minutes left in the game. Enriquez closed the door immediately after picking off a lazy pass that turned into two more points, part of his big night.

It was a rough start for the Bulldogs after dropping their first six games of the season before finally picking up a win. The three-game win streak improves to four giving Okkodo much needed momentum with the playoffs beginning next week.

“We have to just keep pushing forward. It’s a bunch of our last years and we really want to win a championship,” added Enriquez.

The Dolphins fall to just (1-8) on the season as the top four teams of the league will get a first-round BYE. The playoff format will allow both the Bulldogs and Dolphins into the playoffs with the single elimination rule taking affect.