Two powerhouse teams battled it out at the Country Club of the Pacific (CCP) in an early IIAAG Golf matchup that had major implications to determine the champion. The defending champion for both boys and girls, the St John’s Knights, went against the Academy/FD squad with the winner of the match having good position to win the IIAAG championship. 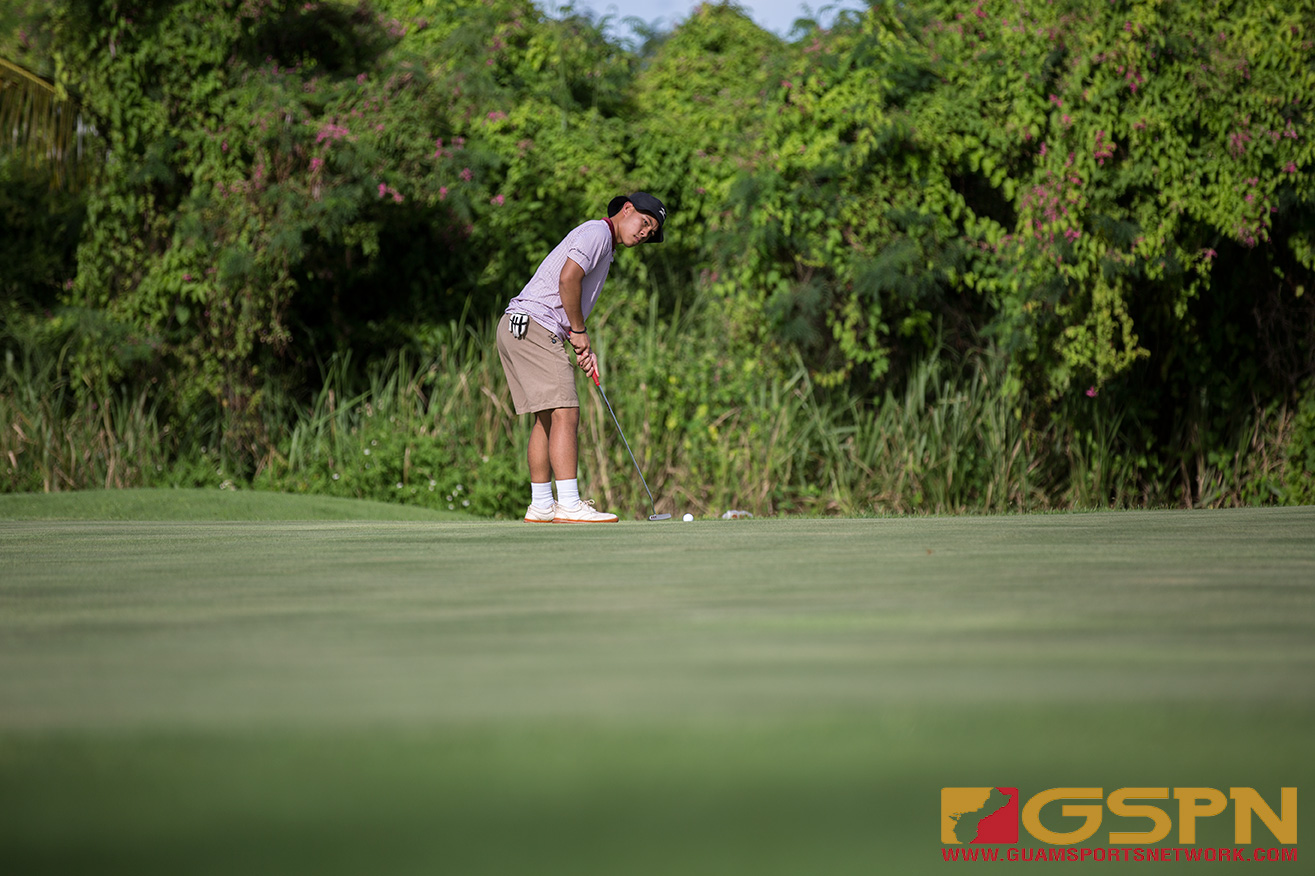 Two powerhouse teams battled it out at the Country Club of the Pacific (CCP) in an early IIAAG Golf matchup that had major implications to determine the champion. The defending champion for both boys and girls, the St John’s Knights, went against the Academy/FD squad with the winner of the match having good position to win the IIAAG championship.

According to the IIAAG Golf format, the team with the best regular season win-loss record will determine the champion. Both teams are arguably the best in the league, stacked with talent from top to bottom so the winner of the match would essentially be in the driver’s seat to at least to win the title. The individual all-island meet takes place at the end of the season.

The battlefield was the back nine at the CCP course and before the sun set, Academy defeated the Knights winning 2.5-1.5. The boys match went down to the last putt with Phillip Suhr from St Johns and Raine Delos Reyes from FD making clutch putts to avoid the loss. FD and St John’s tied 2-2, they meet again later in the season at the Knights’ home course at the Mangilao Golf Course.

The Cougars seized the moment and went ahead early to hold on for the 2.5-1.5 victory. The top seeds from both schools went against one another in a possible preview of the all-island championship. Kalina Sunga from St Johns and Tia Taitingfong from Academy went head to head with Sunga winning an 8-7 nail-biter.

Taitingfongs teammates stepped up with two teammates defeating their St John’s opponents and the other teammate playing to a draw.

“Alot of the girls on the team are beginners and some haven’t played on this course at all or in a while,” said Sunga. The Knights will have their work cut out for them if they wish to repeat as champions with a tough matchup against Harvest and Academy again in the second round.

“We just need to practice more together as a team, practice makes perfect,” said Sunga. Sunga and Taitingfong have been dueling for the passed three seasons, look for both to contend for the all-island title.

Taitingfong was just glad her team won, but she said there is still room for improvement as the season progresses. “We need to look at what we are doing wrong and practice and focus on improving,” said Taitingfong. The Cougars will take on the Harvest Eagles on Septmeber 19th.

Friars and Knights tie
The highlight match was between three time all-island champion Brentt Salas from FD and Masaki Ujie from the Knights.  Salas said he was unable to maintain his lead in the final holes, faltering on the greens. “I missed a couple of putts towards the end,” said Salas.

Ujie was steady and parred each hole he played in the back 9. Salas opened with a bogey but shot back to back birdies on the 13th and 14th holes to take a one stroke lead. Salas bogeyed the final hole to finish even with Ujie. “It was definately a learning experience today,” Salas. Here are the scores for the boys match:

“It was good to face good competition today so at least we know what we need to work on to get better,” said Delos Reyes.

(All photos by Michael Ebio)