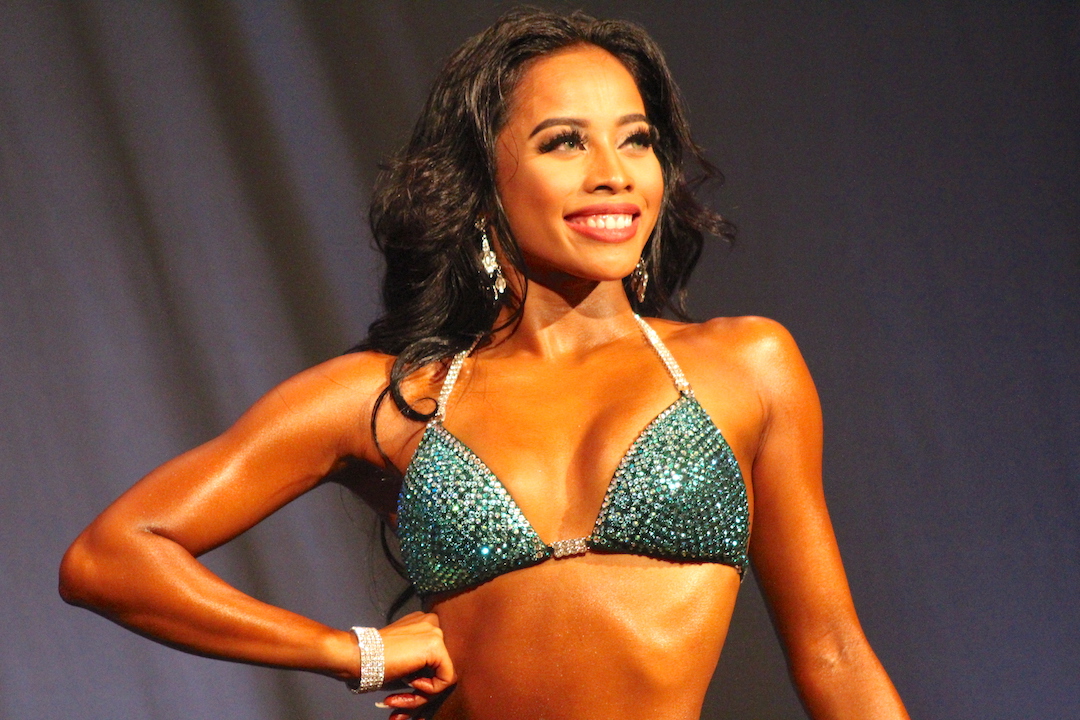 Stealing the show was the entire women’s Bikini Short Division which presented the judges with a lengthy decision process. With half the crowd chanting ‘Tori’ for Victoria Espaldon and the other half screaming ‘Camy’ for Camerin Mendiola, the crowd didn’t quite down until the awards were announced.

Despite deciding to compete in the Bikini Division just four months out for the first time ever, Espaldon was crowned 1st place, stunning no one more than herself as she didn’t think she’d even place.

“My parents told me to go in humble and that’s what I did, just come out with an open mind. I wasn’t expecting to place, let alone win, but when I heard my name called I was shocked and super happy,” admitted Espaldon.

Espaldon gave a lot of credit to her trainer Desiree Eay, who had been casually planting the idea to Victoria to compete, and her parents who were instrumental in her diet. Eay saw a lot of potential from Espaldon during her Core 6 classes and was very confident in Victoria heading into Friday.

“When she told me that she wanted to do it in July I was all in with her. I’ve seen her work ethic and she gives more than 100% day in and day out with whatever she does. I knew that this would just be another competition that she’d five her 100% in. I was confident knowing that she, regardless of what happened, was going to go in and standout,” said Eay.

Espaldon went on to win Overall Bikini as well. She admitted that winning this event already has her thinking about next year.

“My body will be so much more conditioned with a full year of training, but a girl likes to eat so I don’t know if I can do the meal prep everyday,” laughed Espaldon.

“I’m already thinking bigger picture, but we’ll see where Tori is at and what she wants to do,” added Eay.

From not placing as a first year competitor in 2016 to winning a stacked Men’s Physique Middle Divison with 11 total competitors in 2017, Joshua Cantara was riding high.

“My goal was to beat my position I was in last year, but I had no idea I was going to win. This year, I think the biggest change was the mindset I had during training. It’s crazy going from not placing to 1st place, I guess hard work speaks for itself.