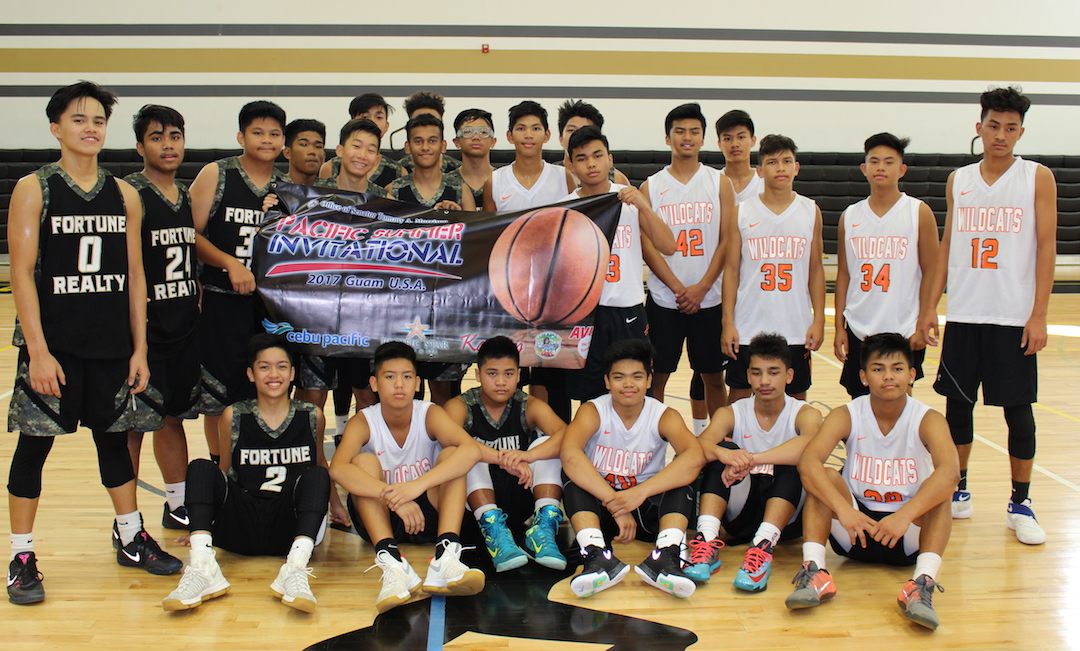 Three local youth clubs along with one visiting team from the Philippines participated in the tournament organized by the Kaizen group. Fortune Realty, the Knights Club and the Wildcats welcomed the team from Pampanga, Philippines for the weekend tournament.

After defeating the Philippines on Friday night, Fortune continued to roll with a 64-30 victory over the Knights Saturday morning. Brandon Miranda led the way with 14 points (all in the first half), Jesse Martin chipped in 12 points for Fortune Realty. Fortune later defeated the Wildcats club 75-52 later in the afternoon to remain undefeated.

“So far, one thing we have going for us is our team chemistry. We work well together and we’ve also been shooting the ball good,” said Miranda.

“This is a great tournament because the guys on the team get exposed to a different environment and different competition,” said Miranda.

The loss drops the Wildcats to the third seed; they will play the Knights in the playoffs. The Knights, composed of the Wendy’s IIAAG middle school all-star team will face the Wildcats Club, composed of current and former players from Untalan Middle School.

The lone visiting team is from De La Salle University (Pampanga Select) in the Philippines and they will play Fortune in the first round after falling to the Knights in their final regular pool play game.  Jon Sevilla led the Knights in scoring with 15 points, Elijah Garrido added 11 points. The Knights and the Wildcats will battle at noon with the winner going to the championship game.

Jarell De Juan led the Philippines in scoring with 18 points, Devon Diez chipped in 16 for the visiting team.
“We just have to do better on defense. We haven’t played our best defense in this tournament,” said Diez.

Diez hails from Cavite and is the starting point guard for the Philippine team.

“Win or lose, we are all enjoying and learning from this experience,” De Juan.

The visiting team is enjoying the island hospitality. “I’m enjoying the scenery and the food that Guam has to offer,” said De Juan. “It’s different from the Philippines, the beach here is very nice,” said Diez.

The tournament champion will be determined Sunday at 4pm. The four teams will battle in the playoffs which start at 10am (Fortune Realty vs the Philippines) and 12pm (Knights vs Wildcats). The winner of the first two playoff games will advance to the championship at 4pm; the two losing teams will play at 2pm for third place. All games will be at the Tiyan High School gym, adults get in for just $2 and students are $1.