A pair of GBA games took over the UOG Field House Tuesday evening as the playoffs vastly approach. The KFC Bombers took on the AutoSpot Phoenix Sons while Mactech and the Toothfairies wrapped up the late game. 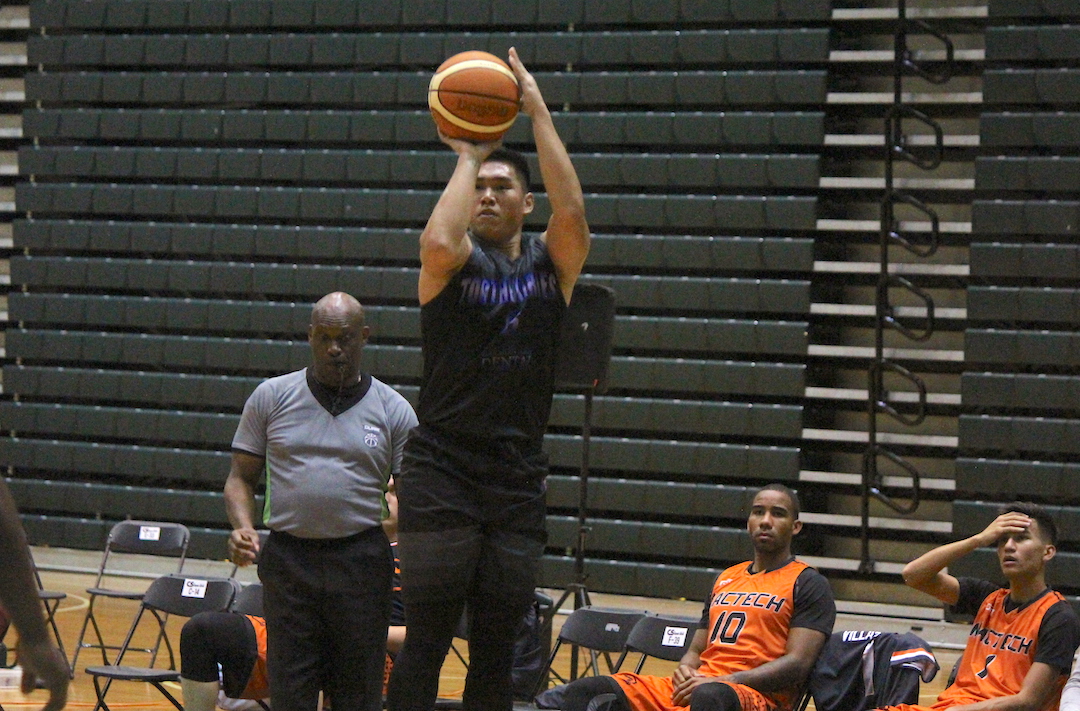 A pair of GBA games took over the UOG Calvo Field House Tuesday evening as the playoffs vastly approach. The KFC Bombers took on the AutoSpot Phoenix Sons while Mactech and the Toothfairies wrapped up the late game.

Earvin Jose scored a monstrous 32 points, including eight three-pointers, to help lead the Toothfairies to a big 97-91 win over Mactech. Jonathan Triplett scored a team-high 26 points while collecting seven rebounds to pace Mactech.

Closing quarters was big for the Toothfairies after their close lead was at its thinnest with Mactech getting as close as 79-80. Edgaro Baza proved big with 21 points off the bench for the Toothfairies with Kirk Long checking in to handle point guard duties at the half.

The one-sided contest stayed on the side of the red-hot Bombers as guards Ledget Glover and Trahan Ryheam scored 31 and 30 points. Seve Susuico scored 26 points for Phoenix as the KFC Bombers never relinquished their double-digit lead.

KFC Bombers Christian Torres drives to the bucket around defender Julius Yu for two of his 18 points. (photo by Robert Balajadia)