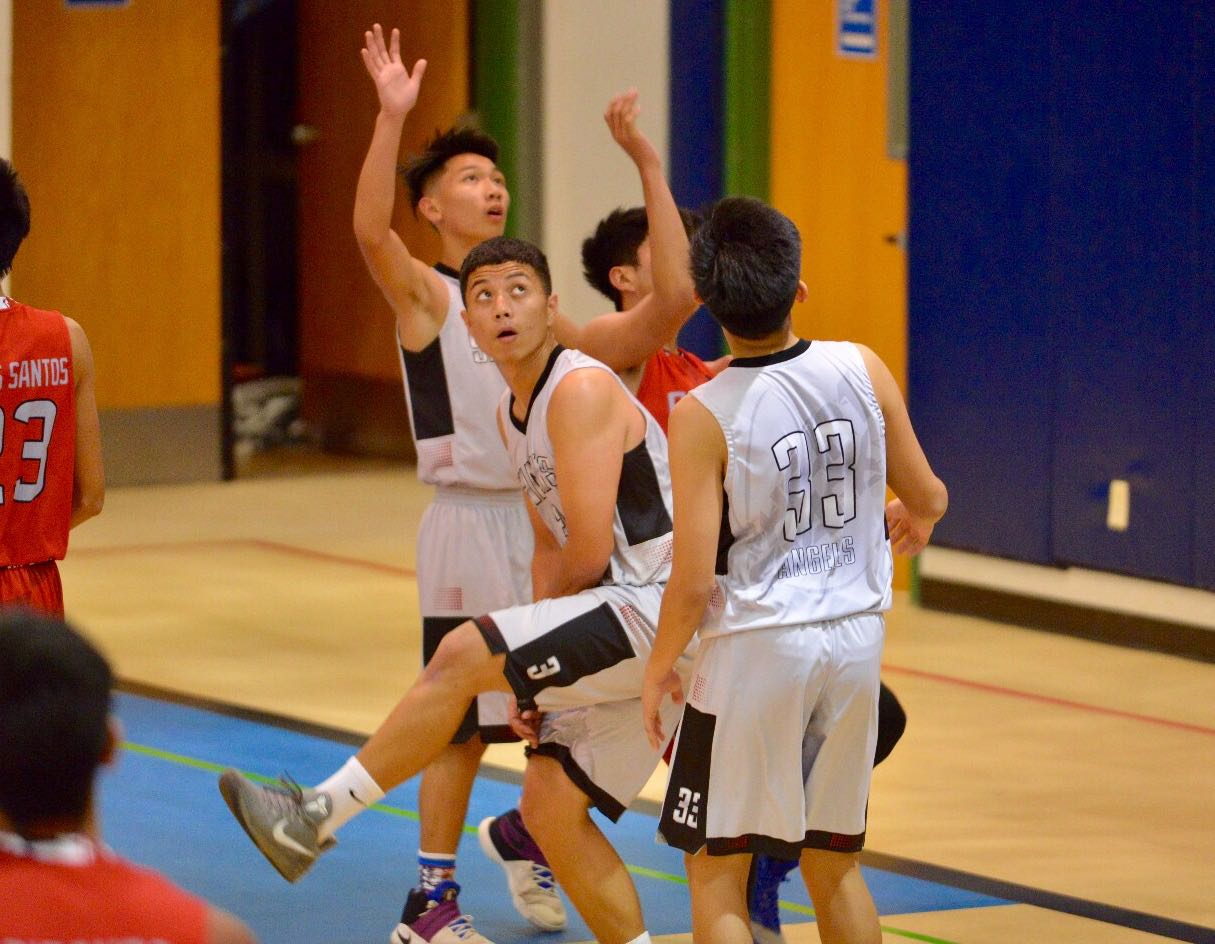 The John F. Kennedy Islanders are the lone undefeated team in the GBC-IIAAG 3rd Annual JV tournament after defeating the Okkodo Bulldogs 1 Monday at Guam High.

In the battle between the top two teams, the Islanders’ kept their composure to pace a 60-56 win.

With the win, the Islanders will wait for the winner of the third place game. The two Okkodo teams will battle 10 a.m March 4 at Okkodo for the right to play JFK, who has to be defeated twice to lose the championship. Championship game will be played at 12.

Okkodo 2 earned the right to play for a shot at the title after defeating Simon Sanchez in the early game 47-44.

In the battle between the two undefeated teams, the two duked it out, trading baskets for a 16-15 first quarter score. In the second quarter, JFK’s Chris Marikami and Rolf Manalac put on a 10-point performance to take a 28-24 lead going into the half.

With the Islanders’ Jerry Ngiraremiang and Marikami cranking up on the offensive end, it was Okkodo point man Kevin Cabral and big man Ray Allen Cajigal who cleaned up the boards and dropped buckets to stay within range.

While Okkodo made several small runs behind the shooting of Nico Bonita, it wasn’t enough as Marikami racked up a pair of treys to ensure the Islanders would take the win.

Marikami led all scorers with 23, while Ngiraremiang added 14 in the win. Cajigal led Okkodo with 14, while Cabral and Bonita tag teamed for 24 points — 13 and 11, respectively.

In the early game, Okkodo 2 dropped Simon Sanchez 47-44 to advance to the third-place game.

The Sharks came out hot at the start of the game, slicing through the Okkodo defense for a 17-2 first quarter lead. Isaiah Malig paved the way, shooting 6 of 6 from the line.

Down 15, the Bulldogs refused to let go, cranking up their defense to go on a 22-10 run and close out the half down 27-24. Big man Jan Gozum came up big, racking up steals and buckets to spark the run.

The Sharks came out a little more composed in the third and handled the ball a little better to increase their lead to four. The Sharks’ Erjan Sanchez and Richard Angeles found the back of the net to give their team the cushion going into the final quarter.

The Bulldogs switched it up in the fourth quarter, denying Sanchez shooter Malig the ball. The defense limited the Sharks to only six points.

And, on the other side, Bulldog shooter Lino Arizanga added two treys to cut the deficit. A back door cut for Okkodo’s Jarwin Espiritu gave the Bulldogs a two-point lead. A free throw later seemingly iced the win. With 2 ticks left, Sanchez got off another shot, but the shot fell short, handing Okkodo 2 the victory.

Malig and Angeles paced the Sharks with 13 apiece in the loss. Gozum led Okkodo with 13 in the win, while Arizanga chipped in 10.