The JFK Islanders won the IIAAG girls high school softball championship title Wednesday evening, beating the Academy Cougars 8-4 in the ‘If’ game at the Okkodo Field after Saturday’s normally scheduled game got pushed back to Wednesday. 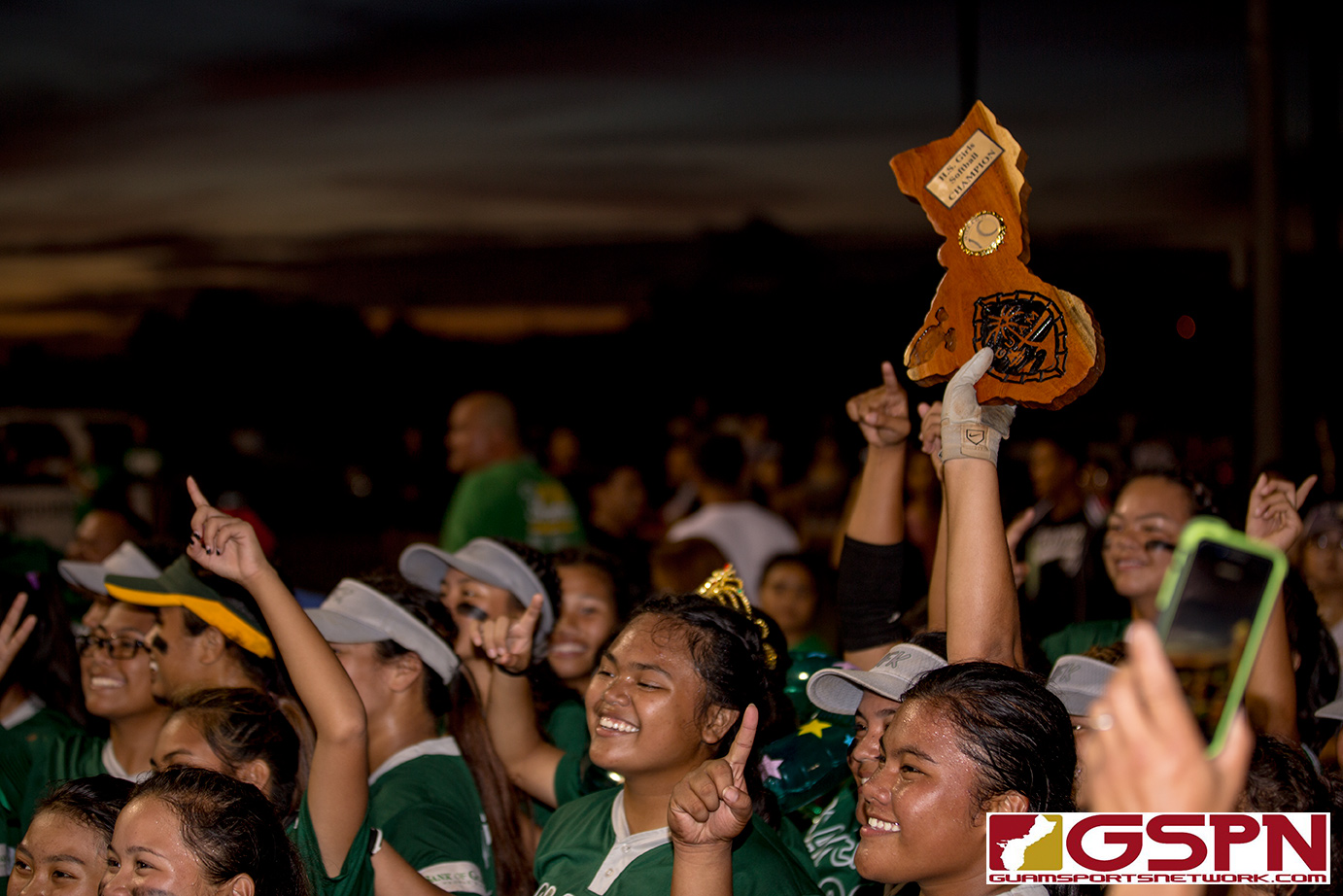 The softball title has made its way back to JFK!

The JFK Islanders won the IIAAG girls high school softball championship title Wednesday evening, beating the Academy Cougars 8-4 in the ‘If’ game at the Okkodo Field after Saturday’s normally scheduled game got pushed back due to rain.

“It was definitely a team effort,” explained Erynn Blaz, “We had to watch out for every pitch from Academy because we know they’re a really good team.”

The Islanders tallied up an impressive eight runs and held the Academy Cougars to just four runs with six innings of pitching from Pillar George. The stellar George was backed all night by a ready-to-go defense, with George ending the night with a total of eight strikeouts.

The JFK offense looked in top form – best it has in a while, getting 13 base hits, five of which were RBIs, and two runs were scored from sacrificial fly balls slugged by the biggest hitters.

“I just think that we played with all of our hearts, and everybody was supportive with each other, with me, the catcher, the outfield, the dugout was screaming their hearts out,” said JFK pitcher George.

Ashley Mendiola pitched all game for Academy as she has done all playoffs long.

Academy had a disastrous 3rd inning where the Islanders opened fire on the young Mendiola. George, Viannka Leon Guerrero and Olivia Iriarte cashed in hits with Iriarte notching a two-run double to give the Islander offense a big boost to take a 6-2 lead.

The Cougar offense struggled with consistency all evening, with four of their seven innings ending with runners on base.

The scoring got underway, by both teams, very quickly. JFK scored two runs in the first inning, Both of which were RBI doubles, one from Pillar George, the other from Olivia Iriarte. This made the score 2-0, Islanders winning. But when the Cougars arrived at the plate, they scored a pair of their own runs. These runs came from an in the park homerun hit by Aubrienne Esplana, making the score 2-2.

Enter the bottom of the third, the Islanders had their breakout effort, scoring a total of four runs. One of these runs came from a sacrifice fly ball, and the others came from a pair of RBI singles. The score was now 6-2, Islanders with a big lead.

The last two Islander runs came along in the fifth inning. One was another sacrificial fly ball, while the other run came from an RBI hit by Erynn Blaz

“The way we played tonight, I wouldn’t compare this game with any other games,” said Blaz.

The JFK defense just had to do their job for the remainder of the game to win it, and they did their job right, holding the Cougars to just two runs. Both of these runs came from RBI double hit by Ashley Mendiola prior to the final out.

“I was very locked in, since the beginning of the day, I was ready. This game was all, could think about at school,” said George, about her eight total strikeouts over the Cougars.