The GW Lady Geckos had another dominant outing against the Academy Cougars to earn their 6th straight tackle rugby title and the FD Friars got a big lift from their veterans as they powered through the GW Geckos for a repeat title. 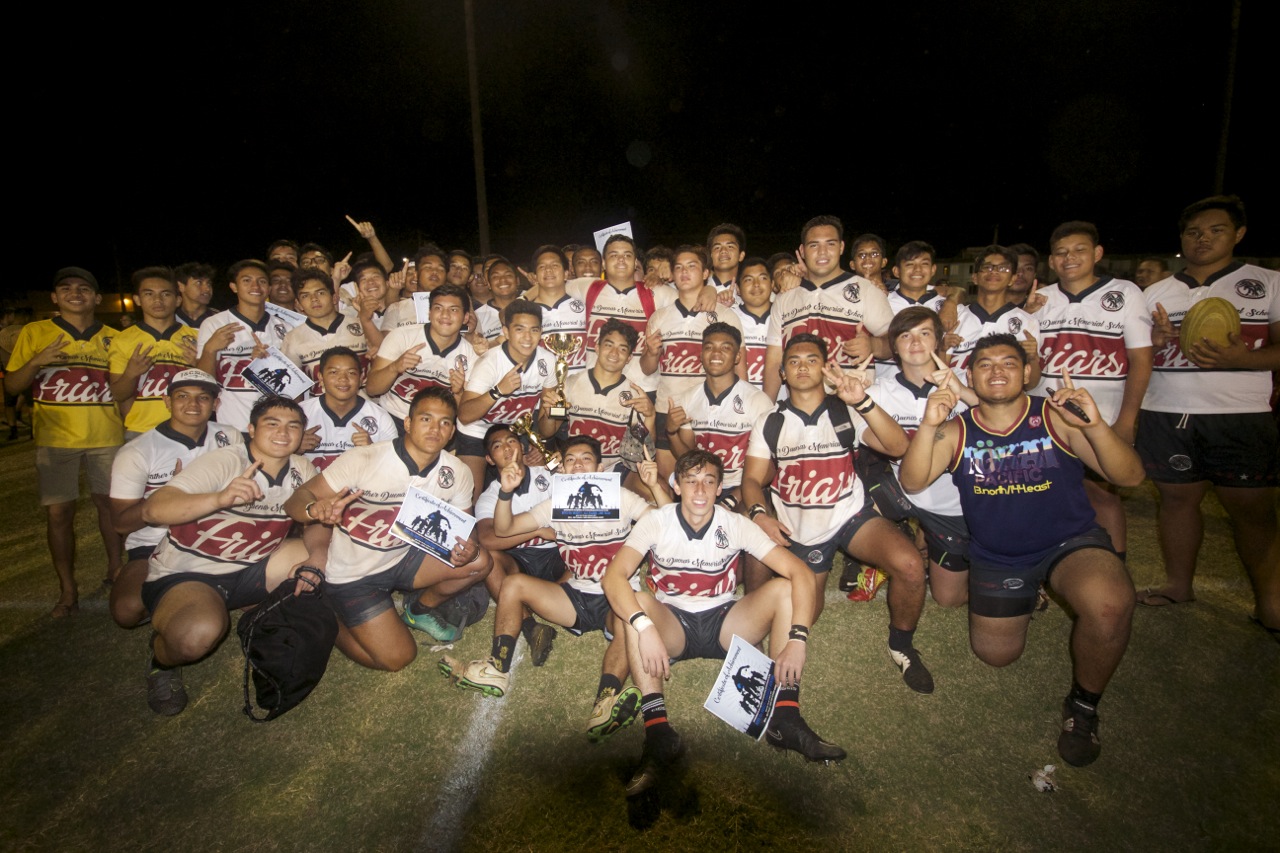 Pretty soon, you’ll have to start counting your toes to try and tally up how many rugby titles the Lady Geckos have won. The GW Lady Geckos had another dominant outing to earn their 6th straight tackle rugby title.

The FD Friars got a big lift from their veterans as they powered through the GW Geckos for a repeat title.

The league MVP and all-around points leader Leticia Blas made her last game of her rugby career a memorable one by scoring two tries to help her Lady Geckos retain the tackle rugby title, the only team to win the title since making the switch from flag rugby six years ago.

Along with Blas, teammate Jalana Garcia ran rampant for two scores with the Gecko defense shutting down the dangerous Cougar front. Blas and Garcia scored tries in the first half to rock a 12-0 lead and added their second in the 2nd half to wrap up their perfect season.

Wendy’s Players of the Game Leticia Blas and Jalana Garcia.

The Southern Dolphins defeated the Tiyan Titans for the 3rd place title.

The deep rugby rivalry put on another entertaining battle for the fans as FD rode a big outing from their veterans to overcome a monster day from the league MVP Damon Hocog. Saturday’s game would feature a ton of offense, which is rare given how little points each team has allowed all year.

Hocog scored all three tries for GW, but the early FD advantage proved too large to overcome.

In the first five minutes of action, Friar Tonu San Nicolas broke loose for the games first try, amping up the Friar fans. Shortly after, teammate Sean McManus punched in a close try after a Gecko penalty to take a 12-0 lead.

GW then managed to score points on a Friar penalty off a kick from Isiah Macias, but FD tallied another try from Joaquin Mesa to rise up 19-3. Hocog had the last say of the half after punching in try that was set up by a beautiful kick from Macias for a 19-10 halftime.

Mesa got started quickly in the 2nd half by getting try to go up 24-10. Hocog took a pass from the scrum moments later and found free space up the middle for his second score to get within 24-15. Matias Calvo would score the final try for FD as they managed to hold their 29-15 lead until the final seconds.

Hocog squeezed in his final try of his high school career, followed by the game ending whistle giving FD the 29-20 final.