Is the third time the charm? 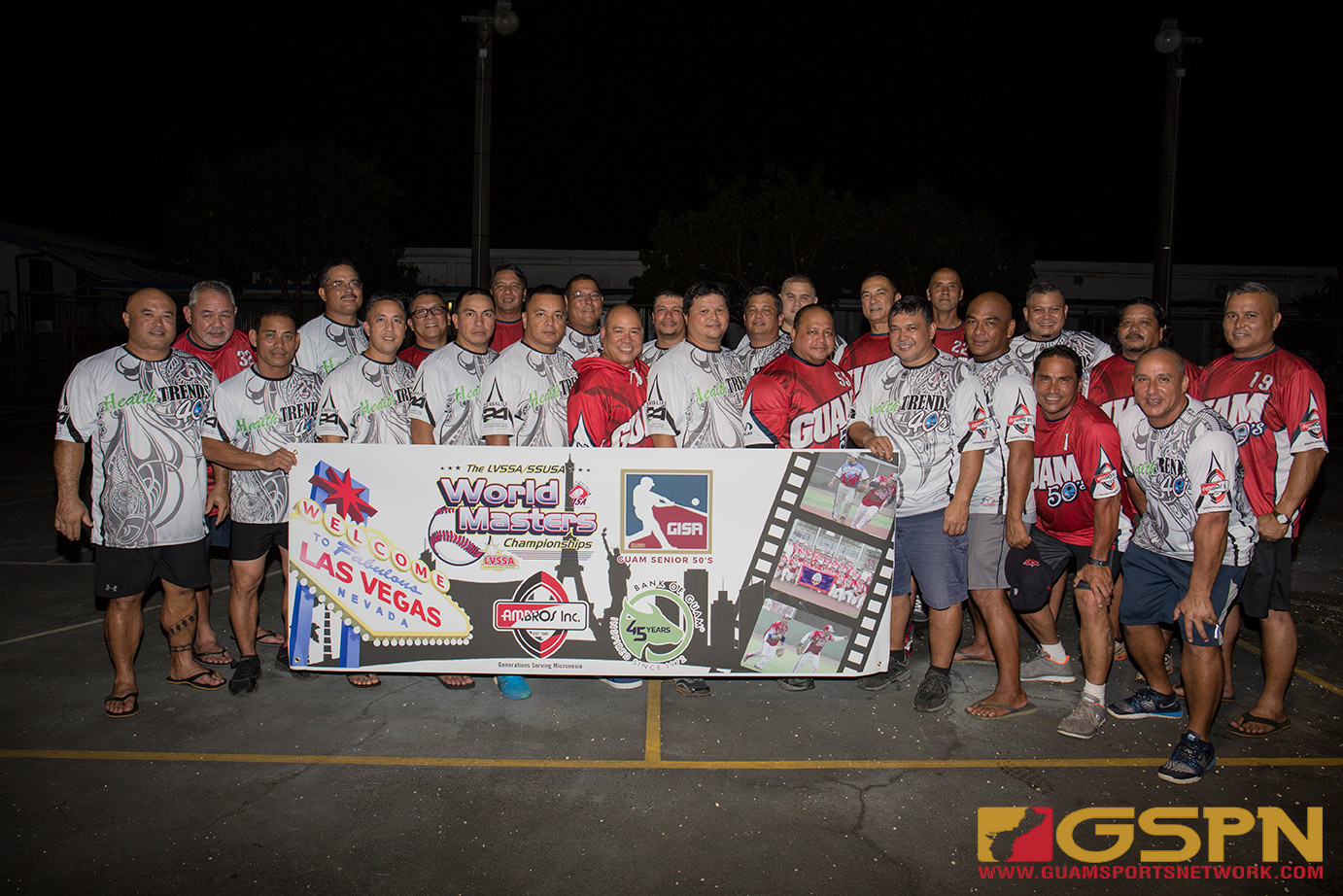 After coming up just short the last two years, the Guam Islander Softball Association (GISA) Bud Light 40s are hoping that the third time’s a charm.

Facing the best players in the world at the World Masters Softball Championships in Las Vegas, GISA 40s came home with bronze medal in a division of over 80 teams in both 2015 and 2016.

The hopes are high to finally break the golden nugget this time around.

“We’re hoping we can do it the third time around,” said baseball legend and team captain Keith Hattig, who has been on both bronze medal teams. “We know what it takes to get it done and I think we have a very good team once again this year.”

Returning for another run along with Hattig are fellow baseball legends Benjie Pangelinan, Patrick Alvarez and Jimmy Reyes. The big sticks are intact with Pete Concepcion, Jay Flores and Mike Pereda. Add newcomers Tony Yatar and John McDonald to the battering ram and you have a dangerous lineup.

“It’s fun to go out there and prove to the rest of the nation that Guam can play with the big boys at that level of competition,” Pangelinan chimed in. “But it hurts when you come so close, sometimes out of over 80 teams, only to settle for the bronze. It leaves a bad taste where you want to go back and win it all. We hope we can get it done this time around.”

The GISA 40s look for gold after two years of settling for the bronze.

Four men and three women teams will be representing Guam for the upcoming tournaments. The aforementioned bronze medalists are stacked with talent.

Sindalun Guahan is making their return to Vegas. The team originally was mostly made up of Guam Air Force Reservists but has evolved into a more seasoned squad headed by Jesse Aguon.

There’s a team from made up of the Armed Forces as well as GISA 50s that is just as star-studded as their 40s brothers.

The GISA 50s squad is locked and loaded with some fire power such as Peter Aguon, Roque Munoz, Harry Crisostomo and rookie Tim Aguon.

The three women’s teams representing our island are the Figo Islanders, Mighty 50s and Sotta.

There will also be representation from the CNMI at the tournament amongst the 600+ teams over a four-week span that goes as high as an 85+ division.

The highlight of the fourth week will be the teams from Guam receiving the 2017 Steve Simmons Memorial Team Sportsmanship Award, the top award given by Senior Softball-USA annually.

“This award transcends the game itself,” said Terry Hennessy, SSUSA CEO. “It stands for all that is good in the sport: passionate competition played with good humor and good fellowship – that is the formula for good sportsmanship. The beauty of good sportsmanship is that it incites a love of the game for all who witness it.

“The teams from Guam have demonstrated the highest level of sportsmanship and provide an example to teams throughout the sport.”

The 50s are first up playing this weekend from Sept 29-Oct 1 then the 40s conclude the Championships Oct 6-8.