Jon Fitch is coming to Guam! 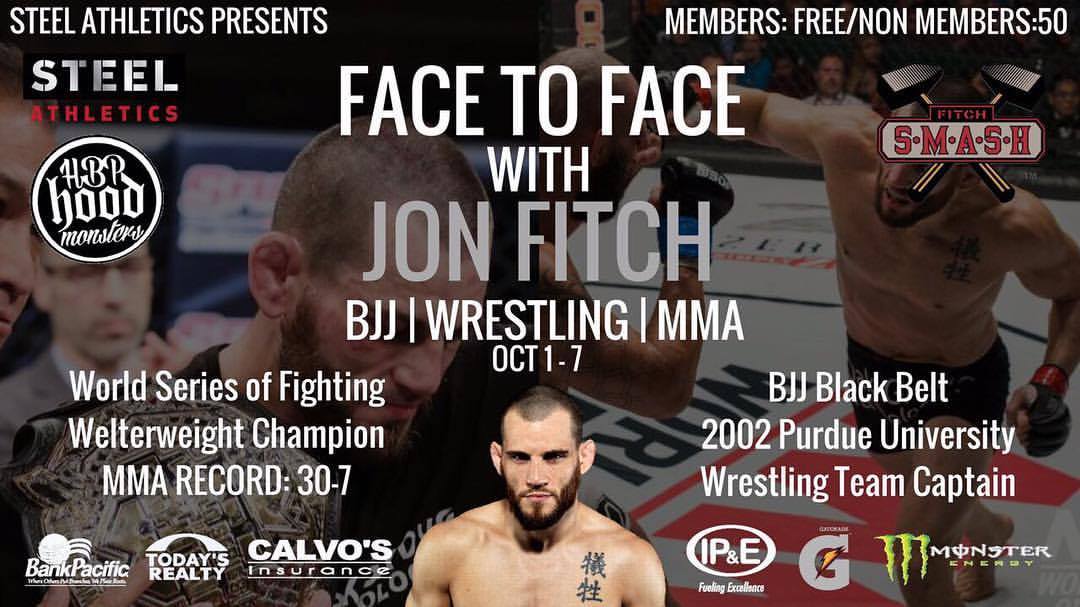 MMA star Jon Fitch will be on island next week to hold a host of combative seminars.

“I used to train with him at AKA (American Kickboxing Academy) back in 2011-13,” said Ambrose, a Bellator fighter and owner of Steel Athletics. “So I developed a good relationship with him. His leadership and work ethic have always been inspiring.”

Fitch, 39, is the current welterweight champion of the Professional Fighters League (formerly WSOF) and holds a 30-7-1 pro record. He is also a former Purdue University wrestler.

“He’s been around forever,” Ambrose added. “Lots to learn from him on and off the mat.”

Fitch arrives on Guam Sunday night and has this tentative schedule in place:

Sessions are free for Steel Athletics members or $50 for non-members. You can email info@steelathleticsguam.com or their Facebook page for more information.

Fitch has notable wins over the likes of Jake Shields, Yushin Okami, Thiago Alves and Diego Sanchez. Some of his tough losses came at the hands of Johny Hendricks, Demian Maia and George St. Pierre for the UFC title in 2008.