SHARKS LOCK UP 3RD SEED WITH DOMINANT WIN OVER EAGLES

The Sanchez Sharks ended their regular season at home in the Shark Pit Tuesday evening, dominating the Harvest Eagles 54-25 to lock up the IIAAG boys basketball 3rd seed. 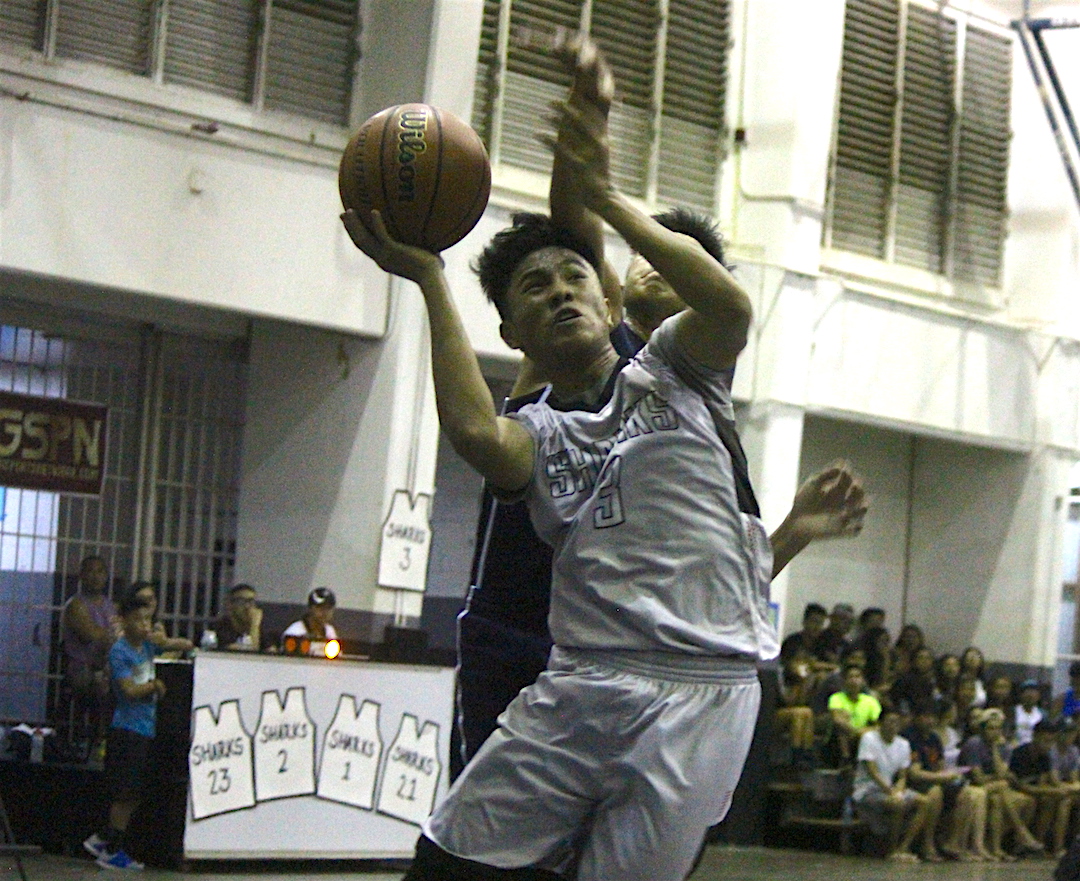 The Sanchez Sharks ended their regular season at home in the Shark Pit Tuesday evening, dominating the Harvest Eagles 54-25 to lock up the IIAAG boys basketball 3rd seed.

The best defensive bunch this season, Sanchez allowed just 9 points in the second half while locking down the leagues leading scorer in Eagle Kobe Sotelo to just 7 points. Sotelo was averaging 22.7 points per game heading into Tuesday.

Sanchez got a balanced scoring effort from the squad with senior Anthony Castro leading with 11 points. Guard Ryan Dimatatac scored 10 points off the bench with eight of them coming in the 1st quarter.

Sanchez fed on the home crowd energy with Dimatatac knocking down a pair of three pointers to take a 21-8 1st period lead.

The Eagles quickly answered back in the 2nd period with Jiandong Lin and Daniel Villanueva knocking down three pointers to creep within 21-16 in the periods first two minutes. A Sanchez timeout quickly snapped the Sharks back into defensive focus as the kept the Eagles scoreless for the remainder of the period, taking a 7-0 run into the half leading 28-16.

Sanchez got a bucket from each of their five starting seniors in the 3rd period with swingman Anthony Castro nailing a three pointer as the quarter ended, putting the Sharks up comfortably 39-21.

The offense came even easier in the final period with the Sanchez bench adding to the already big lead, including a pair of deep balls from RJay Saburo.

Sharks head coach Jin Han called for time with a minute left in the game to insert four seniors for one last go, twin brothers Anthony and Aaron Castro, Jun Agregado and guard Cris Yerten. The seniors ended the night with a three-pointer from the big man Agregado.

With Sanchez locking up one of the leagues top four spots the guarantee at least one more game in the Shark Pit, but Tuesday’s game was celebrated with a fitting send-off.

Shark Harold Gaerlan gets the block on Eagle Kobe Sotelo in the 4th quarter. (photo by Robert Balajadia)

RJay Saburo penetrates the defense with a strong drive to the rim. (photo by Robert Balajadia)