The annual Smokin’ Wheels weekend, brought to you by APL, is upon us with another jam packed event of everything from racing to barbecuing set to take over the Yigo Raceway Park starting Friday night. 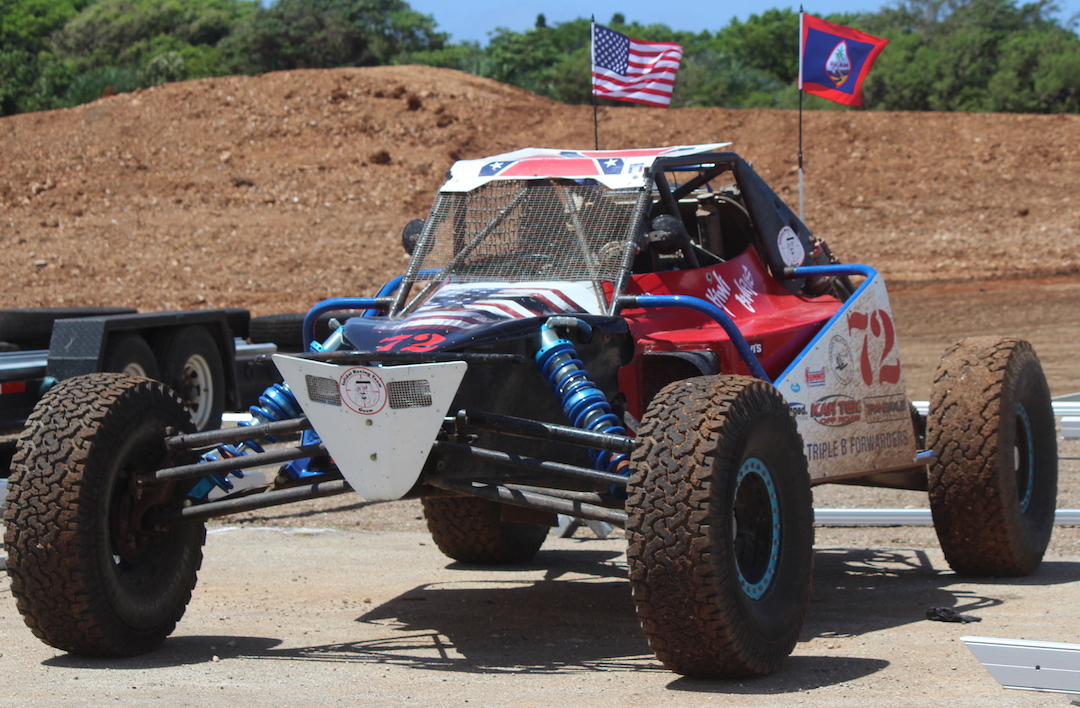 The annual Smokin’ Wheels weekend, brought to you by APL, is upon us with another jam packed event of everything from racing to barbecuing set to take over the Yigo Raceway Park starting Friday night.

Thursday, the media got a first look at some of the vehicles, courses and met some of the racers who are highlighted to compete. Veterans Joey Crisostomo Sr., the Jones brothers and Henry Simpson were some to speak on their long-time involvement in the event and have assured to be suiting up for the famous endurance race on Sunday.

The Ford Raptor had a two-year appearance in the endurance race, but this time the Jones brothers have swapped out their air conditioning for a highly competitive machine. With the held of Rick Johnson, the Ford Team will be a real threat to win it all.

“The goal was to be more competitive,” said Johnson on the new-look Ford. “It’s a Pro 2, but we modified it and put some bigger tires on it. We detuned the engine to run on pump gas so it’s become a very torque-y and friendly vehicle. This cart is definitely a contender overall.”

Professional Motocross racer Sean Lipanovich is back to compete on Guam in what has been a nice vacation back home. Lipanovich dominated the event last year, jumping way ahead of the competition, so the race has become more leisure than competitive.

“It’s really just the one time a year I can come back home to see all my friends and family, so this race is just a bonus. I want to comeback to this event every year because I get to see a lot more than just dirt bikes. It’s not normal for me to see all these things happen in one event,” said Lipanovich.