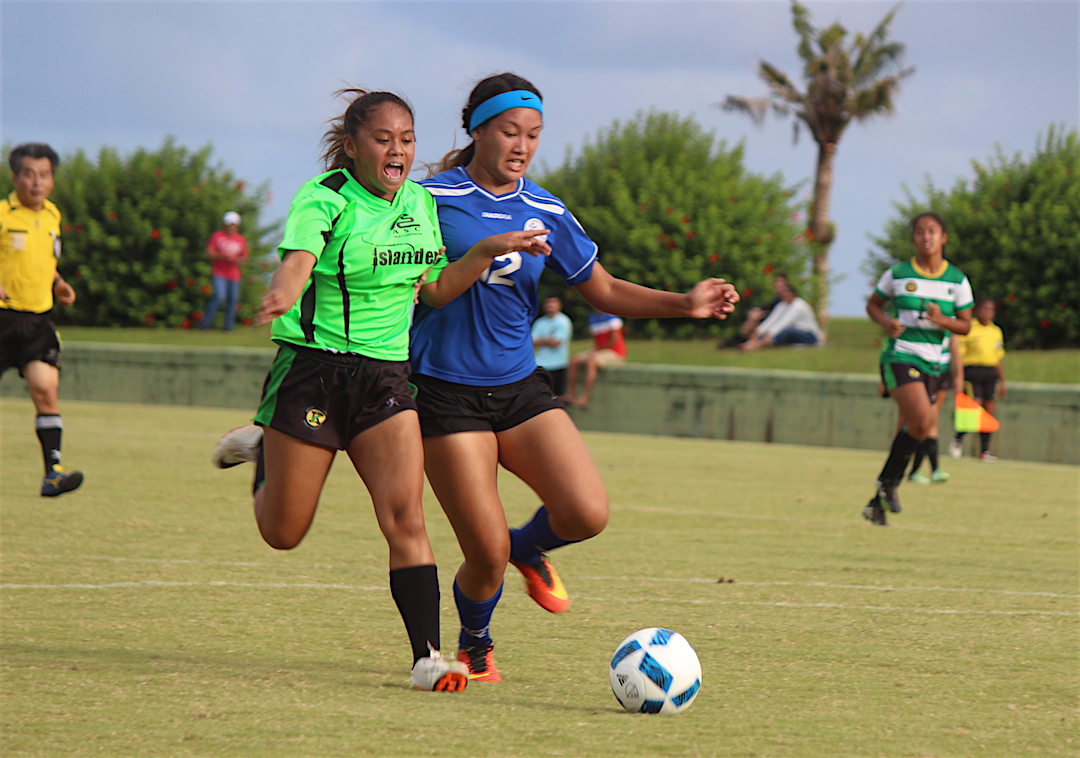 The JFK Islanders got their lone goal early in the first half from forward Aubrey Mafnas, where JFK managed to tie the contest 1-1. It was the freshman Abby San Gil that would net the first points of the game, but the underclassman didn’t see much action after being subbed out in the first 20 minutes of the game.

“I think we are working really well together overall, we have great chemistry. Even though three of us won’t be here for four games, our team is strong and we all have each others back,” said the freshman.

ND broke the tie rather quickly after a deep shot from Leon Guerrero gave the Royals the lead for good.

“I think I played a pretty average game. Our team needs to talk more and work on our passes,” said Brean Leon Guerrero. “We lost a lot of seniors this year, but I feel confident on our skills.”

Starting the half off strong, the ND Royals and JFK Islanders went head to head on the field keeping the game close. The Islanders managed just to shots on goal early in the second half before Aubrey Mafnas got close other second score on a misfire.

Towards the end of the second half, Paulino registered back into the game after a brief substitution, making her presence felt off a streaking score. Paulino took a through ball and out ran the JFK defense before booting in a strong shot from the right wing to catch Islander keeper Frencine Villena off-guard.

Paulino’s score gave ND a 3-1 cushion with teammate Hannah Cruz adding the finishing touches with the games final score in the final 10 minutes.

The Islanders fall after opening their season with a win over the Sanchez Sharks and the Royals stand strong with a pair of wins in the second week after tying the Panthers in their season opener.