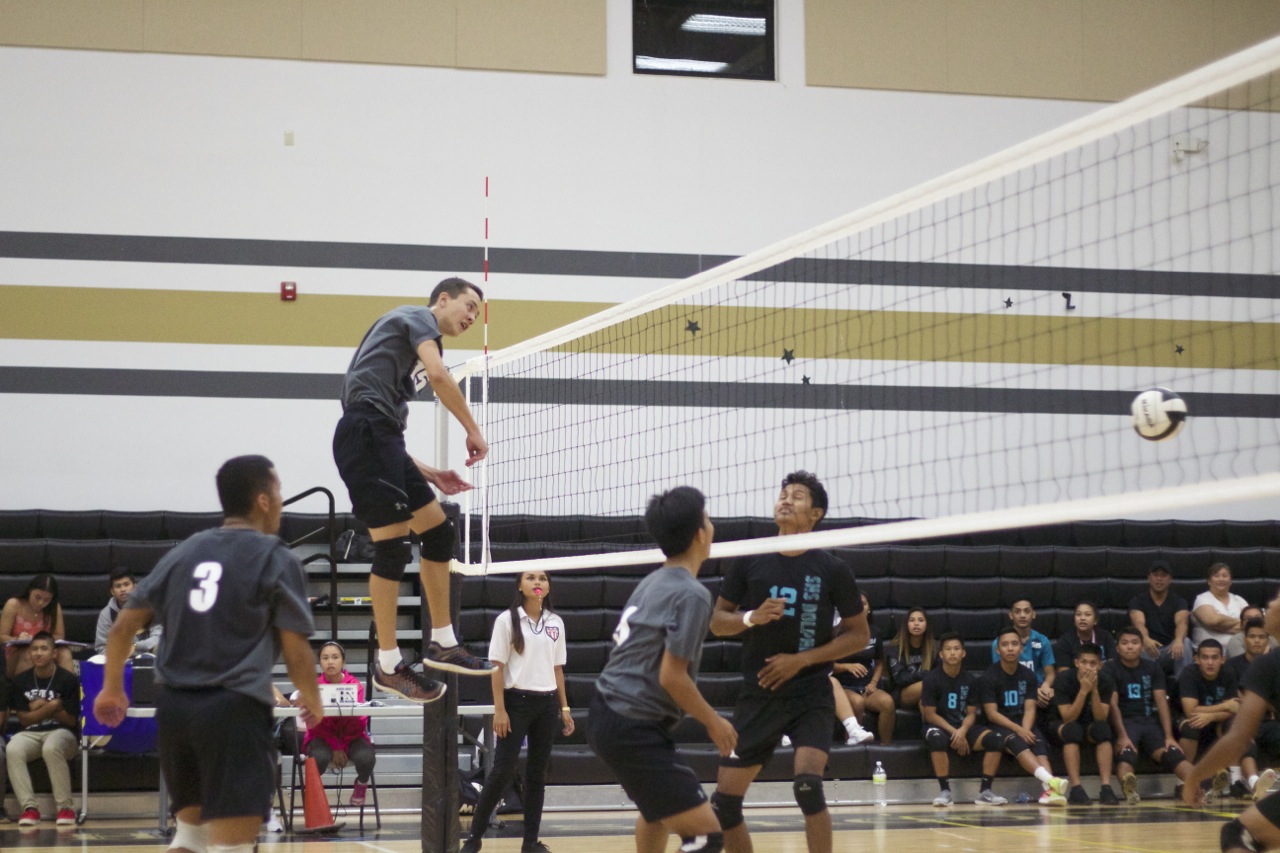 Wendy’s Players of the Game Giovanni Manglona and Ramil Padigos

In the first set, the Titans were slow to score against the Dolphins, who were scoring in streaks at a time, registering kills, shutting down the Tiyan Titans. The Dolphins grabbed hold of the opening set 25-19, blocking out the Titans with a six point lead.

The second set was a Tiyan crowd pleaser. The Titans opened things up with a 5-0 run on top of the Dolphins. The first Southern point was scored when the Titans set the ball out of bounds. Each team continued to score points back and forth, switching leads every other minute.

The Titans scored the last couple of points and took this match, evening up the series, 25-23.

“When we were in the huddle, coach just told us to communicate, which I think we did pretty well,” said Wayne Yoon. “We were killers.”

In the last set, the Titans looked to keep up their momentum and did just that, shutting down the Dolphins with their defense. Tiyan went on many streaks in the final set. The final score was 25-20, the opposite of the first set’s outcome.

The Titans came back from the deficit and kept their game strong throughout the night, defeating the Southern Dolphins in three sets.