The University of Guam Women’s Soccer Team did what no other team could do, they scored on Team Slay, not just once but twice to win the Guam Football Association Women’s 9 On 9 League Championship on Sunday night at the GFA National Training Center. 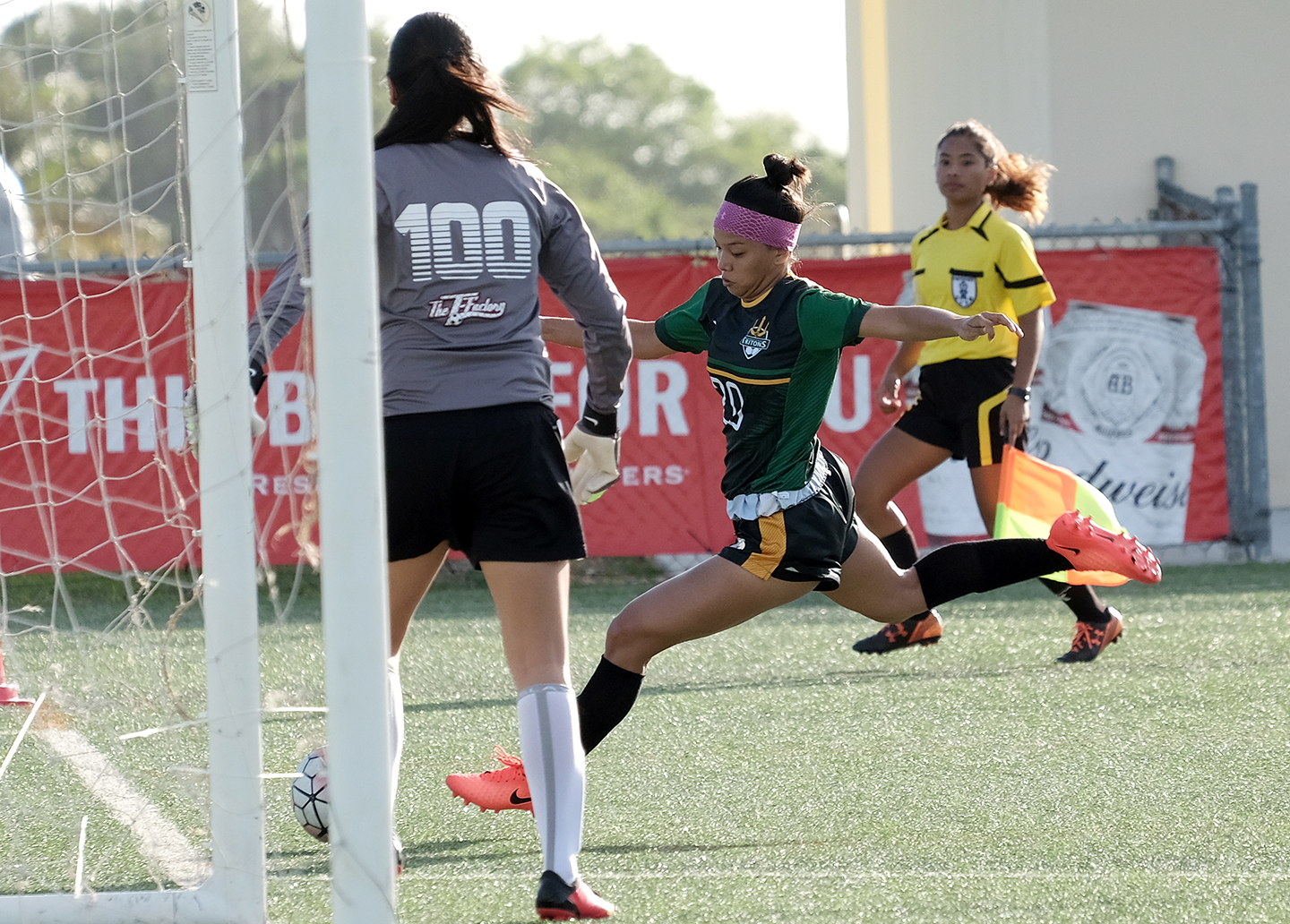 PRESS RELEASE – The University of Guam Women’s Soccer Team did what no other team could do, they scored on Team Slay, not just once but twice to win the Guam Football Association Women’s 9 On 9 League Championship on Sunday night at the GFA National Training Center.

# 1 Seed Team Slay was 5-0 coming into the Championship game, with a 3-0 victory over UOG to start the season and had not given up a goal in all of their 5 victories, but the Lady Tritons had other plans in this game as Elisha Benavente scored both goals for UOG, one just before half-time as she broke through the Team Slay defensive line and pushed a shot by their “Golden Goalie” winning goal keeper for the first goal of the game.

UOG went into half time winning 1-0. As soon as play opened for the 2nd half, Benavente took the ball down the right side of the Team Slay defense and lifted a shot over the Team Slay goal keeper for her second goal of the game, to make it 2-0 Tritons. Team Slay came right back and scored themselves about 1 minute later to make it 2-1.

The teams then settled down again but Team Slay made a push in the later minutes of the game which the Triton defense held off and UOG won the game and their first GFA Championship in their first season of competition in many years.

UOG President Dr. Robert Underwood greets the Tritons as they leave the field after their victory.