’76 Middle School Baseball action continued this Saturday at Okkodo High School Triple J Field with the Jose Rios Voyagers taking on the Oceanview Knights and the Benavente Road Runners facing off against the Astumbo Dragons. 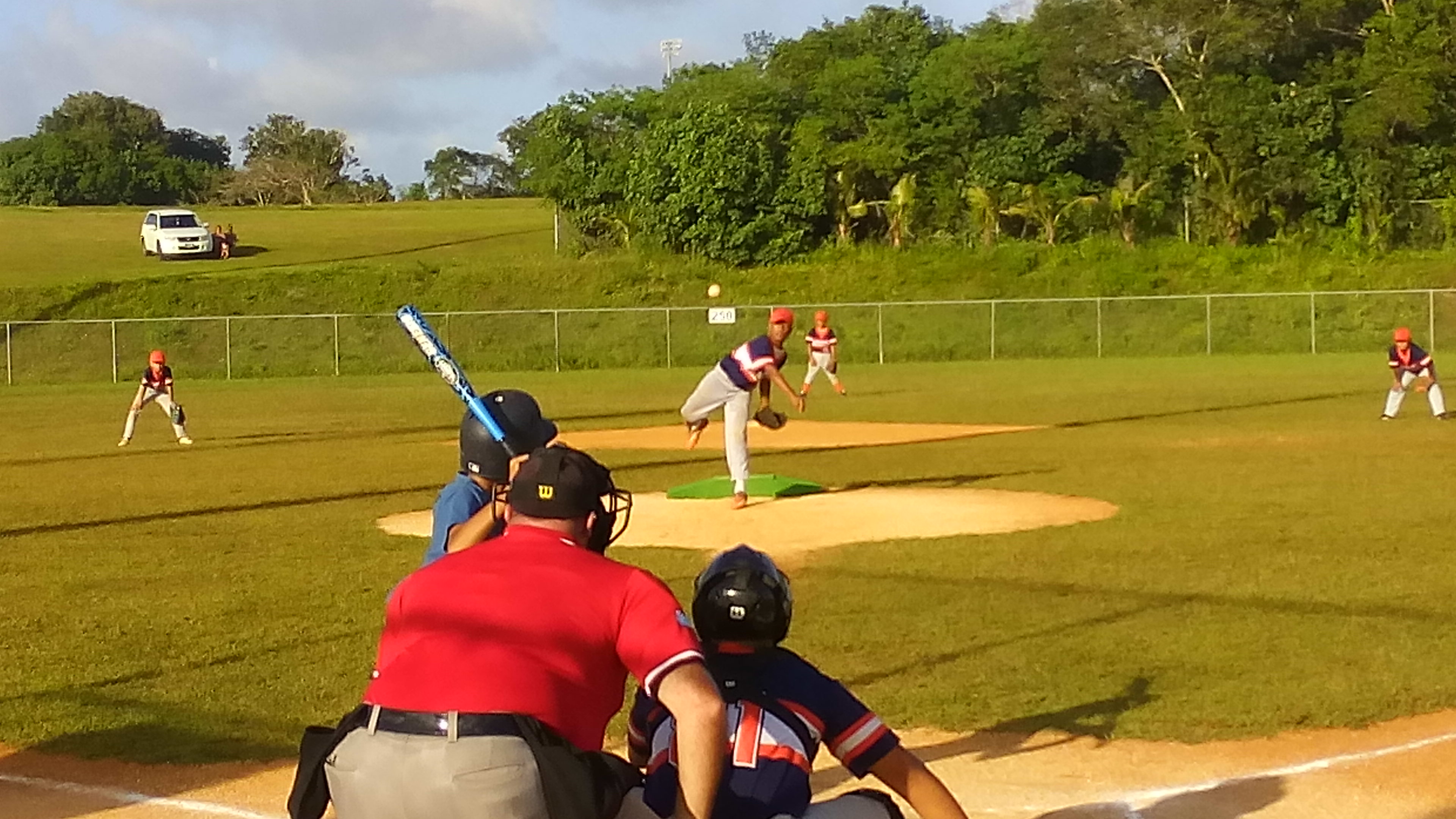 Ethan Lizama was 3 for 4 with three runs and four RBI including his league leading third homerun of the season. Teammate Javhyn Pangelinan was 2 for 2 with four runs scored to help the Voyagers improve to 3-0 in the regular season.

Chris Sablan and Richard Borja each had a hit for the Knights who drop to 0-2 in the regular season.

In game two action the Astumbo Dragons picked up their first win of the season with a 15-3 win over the Benavente Road Runners. Dragon’s Jude Lizama was 3 for 4 with five RBI including a bases clearing triple in the final inning to clinch the mercy rule win. Dragon’s catcher Xavier Takai was 2 for 2 with two doubles and three runs scored to help lead a hot Astumbo offense.