The oldest and most popular team in Japan, the Yomiuri Giants have won more pennants and Japan Series titles than any other team. Japan’s Yomiuri Giants will visit Guam for the third consecutive year for a three-week short squad training camp January 6 through 23. 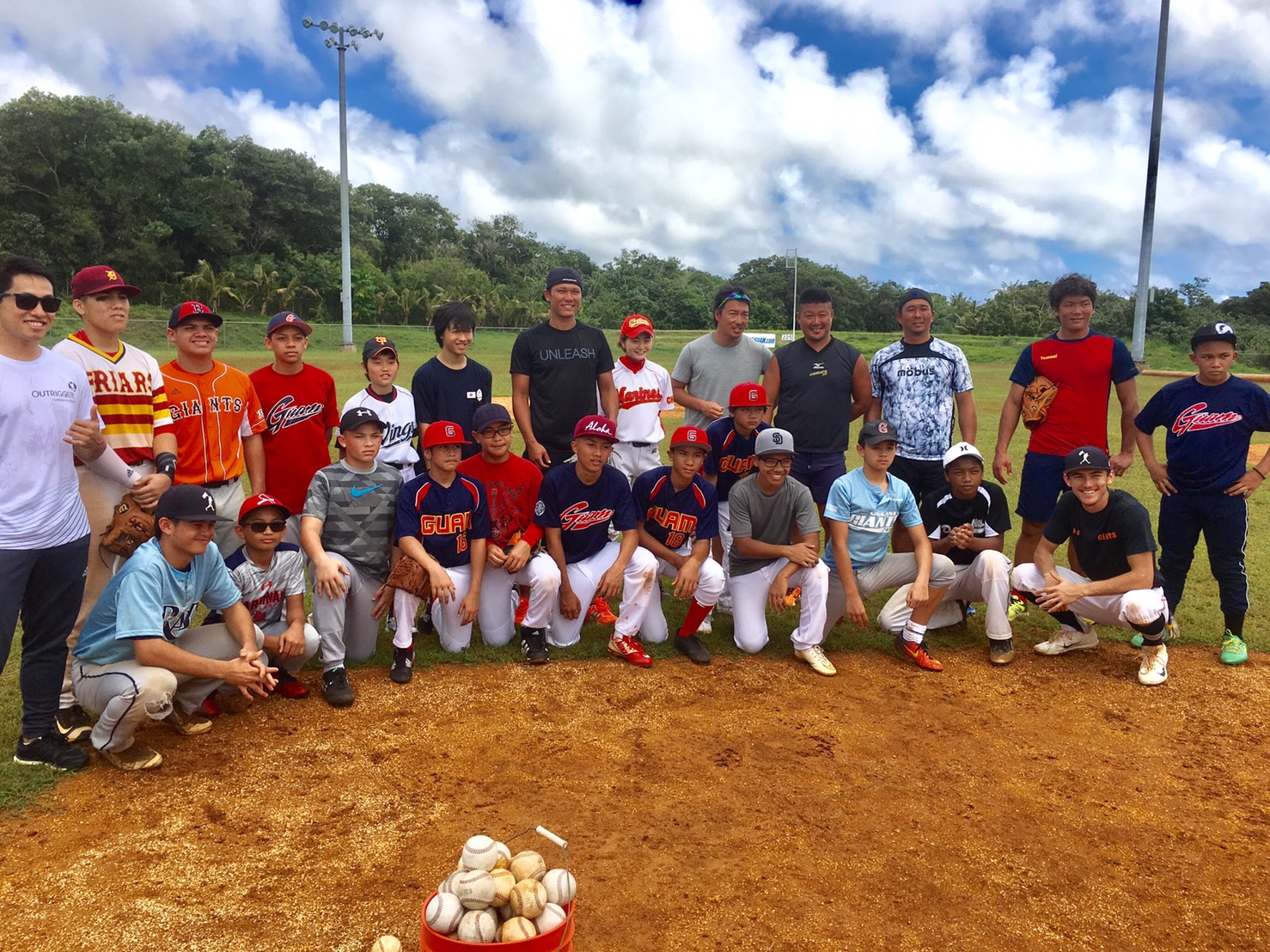 PRESS RELEASE – The oldest and most popular team in Japan, the Yomiuri Giants have won more pennants and Japan Series titles than any other team. Japan’s Yomiuri Giants will visit Guam for the third consecutive year for a three-week short squad training camp January 6 through 23. This January the Giants will send 15 professional players and coaches to conduct their training at the Guam Baseball Academy Triple J Fields located on the Okkodo High School Campus.

“The Giants Camp will focus on pre-league, get-in-shape workouts which include, conditioning running, throwing, ground ball work, hitting tee and live pitching hitting routines. The Giants just completed their fall training camp in November at their home training grounds at Kirishima Sun Marine Stadium in Miyazaki, Japan “, says Bill Bennett instructor with Guam Baseball Academy. The Giants publically praised the Guam Amateur Baseball Association for the high standards of the Academy Field facility. The fields are well maintained and groomed which allows for productive practice sessions and game like workouts. “The Giants really like this field”, says Shoji Ogawa a Giants Representative.

As in the previous two years partnering with Guam Baseball Academy; the Giants will plan to hold a short clinic for players.  The date and time of the clinic will be announced and posted on Facebook/StrikeZone Guam once their training schedule is finalized.

The Giants usually come out on top during the annual amateur draft because of the “reverse designation” system, which allows college and industrial league players to designate their preference of a professional team, Yomiuri usually can sign the best amateur players. Some of the best Japanese players of all time have worn Yomiuri’s orange and black uniforms, including home run king Sadaharu Oh.

In addition to being the wealthiest Japanese team, the Giants also offer more prestige than other ball clubs. Yomiuri is the only team that has all of its games televised nationally. The Giants also receive far more press coverage than other teams, particularly in the Yomiuri Shimbun, Daily Yomiuri and Sports Hochi, three newspapers that are run by the same company that owns the Giants.

But the appeal of the Giants goes beyond the fact that they are always in the public eye. Founded in 1936 as the Tokyo Kyojin, the Giants became Japan’s first professional baseball team. From 1965 to 1973, the Giants won nine straight Japan Series championships at a time when the economy was booming. Even today, the thought of a Giants victory reminds many Japanese fans of better times.

The Giants have played in Japan’s capital city since 1936, and moved into the Tokyo Dome in 1988. Covered with a white inflatable canopy reminiscent of the Minneapolis Metrodome, the enormous gas bag earned the nickname “Big Egg.”