The 2018 Micro Games had officially kicked off Sunday evening with the opening ceremony declaring the games official start. The event was held at the track and field venue, which is found in the center of all the sporting action. 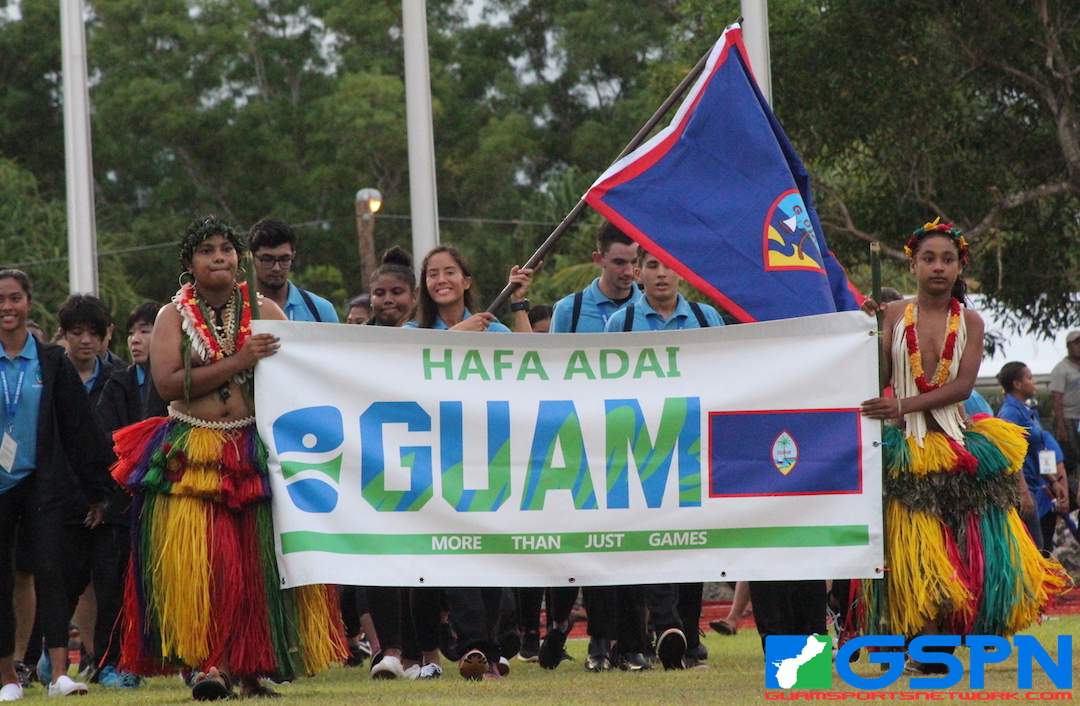 Colonia, YAP – The 2018 Micronesian Games officially kicked off Sunday evening with the Opening Ceremony declaring the Games’ official start. The event was held at the track & field venue, which is found in the center of all the sporting action.

Holding the flag for Team Guam was runner Genina Criss.

The ceremony, which was carried on by lengthy speeches and opening remarks, ended in the lighting of the Micro Games Flame, followed by a fireworks show to the delight of many fans and athletes. It was scheduled for a 4:30 pm start but didn’t kick off until 6:30 pm and concluded around 9 pm.

Monday will be a busy first day of action and GSPN will be on it throughout the day.

Plenty of Guam athletes will be getting right into the games on Day 1 with a heavy dose of action flooding the day. The track & field athletes will get the first go in the 10,000m race at 7 am.