First medals of the Games 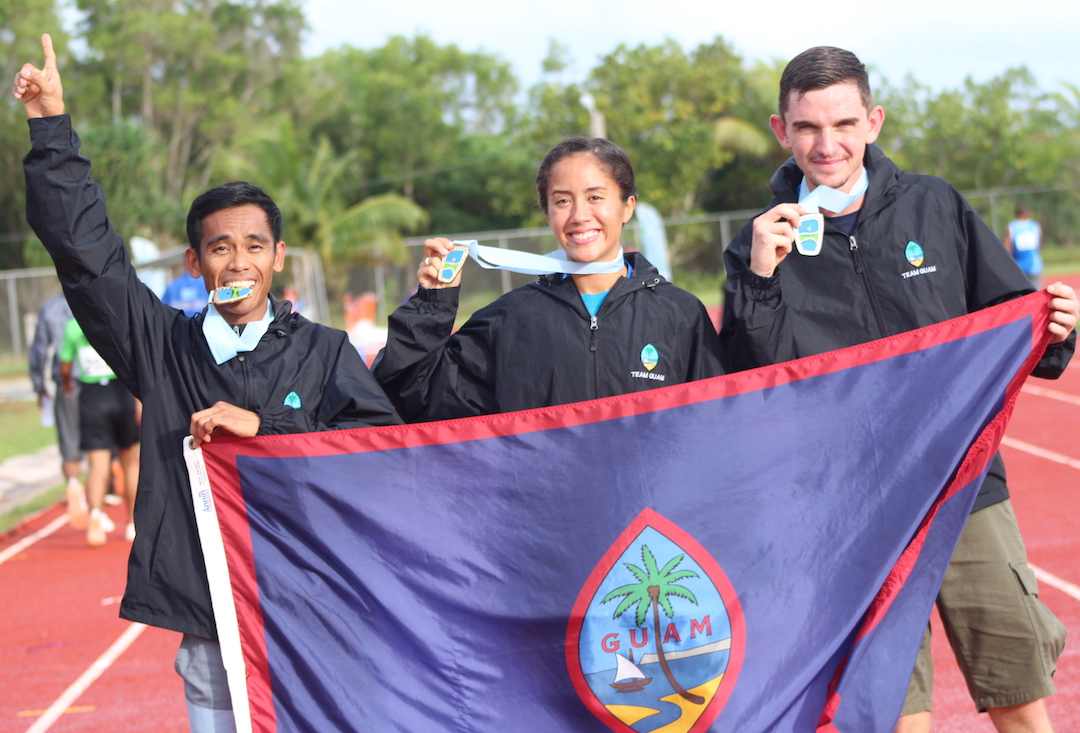 Colonia, YAP – Guam’s Track & Field Association had a fruitful ‘welcome back’ to the Micro Games by raking in gold medals.

Tugade breezed through the 100m race to take gold with teammate Shania Bulala taking bronze after getting edged at the finish line by CNMI.

Guam’s male runners also competed in the 400m, 100m races. In the 400m, Guam will be represented in the finals by Joseph Aguon and Darin Pascua.