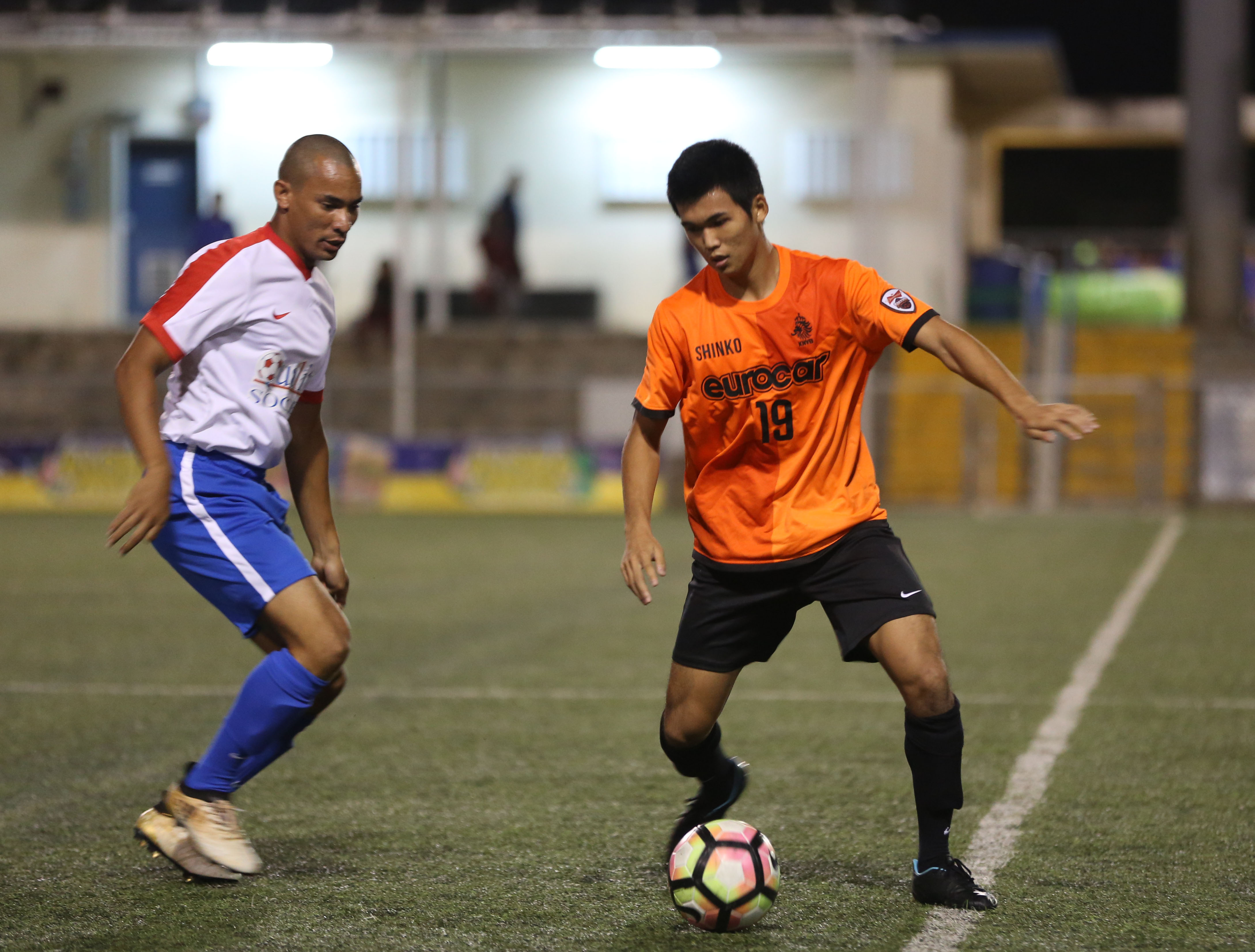 The Tritons (7-0) continue on top of the league leaderboard after defeating Shipyard Haya 5-3 Sunday evening with a pair of goals from Dylan Naputi and one each from Joseph Quan, Dominic Gadad, and Jacques Diambra-Odi. Rogelio Argueta, Jameil Morris, and David John Cruz scored for Shipyard Haya.

In Wednesday’s lone match, Quality Distributors (3-2-1) overcame a 2-1 halftime deficit to edge Eurocar FC 3-2 in the league’s first match after the league’s four-week holiday break. Edson Toussaint was Quality’s second-half hero with a pair of goals, adding on to Justin Cruz’s goal in the first half. Takefumi Inoue and Fook Liao scored for Eurocar.

In the top division’s Golden Boot race, Surber stays at the top with 15 goals for the season, followed by last season’s Golden Boot winner Choi with 14 goals. Bank of Guam Strykers I’s Scott Spindel is in third place with 13 goals.

Top division matches continue Wednesday with FC Beercelona taking on Shipyard Haya at 7 p.m. Friday’s matches will feature the Sidekicks SC taking on UOG at 7 p.m. followed by the Bombers SC against Quality Distributors at 9 p.m. IDL FC will play against LOA Heat at 7 p.m. Saturday followed by Bank of Guam Strykers I against Crushers FC at 9 p.m. The NAPA Rovers will play Sunday’s lone match against the Pago Bay Disasters at 7 p.m.

Quality Distributors’ Edson Toussaint looks for options as he makes his way toward the goal from the left side against Eurocar FC during a Week 11 match at the Guam Football Association National Training Center Wednesday evening. Quality won 3-2. Photo by Jill Espiritu/GFA.

The Bombers SC’s Diego Cardona (in blue) attempts to dribble through Lots of Art Tattoo Heat’s defense to the goal during a Week 11 match at the Guam Football Association National Training Center Friday evening. The Bombers won 7-1. Photo by Jesse Mesa/GFA.

SANCHEZ FALLS TO BLANCHFIELD VIA UD

Sports legend Joe Taitano used to run to school at JFK from his Yigo home and back. He continued this routine up to 1979 when he’d run from home to GW gym and back to practice for the South Pacific Games with the national basketball team. Guam went on to win its second straight SPG gold medal.

Baby Vera: Congratulations to Brandon and Jessica Vera on the birth of their son Atreyu Timothy right here on Guam.