The Academy Cougars survived a close scoring thriller of softball on Thursday evening at the Panther’s home diamond at Guam High. The Cougars squeaked by with a final score of 12-9, surviving a mid-season scare. 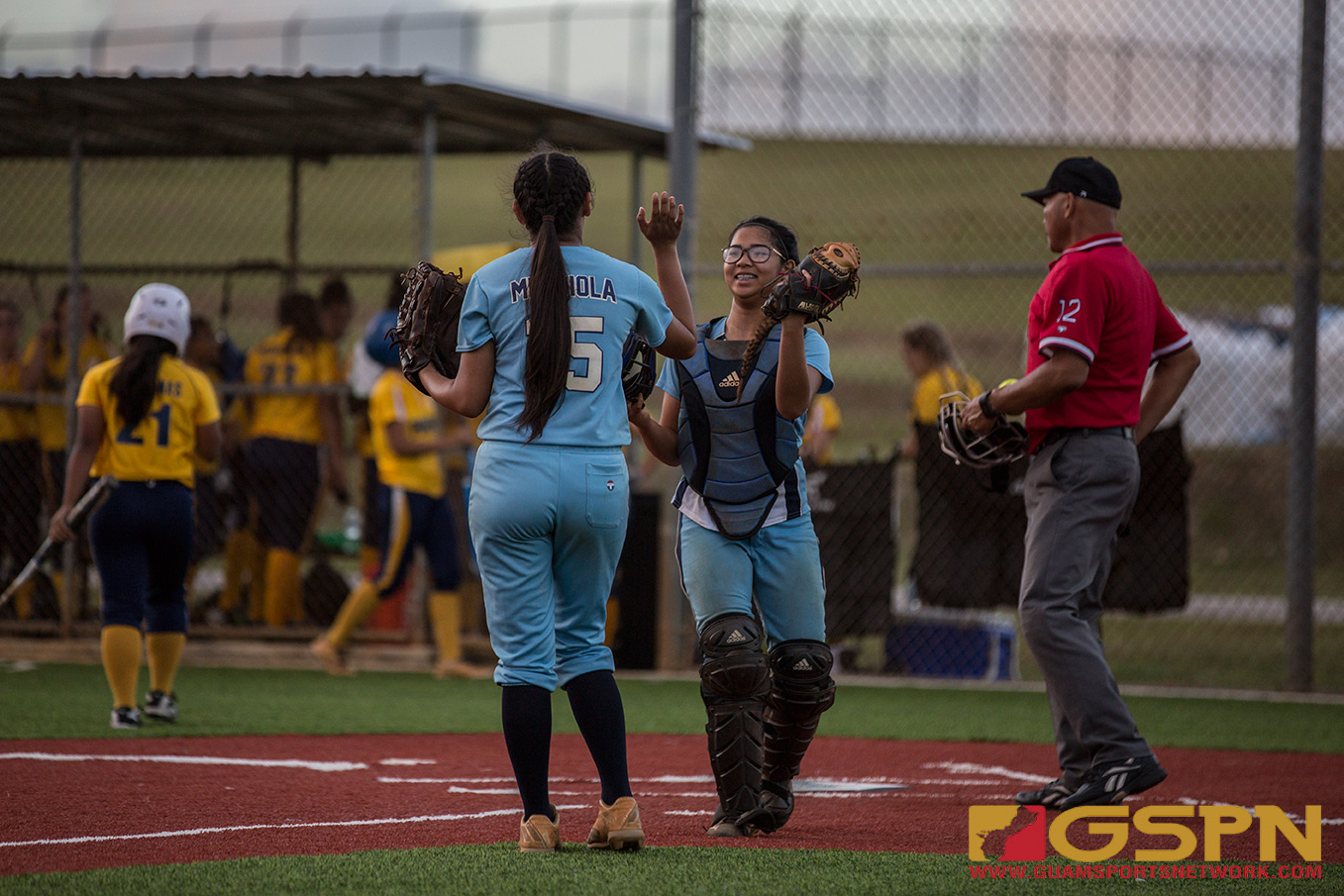 The Academy Cougars survived a close scoring thriller of softball on Thursday evening at the Panther’s home diamond at Guam High. The Cougars squeaked by with a final score of 12-9, surviving a mid-season scare.

Both teams each played their best pitchers, Ashley Mendiola for Academy, and Kaylee Camacho for Guam High. Despite this fact, both teams were unable to stop each other from getting on the board numerous times, both teams combined for a total of 21 points.

If it weren’t for a fourth inning full of runs, Academy would have most likely suffered a loss.

“The Cougars came out today,” said Academy head coach Jon Calvo, “they came out to win and it took a work of talent.”

The Panthers did rally, however, in the later innings of the ballgame, scoring six runs in three innings, keeping Ashley Mendiola and the Cougar defense on their heels.

Right off the bat, literally, the Cougars heated things up, earning two runs in the top of the first inning. The first one was scored when Tenorio stole home after a ball was pitched, followed by an RBI hit by Cruz. This made the score 2-0 early in the game.

Guam high responded with a run of their own in the bottom of the first half. This run was scored by Kyra Castro, when she hit an RBI single, allowing Chondra Crump to take home after she previously hit a triple. This brought the game to 2-1.

In the third inning, AOLG scored another set of runs, this time they scored three runs. This included an RBI from Cruz and a stolen home plate from the same person! This made the score a slight lead of 5-1 for the Cougars.

GHS cut into this lead by scoring a pair of runs in the lower half of the third.One of these runs was scored by Crump, hitting an impressive RBI triple and running her way to third base. The other one was scored when Kyra Castro hit a sacrifice RBI. The score was now 5-3, Panthers cooking up a new offense in their dugout.

It was at this moment, Academy began to hit the key factors of a successful softball game. Four runs were scored in the top of the fourth inning at a very fast pace, getting to the defense with each run. Two of the runs were scored when home was stolen twice in a row. Once by Tenorio, and right after that by Doriaun Calvo. The score after this was 9-3.

Guam High scored three more of their own runs in their half of the fourth. The majority of these were scored by freshman Chondra Crump, who seemed to be making a statement, when she both hit an RBI and stole home shortly after. The other run was from an RBI triple hit by senior pitcher Kaylee Camacho. This brought the seesaw of a game to 9-6.

The top of the fifth inning is when the Cougars scored their final three runs. These runs were all scored from a set of three RBIs when bases were loaded over and over again. This made it 12-6.

Academy survived this thriller with Guam High, the team of which now has two losses in a week.