The two teams with the best records through the 2018 IIAAG season played for their playoff lives Monday with the FD Friars grabbing a one-sided win over the Guam High Panthers. 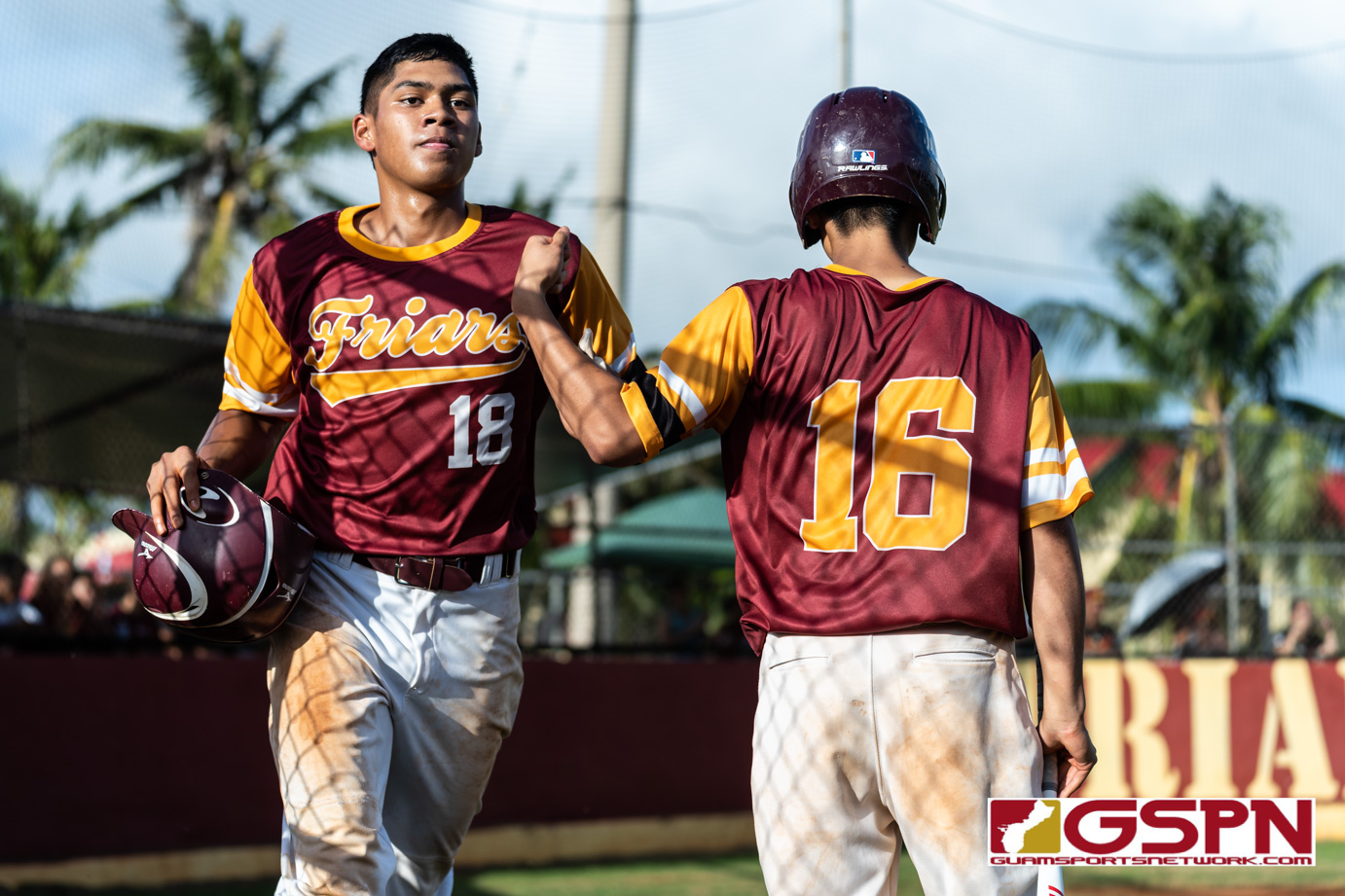 The top two teams with the best records through the 2018 IIAAG Baseball season faced off under different circumstances Monday afternoon. The FD Friars and Guam High Panthers were both knocked from the winners brackets last week, setting up a win or go home game at the Friars baseball field. The Panthers buried themselves in errors and the Friars tightened up their defenses in a one-sided 16-2 final through five innings.

Friars starting pitcher Jake Carbullido controlled the game from start to finish, making two stellar plays in the 5th inning for outs to wrap up the day. Hitting started to pick up for the Friars in the 4th inning, but a disastrous 2nd and 3rd for Guam High would quickly take the Panthers out of the game.

In the 2nd, Panther Nolan Sweeney would secure a single with the bases loaded, followed by an error, to allow the Panthers to knot the game at two runs each. Carbullido would escape the inning after a deep ball was snagged from the outfield to set up the Friars at bat.

Panther starting pitcher Brian Schule would make his exit after two straight batters. Javier Concepcion would take over, but two more walks would give the Friars a run 3-2 with the bases still loaded. Ethan Lizama would hit a grounder towards the shortstop for an RBI, but Lizama was unable to beat the throw for just the first out of the inning.

A hit by pitch on Aiden McDonald loaded the bases, and a hit from Noah Pereda, along with an error from the Panthers, quickly had FD up 7-2.

A strikeout from Carbullido followed by snagging a foul ball made quick work of a Panthers three-and-out in the 3rd. The Panthers would walk five more runs before Gus Sablan extended their lead with an RBI single to push the score 14-2 through three innings.

Both teams started to rotate their benches into the game before Carbullido and the defense wrapped up a clean 5th inning to keep their title chase alive. The GW Geckos defeated the Sanchez Sharks setting up an FD vs. Sanchez Wednesday evening game with the winner advancing to face the Geckos in the Championship Game this Saturday.

The Geckos can clinch the title with a win, but a loss grants them one more shot at it in the double elimination format.