The 2018 All-Island Middle Boys Basketball Tournament tipped off Monday night at the Guam Elite Basketball Center with the top middle schools from both public and private sector taking the court. 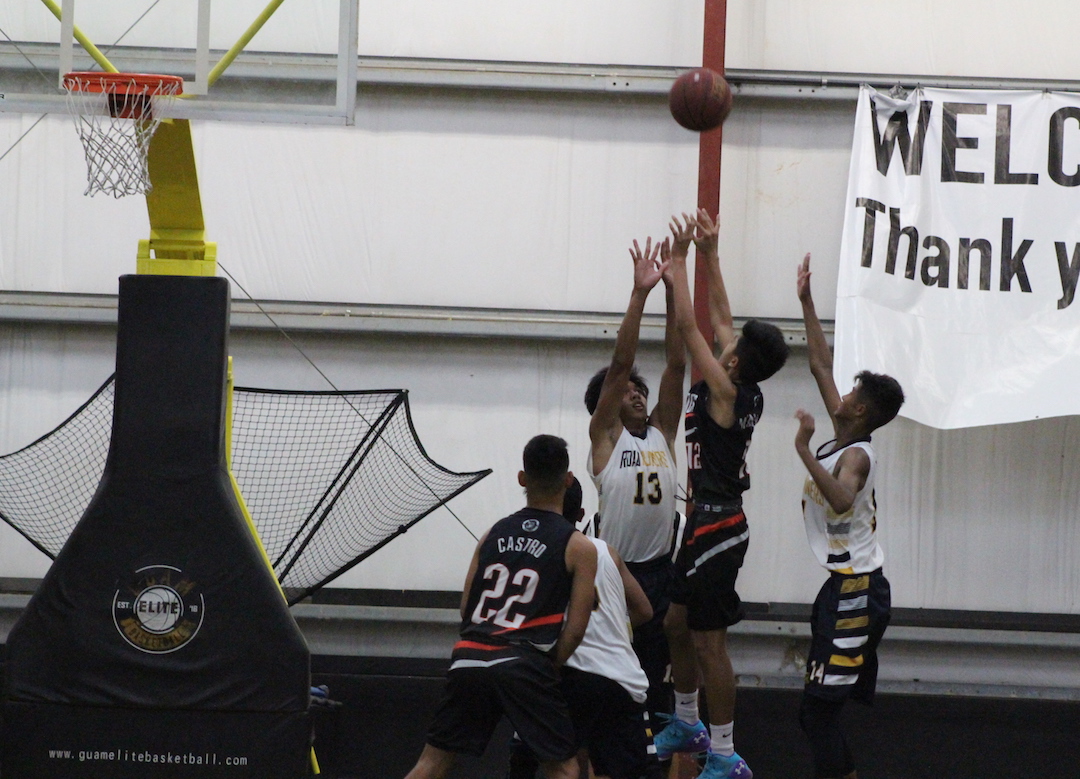 The 2018 All-Island Middle Boys Basketball Tournament tipped off Monday night at the Guam Elite Basketball Center with the top middle schools from both public and private sector taking the court.

The evening’s feature game was between the GDOE champion BMS Roadrunners and the Untalan Wildcats. Each team was victorious on their home court during the GDOE season but BMS had the best record at the end of the season to claim the championship.

The grudge match was now in neutral territory and Wildcats overcame an early offensive barrage by the Roadrunners to grind out a hard fought 38-31 victory.

BMS showed their stingy full-court pressure defense to force early turnovers to go up 7-0 to start the contest. Jerriel Zapanta scored the first four points of the game to help the Roadrunners surge ahead early.

The Wildcats remained calm and slowly chipped away at their deficit behind the play of Darren Cepeda. Cepeda made plays on both ends of the court, helping his team come back to trail 12-9.

Vorel Cruz and Hendrix De Fiesta scored baskets for the Roadrunners to go back ahead 16-9. The Wildcats came clawing back with Mark Morales hitting a short jumper and Andrei Hernandez swishing a 3-pointer to tie the game at 16-16. Cepeda recorded a block on defense and converted an acrobatic lay-in just before halftime to out the Wildcats ahead 18-16.

Untalan continued to play with confidence scoring six quick points to start the second half. Hernandez drained a three pointer and Morales made converted an ‘and-1’ three-point play to go ahead 24-16.

The Wildcats went on a scoring drought for 11 minutes as they saw their deficit approach double digits. Jacobe Quinata ended the BMS scoring drought with a put back. Zapanta hit a pair of mid range jumpers with three minutes left in regulation to get within six points.

Hernandez ended the BMS come back with a 3-point dagger to go back ahead by nine points. Cepeda made his free throws to help the Wildcats win 38-31.

“We knew that they have a size advantage on us so we wanted to focus on playing hard, scrappy defense against them,” said Cepeda.

Cepeda had 13 points, eight rebounds and four blocks to lead the Wildcats. Hernandez made 3-of-4 three-pointers for 12 points.

Hernandez was obliged to take the big shots down the stretch and said he felt no pressure. “This is a good gym, I like the rims here,” said Hernandez. “Its going to be a fun tournament, we’ve worked on getting better at breaking the press and scoring”

“We just want to get better from our regular season. Our goal is to win first place for this tournament. There’s alot of good teams and it’s going to be hard but we are willing to work for it,” said Cepeda.

The Astumbo Dragons defeated the St. Paul Warriors in their first game of the tournament.

The Astumbo Dragons defeated the St. Paul Warriors in their first game of the tournament.