For the third time in four years, the JFK Islanders are champions of softball! 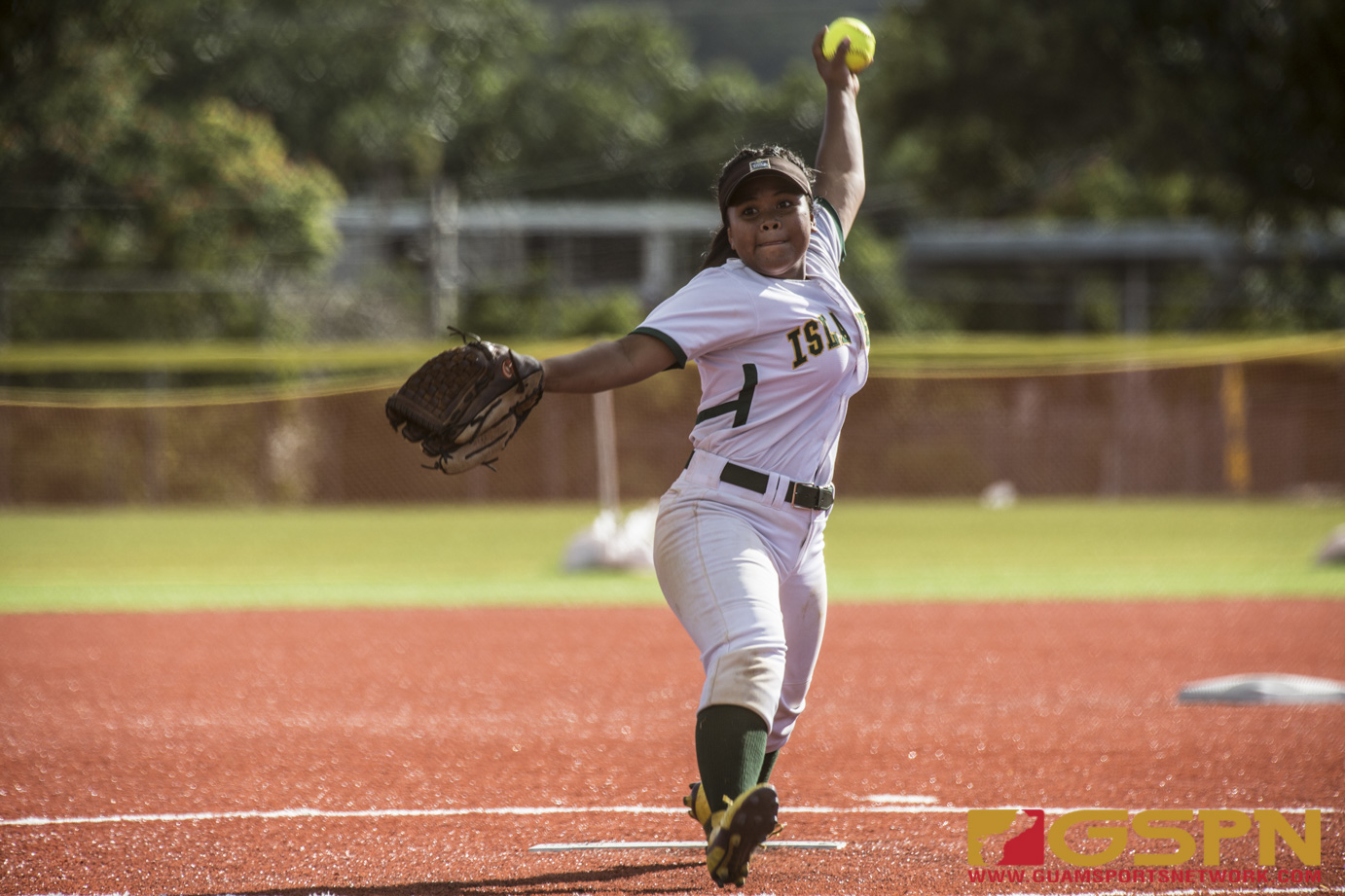 For the third time in four years, the JFK Islanders are champions of softball!

The Islanders broke away from a close 4-4 contest in the 4th inning against the Academy Cougars to win the title game 12-6 at the Guam High Field Saturday afternoon. Islander Pillar George was big at bat going 3-4, included a solo homer out to left field in the 3rd inning.

“I never thought I ever get to this moment,” said George on being a softball champion for a third time.

Asked where this one ranked amongst the three, George stated, “I really just enjoyed winning all of them equally.”

“I was locked in today, from both sides. There were times I got a little sidetracked from my family, but I didn’t look at it as a distraction. Instead I used it as a way to bring myself up,” said George on her performance.

JFK scored five runs in the 4th while added three more in the 6th to secure the title.

From the opening pitch, the Cougars proved ready to give the Islanders their toughest game all season. Academy senior Doriaun Calvo picked up a double on her first at bat, eventually rounding out the bases after two Islander errors to put the Cougars up 1-0.

The Islanders went three-up, three-down in the first inning with Pillar popping a foul ball short and high which allowed Cougars catcher Chloe Analista to pick her off for an out. George wasn’t happy about her first at bat and she took it out her frustration on the Cougars for the rest of her time there.

“I was just swinging away at my first at bat and I wasn’t really into my swings. All I thought at my next at bat was, ‘heck no am I getting out again’,” said George.

Islander Vianka Leon Guerrero got JFK on the board with an RBI single in the 2nd inning, eventually getting a scored run off an error to take a 2-1 lead. JFK’s Kayla Rojas kept the bats hot with an RBI single for a 3-2 lead after two innings.

Academy let the undefeated Islanders know they weren’t going away after quickly tying up the game 3-3 in the top of the 3rd after a scored run from Lawrel Lizama and another scored run from Sierra Tenorio off a fielders choice.

Pillar’s second at bat ended in the solo homer to put the Islanders back ahead 4-3 in the bottom of the 3rd, but the rollercoaster didn’t stop there as the Cougars quickly answered with another tying run from Kristiana Cruz off a pass ball.

Errors started to pile up for the Cougars in the 4th as a pass ball put JFK ahead 5-4. A scored run off an error put JFK ahead 6-4 before George’s third at bat. Pillar smacked a fast ball from Cougars Ashley Mendiola out left, bringing in two runs for an 8-4 lead. A fielders choice would to grab an out at first put another run on the board for JFK as they took a big 9-4 lead through four.

The Cougars were rallying to make another run at the Islander lead in the 5th inning with an RBI from Jordan Limtiaco to get within 9-6. Islander outfielder Nyah Chamberlain snagged a fly ball for the Cougars first out, but then made a heads up double play a batter later after securing another fly ball before making a heads up throw to catch a stranded Cougar trying for second base.

“I was frustrated with how the game was going and how I wasn’t playing how I wanted to be playing. But when I caught the second out, I noticed that the runner left too early, so I got the out. That was the first game I had a big play like that,” said Nyah.

George would add to the lead with an RBI double in the 6th inning before beating a throw home after a scramble. Up 11-6 after George’s score, teammate Shanalyn Pangelinan would bring in the Islanders last run as they carried a 12-6 lead through six complete innings.

Racing daylight, JFK made quick work of the top of the Cougars rotation to bring home their second straight softball title.

The Islanders considered the Cougars their toughest match all year and they weren’t expecting anything less.

“Academy really brought it today and I’m proud of them. We went really hard in practice so I’m also proud of my team and everything that we’ve accomplished this season,” added Chamberlain.