4th quarter sports is right around the corner! Get the know on previous champs and who’s looking good before the season starts next week! 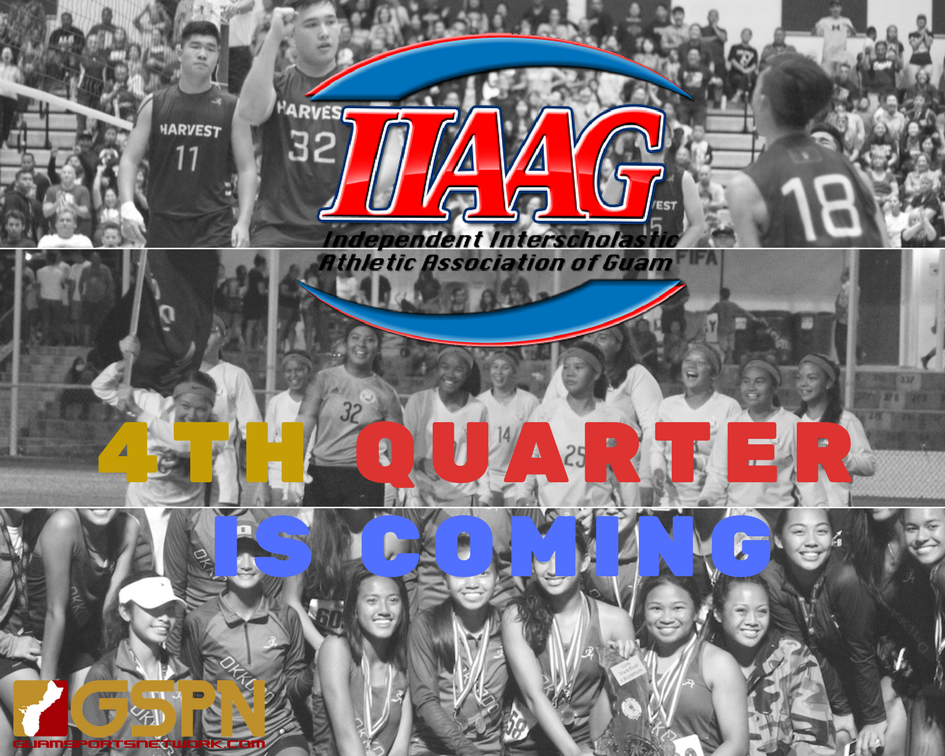 The 2017-2018 IIAAG sports year has been kind to previous champions as we’ve seen eight of the 16 sports played thus far reclaim their title, with at least one repeat champion every quarter. Six IIAAG trophies are left with the IIAAG getting ready to close out the 4th quarter with girls soccer, boys volleyball, track & field and paddling.

The ND Royals saw their young stars turn into team leaders throughout the 2017 season as they defeated the GW Geckos in the finals to lock in a repeat title. ND had been controlling soccer titles after completing a five straight title sweep that ended briefly in 2013. The Southern Dolphins took three straight titles before the Royals reclaimed the soccer throne in the past two years.

The Royals are now led by junior Brianne Leon Guerrero, who scored the lone goal in the 2017 title game. Right on their heels are the hungry GW Geckos with seniors and former MVP Skyylerblu Johnson and Jalana Garcia, who want to make amends for how 2017 ended.

The ever ready Sanchez Sharks, Academy Cougars, St. John’s Knights and Southern Dolphins are also strong teams in the mix as girls soccer kicks off next week! (official schedule posted on the Triple J Sports Calendar)

One of the most memorable final seasons in coaching history played out perfectly for the Harvest Eagles and former long-time coach Kevin Inafuku as the Eagles were crowned volleyball champions for the first time since 2011.

Seniors Sean Evans and Kobe Sotello rode off into the sunset with Inafuku, capping off a unbeaten season with a 2017 title. The Eagles still have heavy hitters in Clayton Mitchel and Mason Caldwell from the championship squad.

The Tiyan Titans won the preseason tourney for the second time in a row this year, despite the departure of seniors Giovanni Manglona and Johnsey Hagel. Now senior Jude Cruz is the teams main weapon now with a hitter Ramil Padigos ready for a bigger role. The FD Friars welcome back De’Aundre Cruz, who was instrumental in their 2016 title, who opted to play volleyball instead of Track & Field. Friars Aiden McDonald has been unleashing his swings after making a big name for himself as a freshman on that title winning squad.

The Titans are aiming to bring their first ever IIAAG title to their school after just opening in 2015.

The Lady Bulldogs stunned the Guam High Panthers for a track title in 2017 and the boys claimed 2nd place after almost beating the Panther Boys. The Panthers still have track stars in seniors Emma Sheedy and Isaac ‘Savage’ Ventura, and are in the runnings for another strong showcase. The Legend Joe Taitano has had a few veterans grow through the program as he battles the ever-changing student body of Guam’s only military high school.

The Okkodo Bulldogs lost the medal collecting Shania Bulala and Athan Arizanga, but Bulldog coach Desmond Mandell always has his squad ready to compete and in 2018 will be no exception. JFK will still find themselves in the mix with Jay Antonio pulling the strings behind an always strong track squad.

The JFK Islanders have dominated the IIAAG paddling scene reeling in three paddling titles in the past five years. If you rack up boys, girls and mixed titles, that’s at least eight IIAAG plaques stored safely in their school.