Wednesday morning at the PIC Resort, runners, sponsors and fans of the United Guam Marathon partook in a ‘BBQ at the Beach’ event which was presented in a special LIVE broadcasted from KUAM. 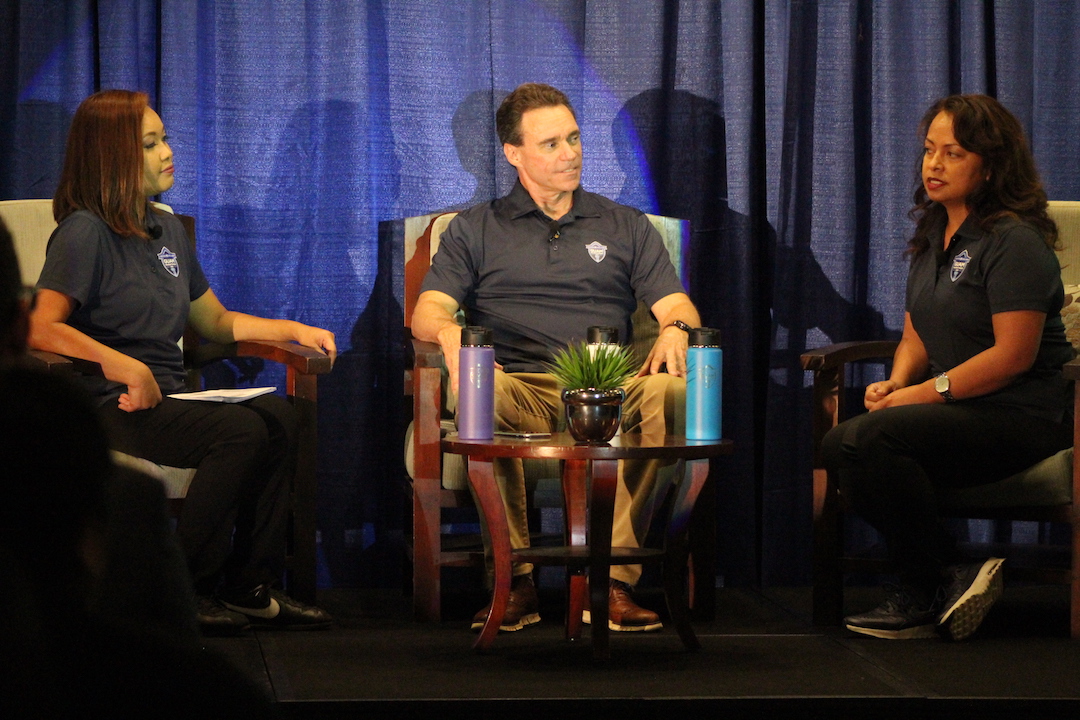 Wednesday morning at the PIC Resort, runners, sponsors and fans of the United Guam Marathon partook in a ‘BBQ at the Beach’ event which was presented in a special LIVE broadcasted from KUAM.

Race chair Ben Ferguson stated 2017 saw over 4300 participants with at least half of the racers coming from off-island making the annual event a truly ‘international experience’.

The UGM committee was happy to announce the launch of the UGM app, which is currently available on the App Store and Google Play Store. The app will allow runners access to special discount on items as well as the ability for non-registered runners to sign up for the race.

UGM is more than just a marathon as they also host the half-marathon, 10k and 5k races.

UGM is scheduled for April 8th with April 3rd being the last day for registration.

Ray Chargualaf gives a display of exercises you could do as you warm up for the big race. (photo by Robert Balajadia)

Run Guam’s Derek and Desmond Mandell share insights of their weekly training program as well as new Run Guam gear in preparation for the event. (photo by Robert Balajadia)

Sabrina Salas Mantanane, Ben Ferguson and GVB’s Nate Denight go through some good eats from sponsors of the event. (photo by Robert Balajadia)