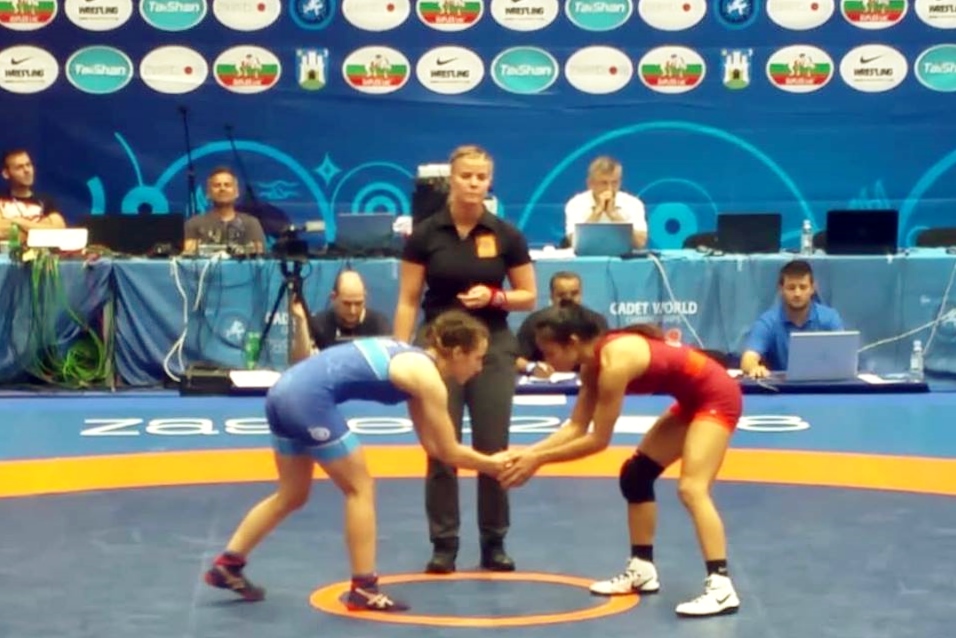 Guam and Hawaii shares her heart, but Team USA got the medal.

Wrestling sensation Tiare Ikei – representing her dad Chad’s Hawaiian Islands and her mom Racquel’s island of Guam – took on the world wearing the red, white and blue and came away with a bronze medal at the 2018 Cadet World Wrestling Championships in Croatia 49 kilograms by pinning Mongolia’s Munkhgerel Munkhbat.

“I’m thrilled,” Ikei said in this interview. “I’ll take a bronze this year…keep on working my way throughout the year to get to the top of the podium.”

Chad is a well-known strength and condition coach in Hawaii who has done several camps on Guam in recent years and Racquel hails from the village of Maina.

“We’re super proud of Tiare,” proud papa Chad tells GSPN. “I know it’s not the outcome she had set out for herself but at this level you’re going up against the best in the world in your division and sometimes you fall short. What people don’t realize is Tiare has only been wrestling for a little over 3 1/2 years and truthfully only the past year and a half was solely dedicated to wrestling because before that she was playing volleyball and had to split her training accordingly.

“So to get to this level as quickly as she has is an accomplishment in itself and for her to walk away from her very first World Championship with a bronze medal is surreal. I’ll let her enjoy the rest of her trip with her Team USA teammates and soak it all up but once we’re back home it’ll be back to the grind getting ready for the next tournament.”

BUBBA NICKLES COMING TO GUAM
DESTINATION YAP: GIRLS BASKETBALL ARE BACK FOR MORE