The Guam High Panthers suffered their first loss on the season on Thursday afternoon when JFK defeated the 11-1 in five innings at the JFK field. 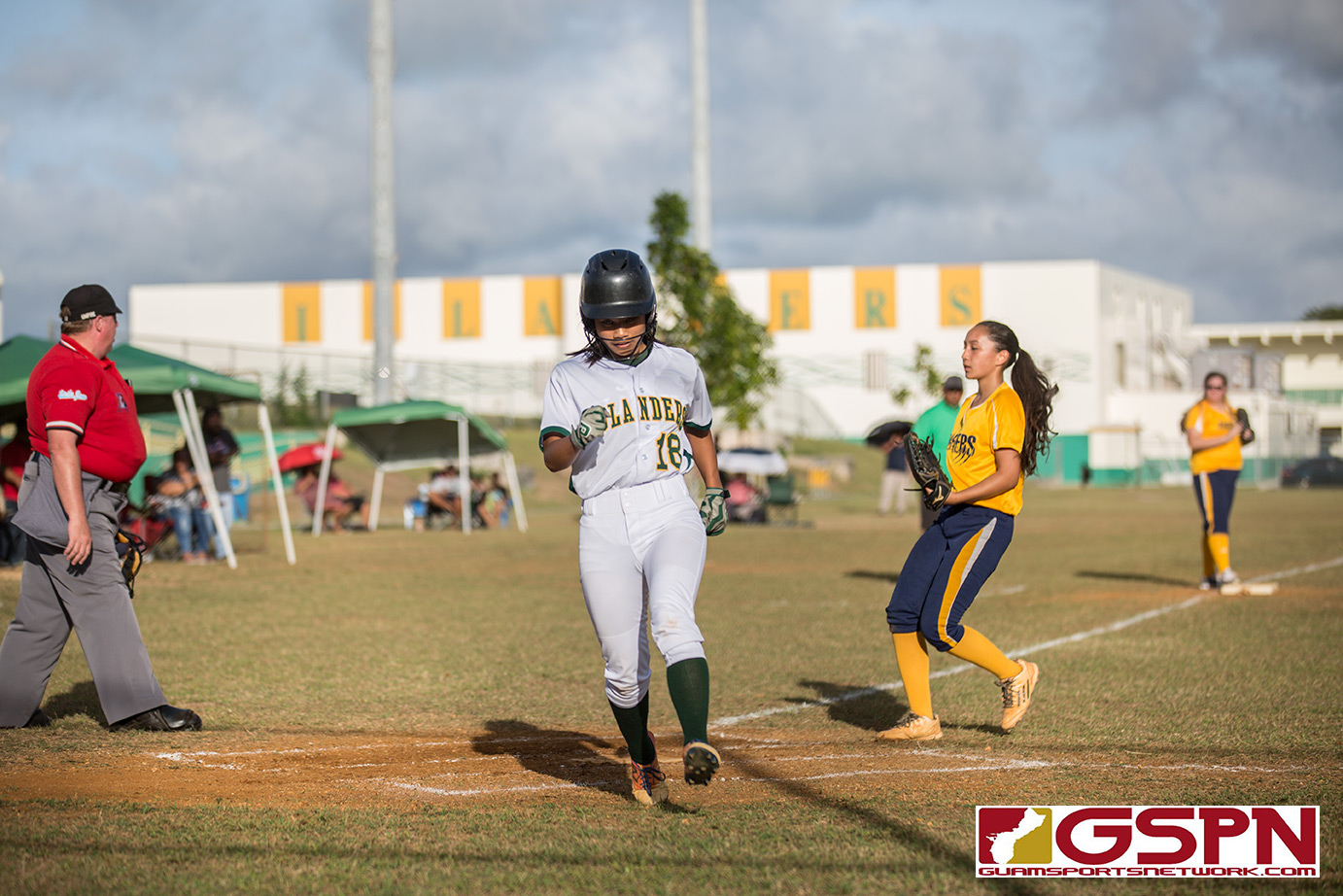 The Guam High Panthers suffered their first loss on the season on Thursday afternoon when JFK defeated the 11-1 in five innings at the JFK field.

The Islander defense kept their game in precise order, allowing only one run and only two base hits, both of which, were only singles. Seven batters were struck out by the dangerous veteran pitcher Pillar George.

“I just put on my 110 percent because that’s what my team needs,” said Pillar George, suffering from an illness, “I would never give anything less than that.”

Guam High avoided a shutout in the top of the first inning, when Kaylee Camacho, the senior pitcher for the Panthers, was able to safely run home after Kyra Castro caused defenders to cause a force out on the opposite side of the field.

The Islanders scored 11 total runs throughout the five inning match-up. George was responsible for six of these runs through RBIs, home steals, and even hitting the game ending walk off run.

In the bottom of the fourth inning, while the Islanders were earning six runs, the JFK dugout became rowdy with excitement.

“Our cheering got up after a few runs came in, everyone was hyper,” explained Pillar, “the whole dugout was yelling and cheering for everyone no matter if it was an error or a strikeout.”

The Panthers scored their one and only run in the beginning of the game. This run was scored when Panther pitcher Kaylee Camacho stole home plate.

JFK was put in an almost exact position as GHS when it was their first time at bat in the bottom of the first inning. Pillar George, a senior who is the same position, and wears the same number as Kaylee Camacho, stole home in the exact same way. This tied things up at one run each.

The second inning is when the Islanders began to takeoff with the softball game, with Pillar George striking out three in a row. The offense was able to score one more run of their own. This run was scored when Emani Gutierrez batted in previous batter Kiyoni Yamaguchi with and RBI triple. This made the score 2-1.

JFK scored another single run in the bottom of the third inning when Pillar George got a go ahead run after Narissa Blaz created a window. This made the score 3-1, JFK slowly increasing their lead.

The bottom of the fourth inning is really when the outcome of the game became obvious, a total of six runs being scored. The first of these was scored when Shanalyn Pangelinan stole home, followed by an RBI triple batted in by Pillar, allowing Gutierrez and Isabel Itliong-Cruz to go home. The next run was scored when George stole home, preceded by a pair of RBI, hit by Vianka Leon Guerrero and Pangelinan. Home was also stolen again by Pangelinan. The score after this explosive production was 9-1, Islanders with a heavy lead.

The fifth inning was the deciding factor of the game. Isabel Cruz hit an RBI single, making Gutierrez find her way to a tenth run of the game, paving the way for Pillar to hit the walk off run, thus ending the game due to the mercy rule, at 11-1.