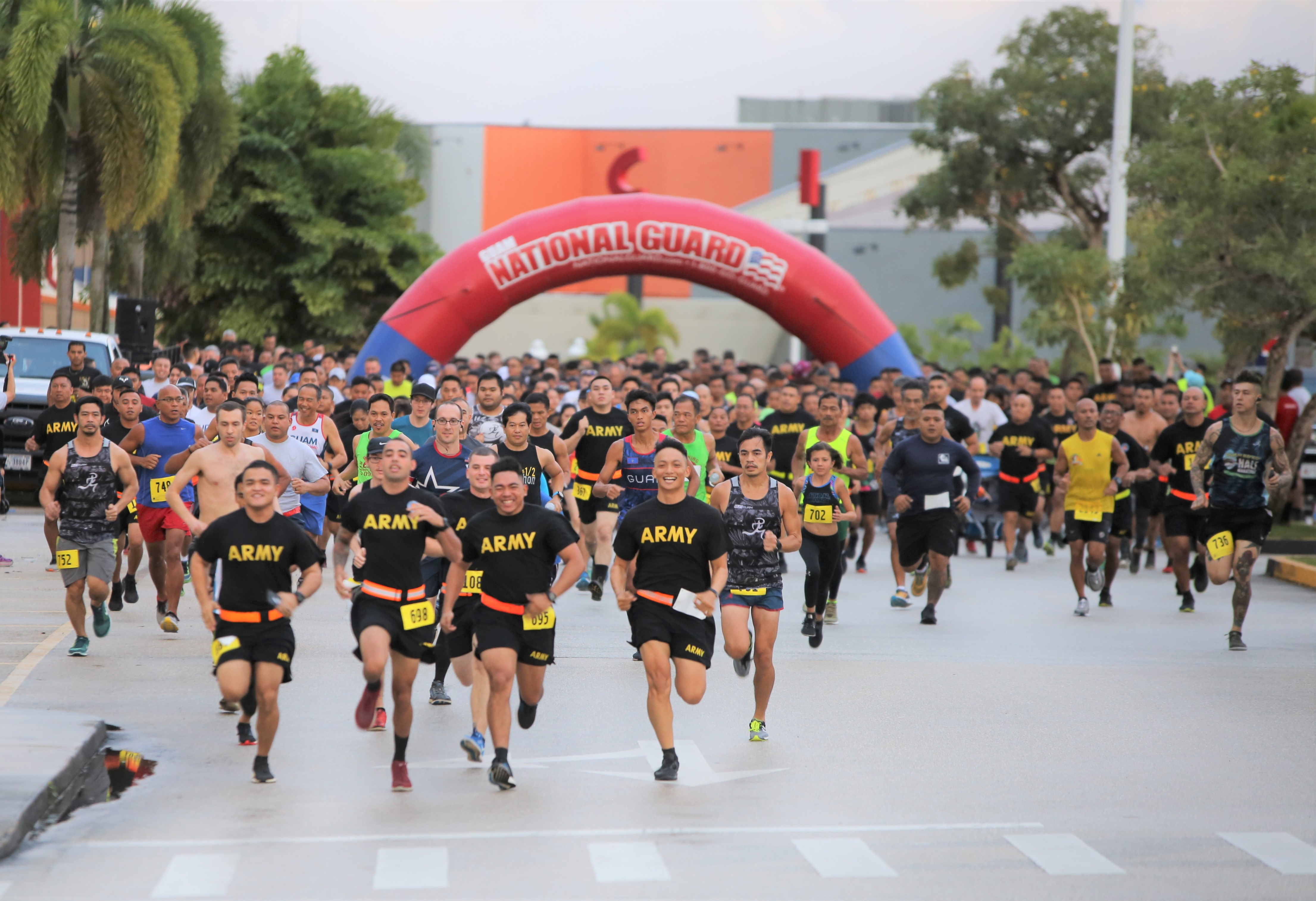 PRESS RELEASE – More than 1,500 runners came out to celebrate the Guam National Guard’s 37th Anniversary and participate in its Annual Taotaomona Run/Walk/Stroll at the Guam Premiere Outlets early Saturday morning. This year’s theme is 37 years of service and sacrifice to recognize what our members and their families do for our island and our nation.

Dri-fit shirts were available for the first 2,400 registered finishers. All proceeds from this 2K/5K will benefit the Guard’s Family Readiness Groups (FRGs). This organization, within each unit, takes care of the families on Guam when the Soldiers or Airmen are in training or deployed.

The FRGs do so much to assist the families, keep them informed and even provide training on resiliency, stress management and an opportunity to network with other families.

All photos will be posted on the Guam National Guard Facebook page later this week.

Participants in the Guam National Guard’s Annual 2K/5K Run/Walk/Stroll render honors and respect as the National Anthem and Guam Hymn are sung prior to the start on Saturday, July 7, at the GPO in Tamuning. (Photo by and provided courtesy of Major Josephine Blas, GUNG Public Affairs Officer. Released).