MARTINEZ WEIGHS IN AT 239 LBS. FOR CRO COP FIGHT 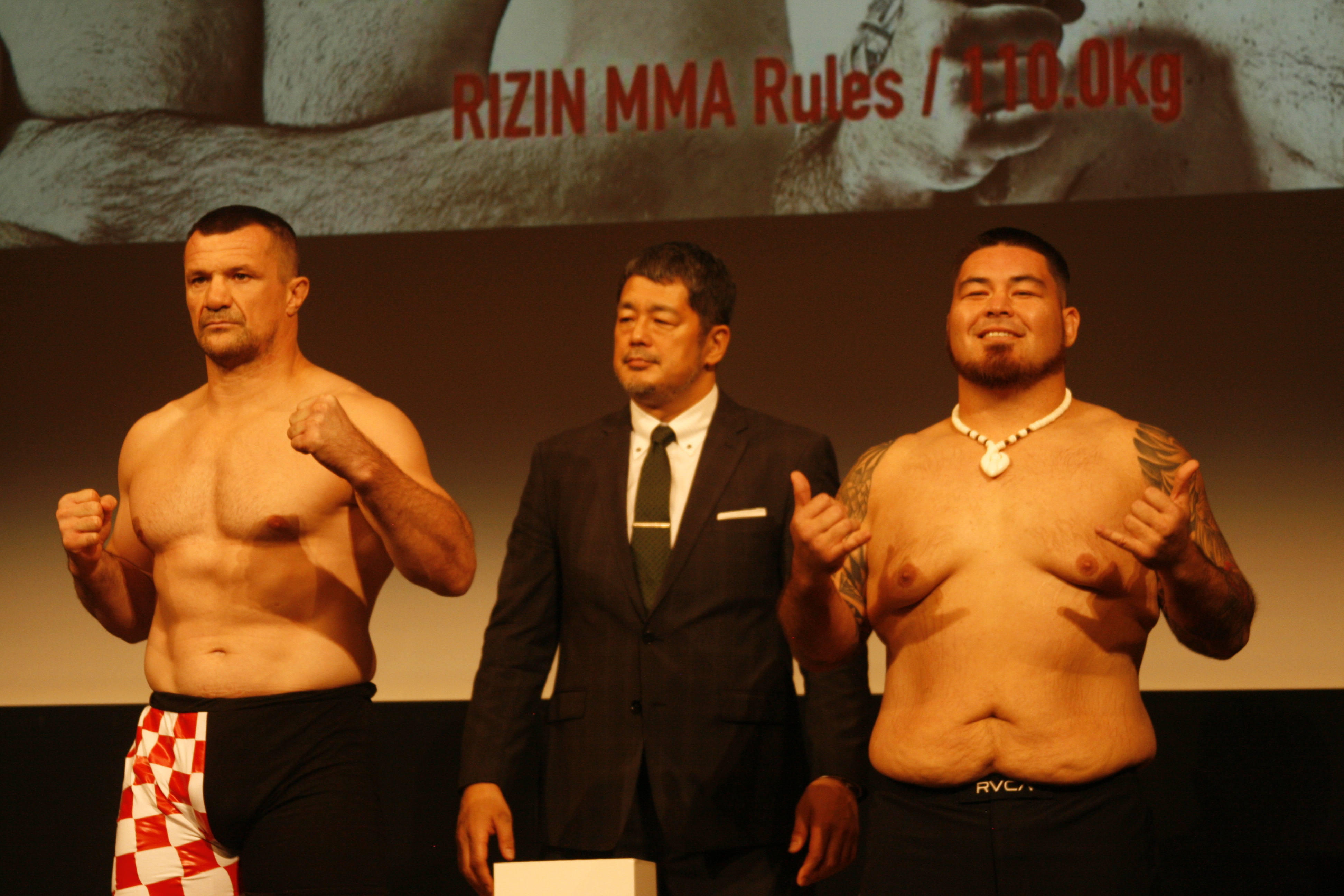 TOKYO, Japan – Roque Martinez came in one kilogram under the max weight (110 kg) in his heavyweight showdown with MMA legend Mirko ‘Cro Cop’ Filipovic heading into Sunday’s Rizin 13 at the famous Saitama Arena.

Martinez needed to come in at 242 pounds. Instead, he took off three more pounds for good measure.

“I was a little lighter than I expected,” Martinez said. “It was pretty easy.”

A stoic Filipovic throughout the weigh ins tipped the scale at just a pound more than Martinez – 109.45 kilos, to be exact.

The official weigh ins happened earlier in the morning with the ceremonial weigh ins taking place at the Fuji Television Multi Theater in Odaiba.

The fight on Sunday is just two rounds, but the first round is 10 minutes while the second round is five minutes.

The fight card gets underway at 5 pm CHamoru Standard Time with the big fight projected around 7:30-8 pm. Tune in to GSPN’s Instagram and Facebook pages for all the latest.

Mirko Cro Cop and Roque Martinez face off in Rizin 13’s official weigh in here in Tokyo, Japan. The big fight is on Sunday at the Saitama Arena. (photo by Erik Flores)

Teammate Kyle Aguon is also in town as the head coach for Miyuu Yamamoto, older sister of Kid Yamamato, who is also on the fight card.

The Guam fans and Spike 22 family are in full support here in Tokyo for Roque Martinez.