Trailing by as much as 24 points, the Harmoon Loop Dental Phoenix Sons managed to turn up scoring in the second half to beat the Southern 40+ squad 102-89. 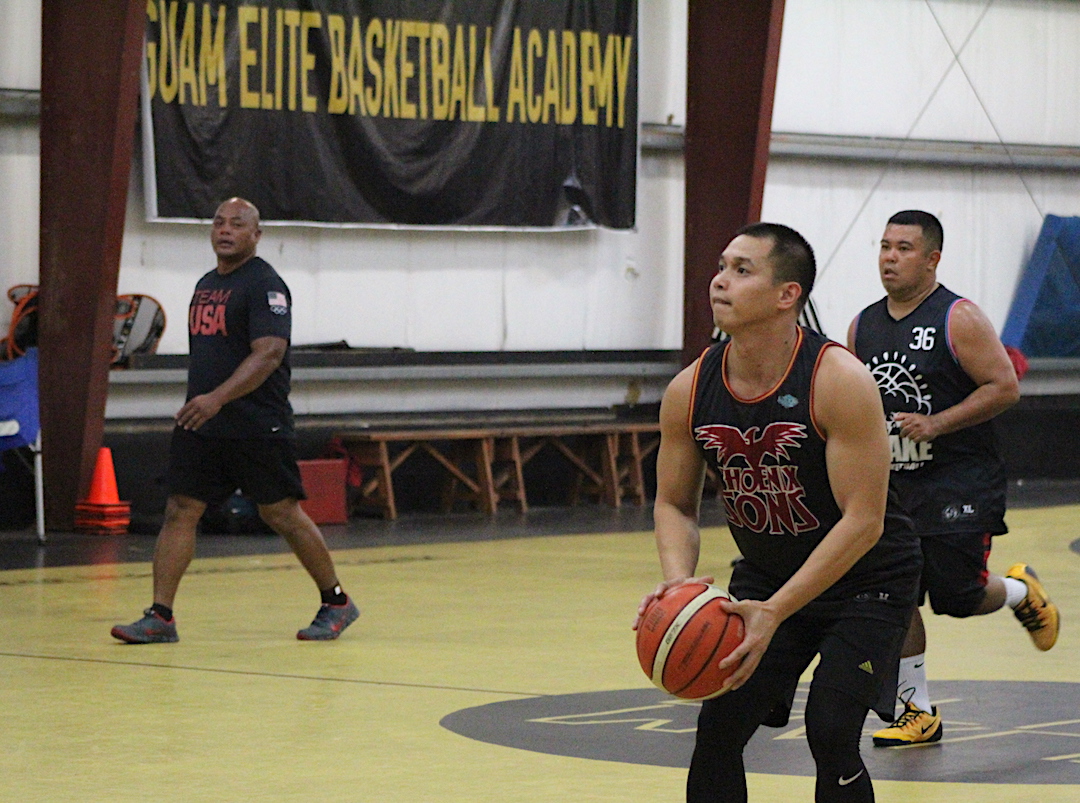 Trailing by as much as 24 points, the Harmoon Loop Dental Phoenix Sons managed to turn up scoring in the second half to beat the Southern 40+ squad 102-89.

Southern got hot from down town in the 1st half with 26 first half points coming by way of Joe Stevens to put the Sons in jeopardy with Southern leading 50-33 at the half. Son’s William Stinnett and Julius Yu managed to string their own hot streak from deep after a flurry of shots from both sharpshooters gave the Sons their first lead of the game at 79-76.

The shot from Stinnett on the wing to give the Sons the lead forced the games firs timeout as both squads were playing iron-man style; no subs. Stevens shot a perfect 3-of-3 in the second half before he started to cool down, but still ended with a game-high 34 points.

Stinnett’s 10 three pointers and Yu’s 11 from deep proved too strong to overcome as Stinnett finished with a game-high 37 points to Yu’s 36.

Wendy’s Players of the Game: Julius Yu and William Stinnett

In the late game, team Gualiek (GW) 30 plus handed the Cherry Media Phoenix Sons (FD) their first loss of the season. James Stake burned the nets with 3-pointers for GW as they pushed their lead to as much as 17 points.

FD’s Brian Aflague and Alvin Alvarez mounted a comeback and got within eight points with 12 minutes in regualtion to force Gualiek to call a timeout. Gualiek answered with a 6-0 run with buckets from Casey Cruz, Justin “the Shocker” Cruz and Chris Blas to shut the door on any hopes of a Cherry Media comeback.

Stake led all scorers with 20 points, Alvarez from scored 12 points to led Cherry Media. Both teams are now 1-1 in the league.

ROUND 9: 2018 MOTOCROSS SERIES COMING TO AN END
KNIGHTS OPEN SEASON WITH WIN OVER MCA
Loading Comments...