ROYALS BLANK SHARKS IN SEMIS, ROLL ON TO FINALS

The defending champion ND Royals faced off against the Simon Sanchez Sharks in the IIAAG High Schools Girls’ Soccer semi final game at GFA field. The Notre Dame Royals came out hot right from the start scoring their only goals of the game within the first 10 minutes of the game courtesy of Lauren Phillips and Shyann Roberto to blank the sharks 2-0. 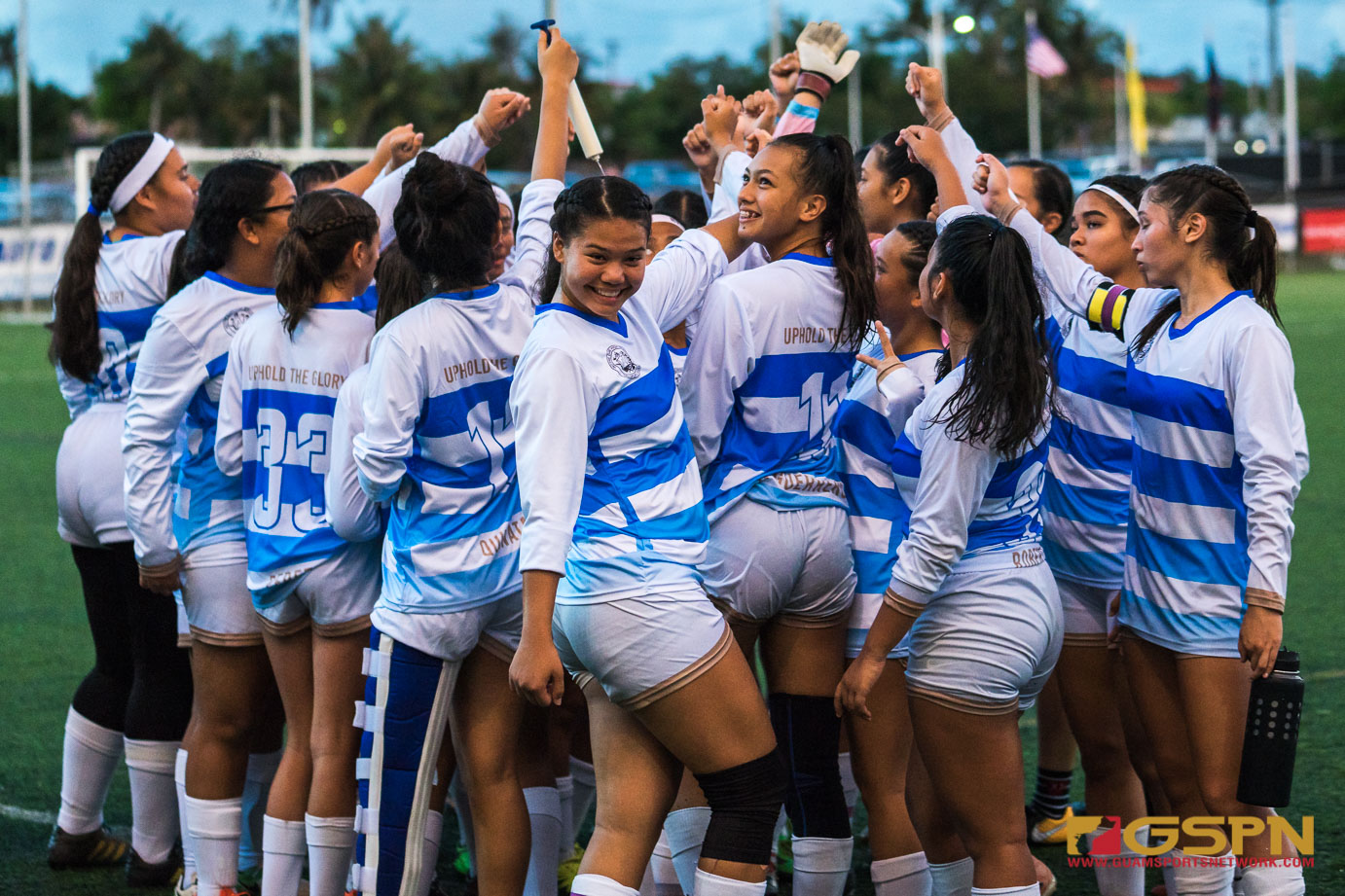 The defending champion ND Royals faced off against the Simon Sanchez Sharks in the IIAAG High Schools Girls’ Soccer semi final game at GFA field. The Notre Dame Royals came out hot right from the start scoring their only goals of the game within the first 10 minutes of the game courtesy of Lauren Phillips and Shyann Roberto to blank the sharks 2-0.

With experience on their side, the royals have been able to assert their dominance in this high school league, but it would be freshman phenom, Lauren Phillips, who would grab the first goal of the game for the Royals.

They Royals were able to move the ball quite efficiently as they were able to find open shots, however, were not able to quite hit their mark. It was not until season MVP, Brianne Leon Guerrero, sent a deep through pass ahead from mid field to find striker, Lauren Phillips. Phillips made a move after the quick first touch and was able to get a shot off. Despite being in her first year of high school soccer, Phillips was able to recognize and seize an opportunity to score to put the Royals up 1-0 in the 8th minute.

“I saw the keeper and the defender get tangled together, so I thought I would just squeeze my in and set my shot and thankfully it was able to go in,” said Phillips on how she was able to recognize her chance to get her team on the board.

It didn’t take long for the Royals to capitalize on another chance to score. The Notre Dame defense was air-tight, only allowing one shot to be taken the entire first half. Confidence was key as Sophomore striker, Shyann Roberto, netted in the second goal of the game from an impressive 25 meters out in the 10th minute. Roberto attributed her open position to the passing performance from her teammates.

“I think we had really good passing today. We really wanted to get the win today and we put in the work during practice,” said Shiann on what allowed her to score.

The Royals have an opportunity to cap off a three peat as they move on to their third championship in three years. Finishing the regular season undefeated, the Royals look to continue their winning streak as they move into the Championship. ND coach, Demi Brennan, doesn’t want her team to change much under the pressure.

“Our goal from the beginning of the season was to try and get that third championship. We’re going to come at it with the same approach as we had in every game of the regular season,” said coach Brennan on their approach as they move to the championship title Game.

The Royals will face off against the GW geckos in a rematch of last year’s title game. Shyann Roberto looks to rise above the pressure and cap off their run for a three-peat.

“There’s a lot of pressure to defend two championships because everyone is expecting us to win. We want to just keep doing what we’ve been doing which is to score, to have good passing and to just play our hardest.”