The Southern 30+ held on to defeat the St. Paul Christian Schools 30+ 56-54, in the All Island Alumni League at the Guam Elite Center on Sunday night, in a nail-biting matchup that was decided in the final seconds of the game. 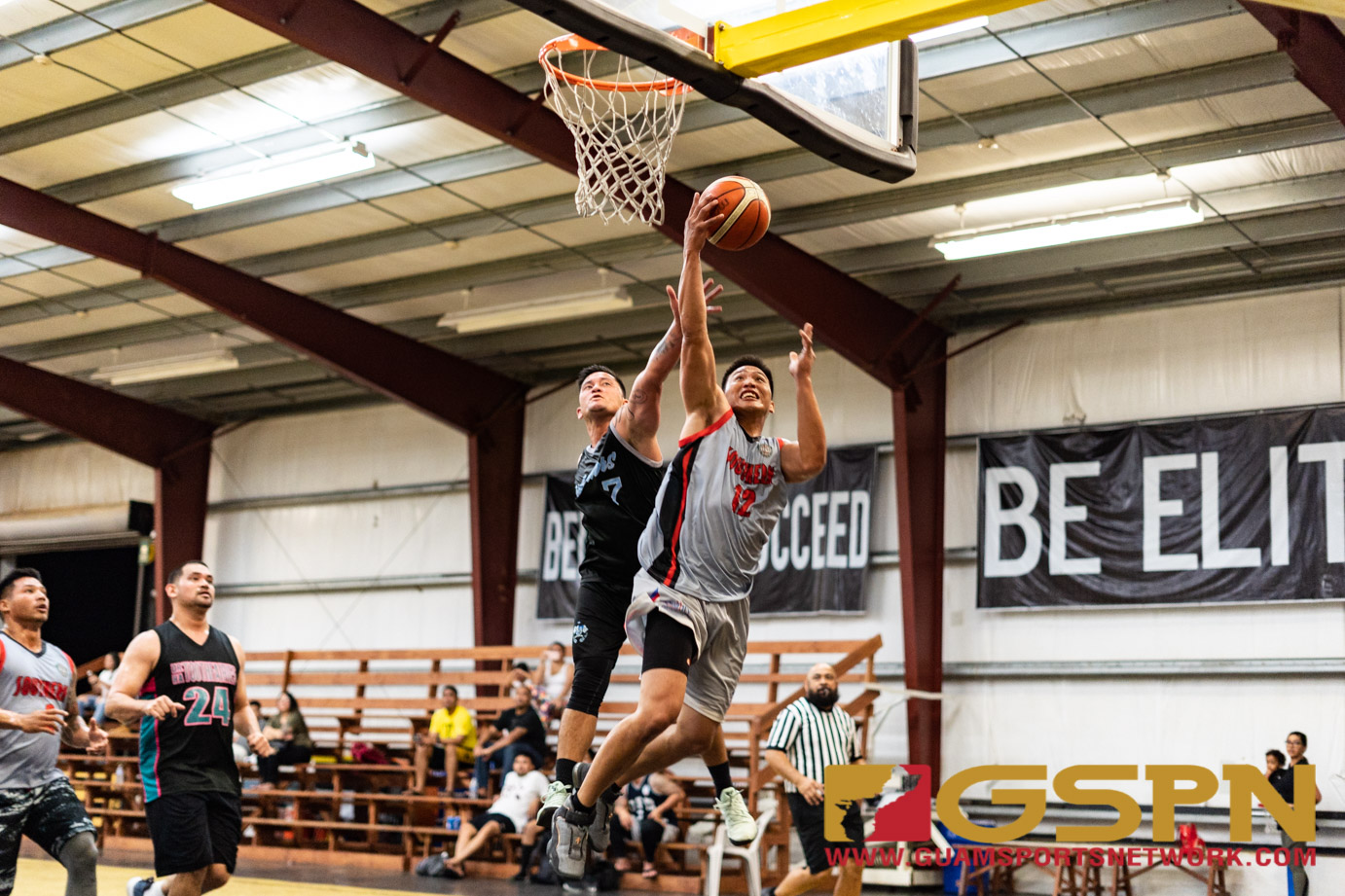 The Southern 30+ held on to defeat the St. Paul Christian Schools 30+ 56-54, in the All Island Alumni League at the Guam Elite Center on Sunday night, in a nail-biting matchup that was decided in the final seconds of the game.

The intensity between both teams could be felt in the final minutes of the game. The last timeout was called with 30 seconds left to play as St. Paul had two fouls to give, trailing 54-50. St. Paul’s Nikko Cabarles would foul out while trying to stop the clock with only one sub on the bench to take his place.

St. Paul’s leading scorer, Andrew Borja with 15 points, hit a big shot which would cut the deficit to 54-52. On Southern’s following possession Kin Benavente was fouled with a one-and-one opportunity and converted both free throws giving his team a four-point lead at 56-52.

Following the free throws, St. Paul’s Tony Thacker converted on a layup bringing his team within two. With five seconds left, and possession on an inbounds play, St. Paul had an opportunity to either tie the game or go for three and secure a comeback victory. They would go for three and miss the shot and Southern would hold on improving their undefeated record to 4-0.

Southern’s players of the games in Noy Espinosa, Kin Benavente and Kin Charfarous, all contributed in major ways to help their team secure the victory. Noy Espinosa lead his team with 19 points draining five three pointers with ease. Excitement ensued in the second half, as Espinosa had the chance to convert on a 4 point play, but would miss the free throw. His team was able to get the offensive rebound though, and he would hit another three following the offensive board.

“My team has great chemistry, we all know each other’s roles and that chemistry helps us play at a higher level. My team relies on me to get boards and be a presence on defense.” Charfarous also thanked Guam Elite for hosting and putting together another year of Alumni Basketball, and for including a Masters league for the first time.

Kin Benavente scored 15 points and converted multiple layups in transition. Benavente would also hit crucial free throws in the final seconds of the game, which secured his team’s lead.

St. Paul’s leading scorer Andrew Borja was on fire in the second half converting on two and-one attempts and making both free throws. Borja would finish with 15 points and had crucial buckets that helped his team get back into the ballgame, his team would fall short, however.