The University of Guam Triton Athletics Department has named Dylan Naputi as the Student-Athlete of the Year for the Tritons in 2018-19. 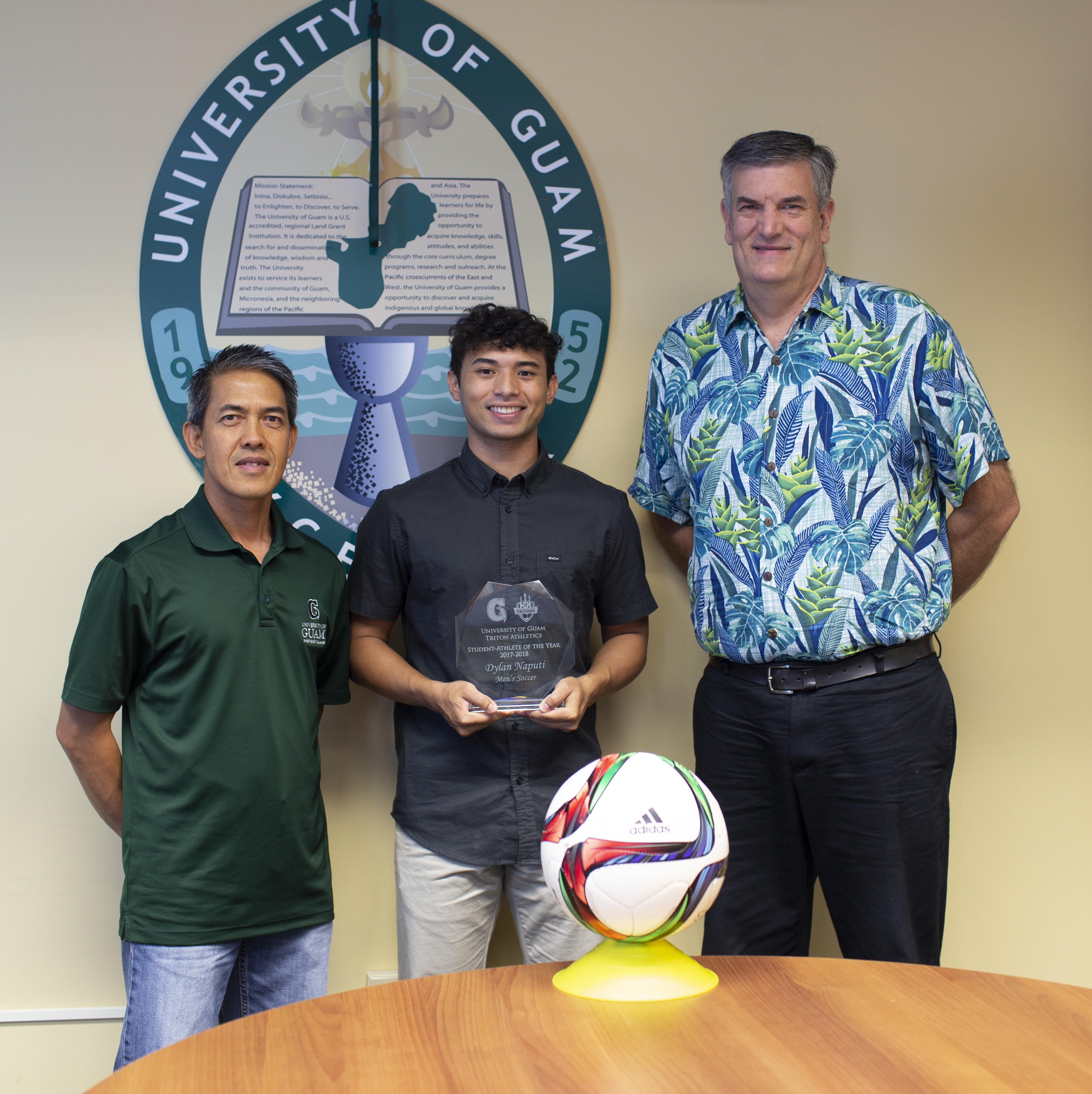 PRESS RELEASE – The University of Guam Triton Athletics Department has named Dylan Naputi as the Student-Athlete of the Year for the Tritons in 2018-19. Dylan help lead the UOG Men’s Soccer Team to a 3rd place finish in the Guam Football Association’s Budweiser Premier League. UOG had a 13-3-1 record for the season which ended in the semi-finals (3-1 UOG loss) to the now 5 time champions, Rovers FC.

Naputi scored 9 goals for the Tritons and assisted on nearly 50% of the 65 goals UOG scored during the season.

This is the 2nd straight year that the Student-Athlete of the Year has been announced. Women’s Soccer Player Shae Torres won the award in 2016-17.

Per UOG Head Coach Rod Hidalgo “Dylan is the center of our team, everything we did offensively went through him and he had very good scoring chemistry with most of the other players on our team and he was able to read their play and feed them the ball often for scoring opportunities”.

Dylan also plays for the Guam National Team where he has played since he was 16 years old. He has the third most games played for the National Team since 2011.

Dylan is a junior at UOG and will return to the Tritons in 2018-19 to play with UOG.

The UOG squad will face the BOG Strykers on June 6 at 7:30pm in a make-up match from the Premier League regular season that was cancelled twice. The Tritons then open in the Jamaican Grill GFA Cup on June 10th against the winner of a first round match.