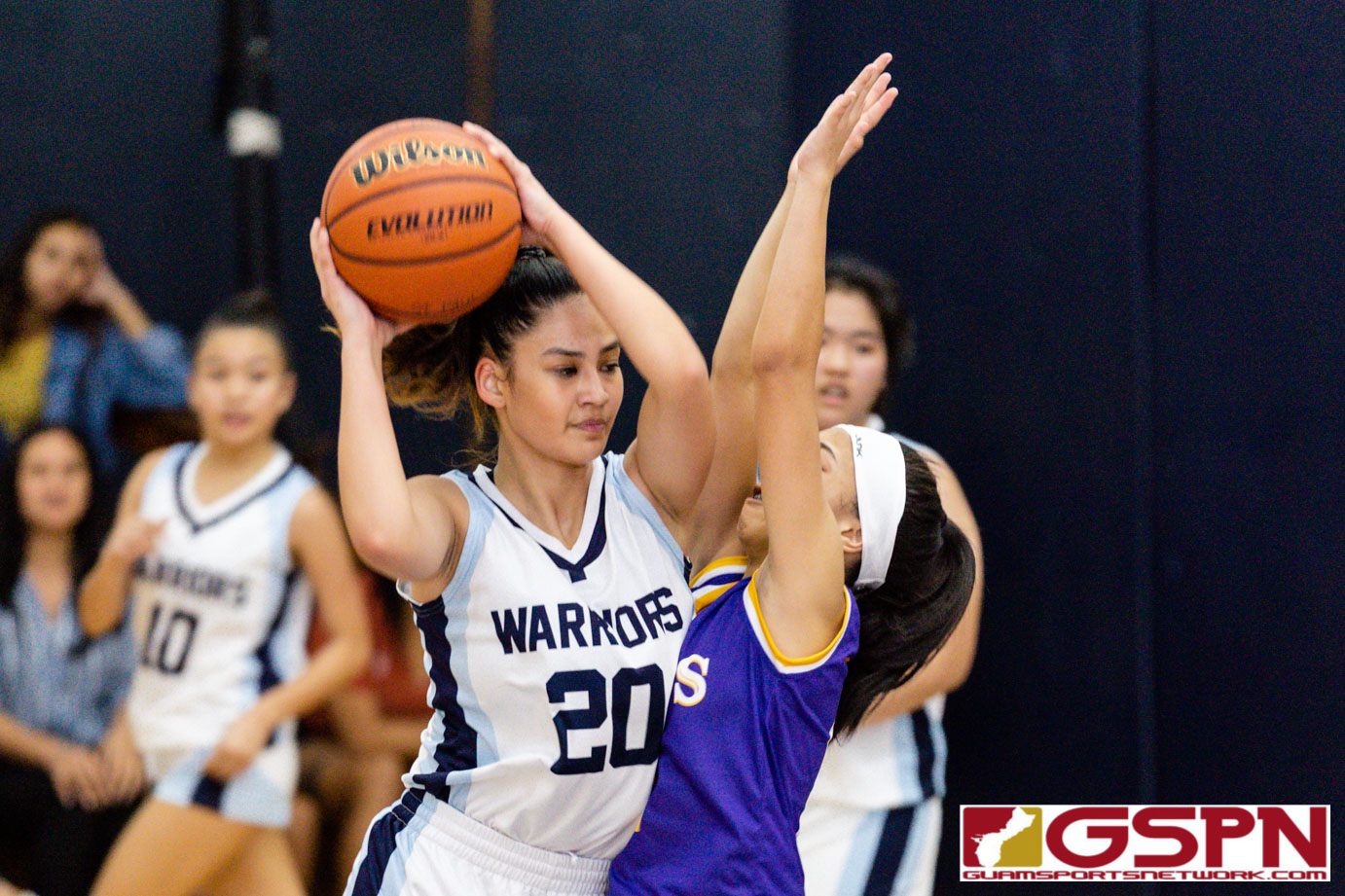 The St. Paul Warriors remained unbeaten (7-0) Friday evening after holding off the GW Geckos in a close 62-55 game on their home floor. A 22-point night from Jan Quintanilla proved big as they overcame a lights-out 25-point performance from Gecko star guard Alana Salas.

The Geckos were in the middle of a surge from Salas as she nailed two three pointers give her team a 41-38 lead in the 3rd quarter, part of a 10-0 personal run off points from Alana alone. St. Paul called for time at the 3:30 mark of the period and quickly turned the tables to gain a definitive advantage.

The Warriors closed the 3rd on an 8-0 run, capping off a 20-0 run that stretched into the 4th quarter after a three-pointer from Quintanilla gave the Warriors a 58-41 lead in the final quarters early goings.

“Our defense sparked that run. We started making more of our shots offensively, but it was definitely our defense… It was mostly our fault because we didn’t play good defense in the beginning,” said Quintanilla how the Warriors managed to turn the game around.

GW fought hard in the closing minutes as Salas and a pair of threes from Ha’ani Aquino had the Geckos down 60-53 with 25 seconds left. Quintanilla was able to convert late game free throws to seal the Warriors win.

The Warriors got a 12-point performance Monica Giger and Aquino added nine points for the Geckos.

Salas was locked in from the opening tip with defenders shadowing her every step of the court. A pair of threes from Alana and back-to-back and one plays from Amanda Uncangco briefly had the Geckos ahead, but a quarter ending bucket from Kat Santos off a Carissa Eter assist had the home team up 15-14.

GW retook the lead 18-17 in the 2nd quarter after a ball-fake layup from Salas, but the Warriors quickly answered with Kirsten Silva converting a free throw and three from the wing to hold a 22-18 advantage at the quarter’s five-minute mark. Aquino would convert her first three-pointer on the night right before halftime with Warriors still holding a 31-29 lead.

Salas caught fire going on a 10-0 run, which included a pair of pull-up three pointers off screens to get the Gecko crowd roaring. Salas’s efforts put GW up 41-38, but the Warriors would respond. Two buckets on the break from Quintanilla and Jenna Almoguera gave the Warriors back the lead, followed by more layups from Giger and Quintanilla to end the quarter with a 49-41 lead.

A pull-up jumper from Silva gave the home team their first double-digit lead of the night, 51-41, with Quintanilla converting from the top of the arc moments later for a 58-41 advantage. Salas and Aquino would make things interesting down the stretch with shots from down town, but the Warriors would prevail.

The Warriors have been involved in close games all season a year after dominating the league with double-digit wins coming almost nightly. This time around, Quintanilla and the girls are already expecting every teams best night in and night out in what has proved to be a competitive fight for the top spot.

“I feel like every team plays their best game against us. Everyone is out to get us and everyone is gunning for us so we’re not surprised when the game is close because we know that teams are going to give us all they got,” added Quintanilla.