World class black belts and brown belts highlighted the day as the 2019 Marianas Open took over the Phoenix Center on Saturday. 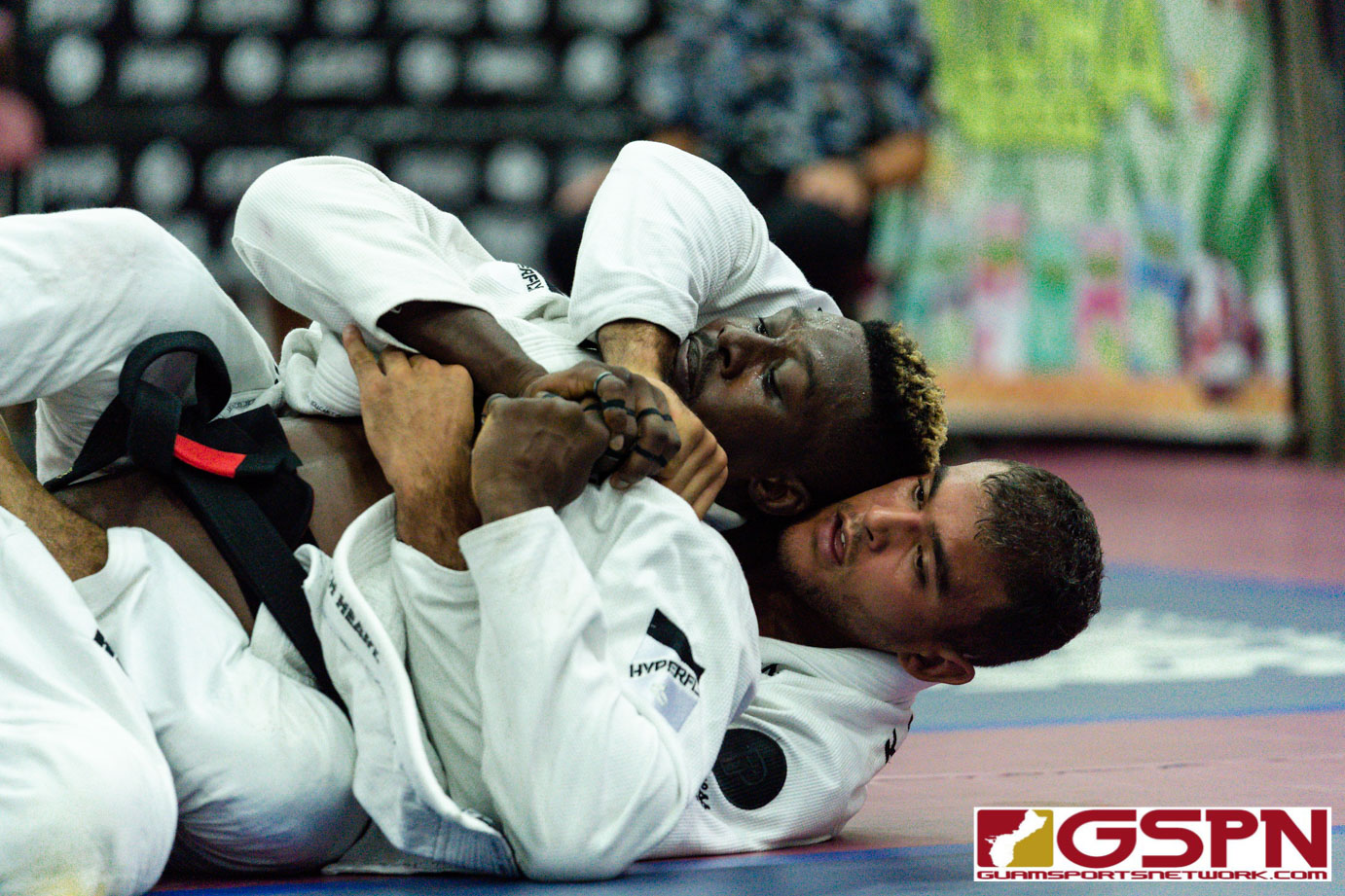 The Guam Jiu-Jitsu Community came together for another successful Marianas Open Event. The FD Phoenix was fully occupied as both kids and adults competed, demonstrating their technique against opponents from around the world.

Guam hosted international athletes in the Brown and Black Belt Divisions. Among those athletes was IBJJF World Champion Black Belt Kaynan Duarte from Atos Jiu-Jitsu Academy in Brazil. While off-island athletes made the event exciting, our local athletes put on a show and competed well against competitors who flew in from all over the world.

The Black Belt Brackets comprised of two Divisions (Division 1 and Division 2). Winners of their respective divisions went on to win $3,000 with an opportunity for one more match and another $3,000 against the winner of the opposite Division.

Division 1
Brazilian athlete Ronaldo Junior, fighting out of Atos in Brazil, won Division 1 after a lapel choke in the final minutes of action forced opponent Itsu Jong to tap.

In the final matchup, Junior rolled against opponent Duarte. Both opponents train at the same gym (Atos) in Brazil; both are also world champions. Duarte would get the better of teammate Junior by decision, winning the overall Black Belt Gold Medal and flying home with six grand.

Anigua, defeated Tyrone Jones who flew in from Drysdale Gym in Las Vegas. Cruz won in the final minutes of action, securing a bow and arrow choke which won him a Gold Medal.