The GW Geckos picked up their first win of the season on their home floor against the Academy Cougars. 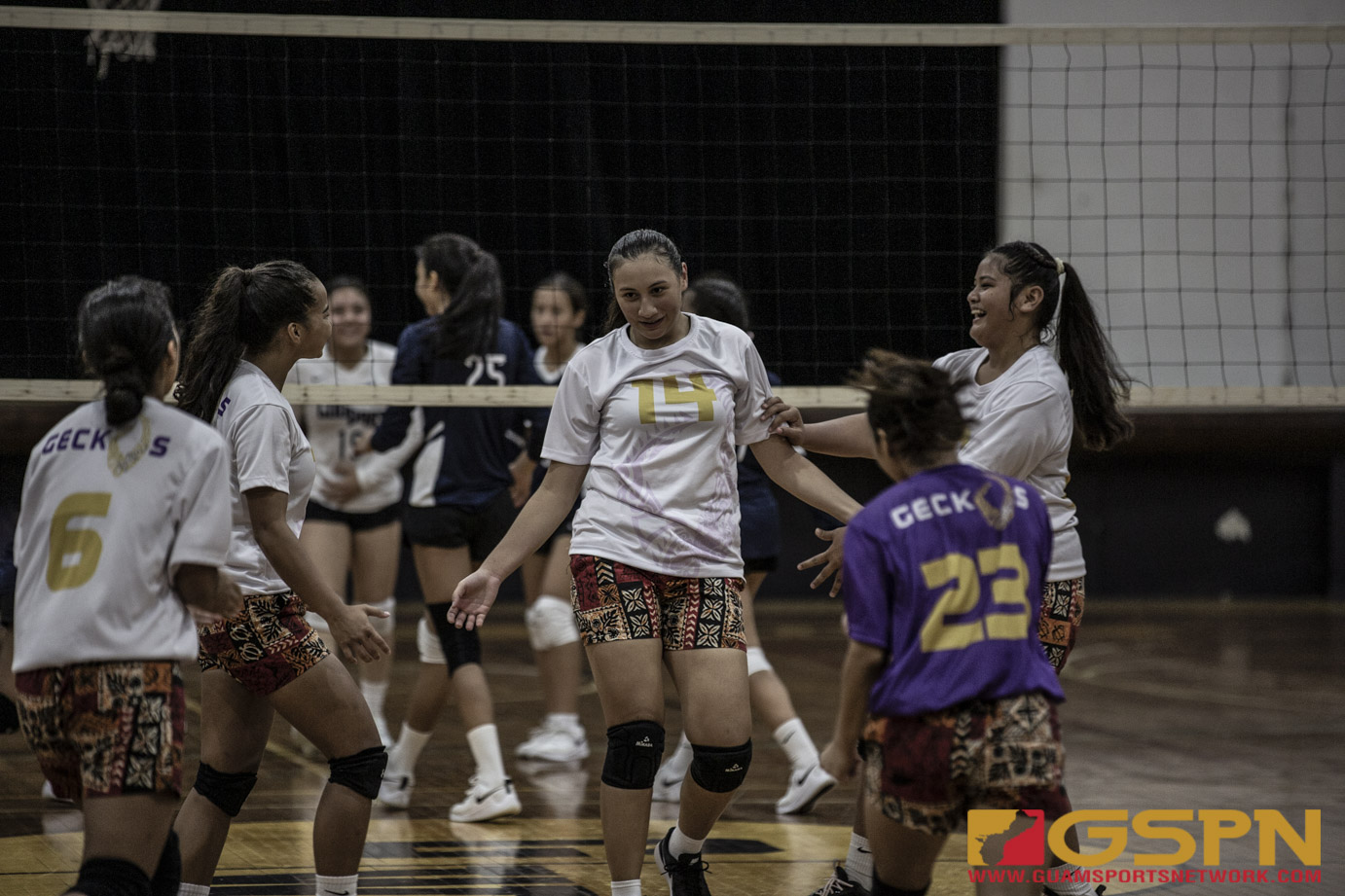 The GW Geckos entered Friday evening searching for their first win in the young 2019 IIAAG Girls Volleyball season as they played host to the unbeaten Academy Cougars. The home floor energy and keeping their errors to a minimum were enough for the purple and gold to get the victory in straight sets 25-21, 25-22, 26-24.

The Cougars were their own worst enemy in the game committing 14 errors in the 1st set, 13 in the 2nd and 17 in the 3rd.

The Geckos kept their errors under double digits for the 1st and 3rd set while also starting off each of the first two sets on a strong foot, holding early leads to give them the edge.

“I’m the bus driver of the team so I need to pick up my team. If my attitude changes then so does my team’s attitude so I need to push my self,” said senior setter Ellisa Joseph. “We lost our first two games this season so we really wanted to come out and try harder from the start.”

GW deployed a balanced offensive attack with Joresha Quichocho leading the team with five kills followed by four kills apiece from Abrienne Chargualaf and Ciarra Martinez. Joseph did damage from the service line with four aces while securing the game-winning kill in the final set.

In the 3rd set down 24-22 after a series of strong plays from Cougar Kristen Serrano, the Geckos were staring down a possible 4th set. In true coach Bobbi Quinata fashion, GW didn’t call for timeout and instead elected to play through the run. Academy would commit a service error followed by a hitting error to knot the game at 24.

The on-court message from that point was clear.

“It’s all about working together and pushing each other to do our best. Don’t downgrade your teammates. Tell them they could do this and if you really want it then they’ll show they’re willing to work for it,” said Joseph on the late game moments.

The Geckos captured the 25-24 lead off a kill from Chargualaf followed by a the nail in the coffin from Joseph.

“It was so scary,” said Joseph as the pass was coming her way for the hit. “But I’m proud of myself and proud of my team.”

The Cougars had a potent offensive knight with Serrano and Rebecca Salas each getting eight total kills along with Serrano’s four blocks. Jeana Reyes finished with five aces and two kills to round out a good spread for Academy, aside from the errors.