A strong performance from their starting backcourt proved big for the GW Geckos in their win over the Southern Dolphins. 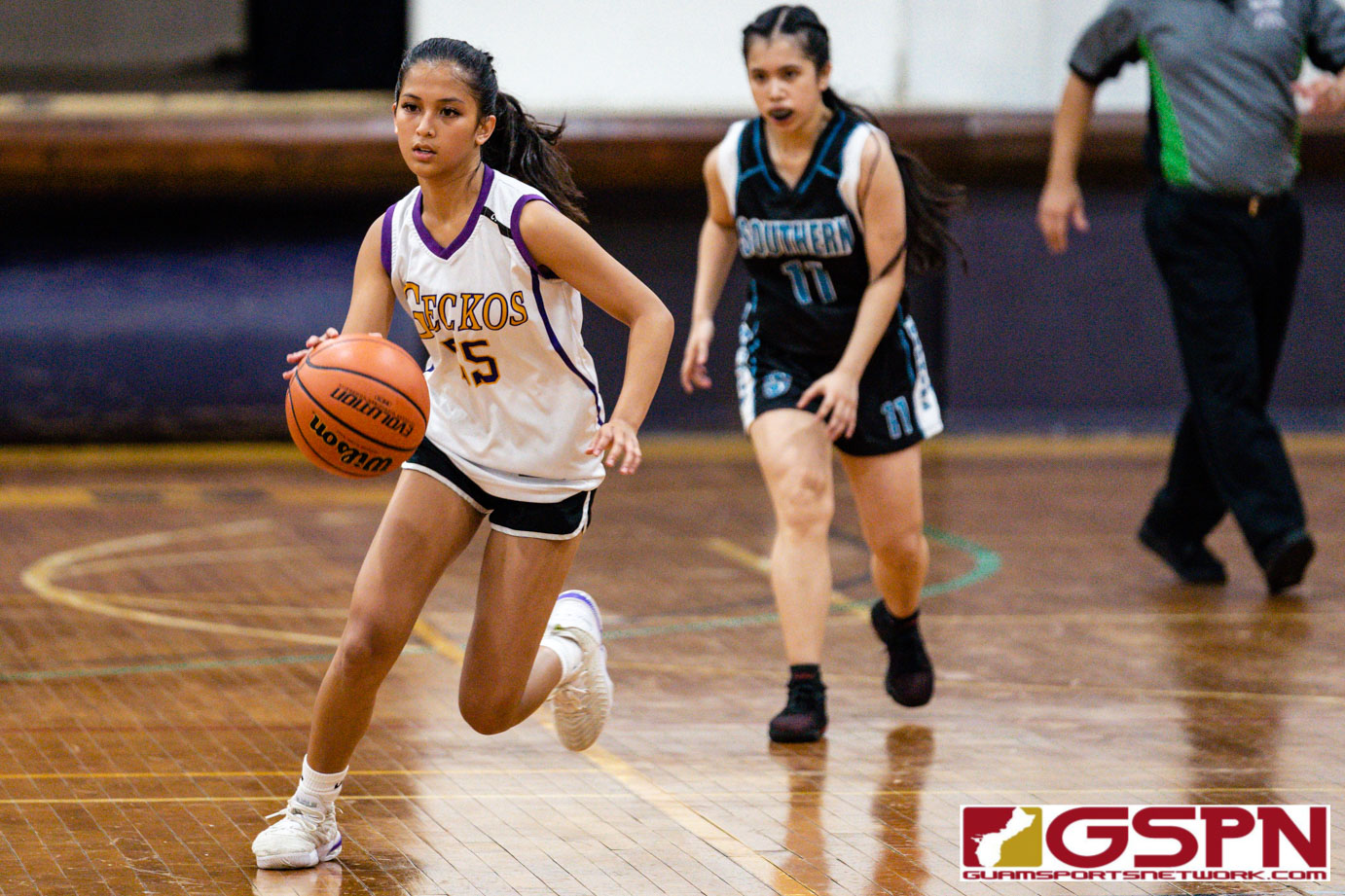 GW Geckos Alana Salas and wingman Haily Banez controlled the pace from the opening tip as the pair scored 16 points each in their 53-40 victory over the visiting Southern Dolphins Friday evening in the official start of IIAAG’s Girls Basketball Season.

The Geckos quickly jumped out to a 13-2 lead in the 1st quarter and never looked back. Salas sent the home team into halftime with some flare after nailing a half-court shot as they rocked a 25-11 lead even without a pair of prominent starters due to them being a part of a volleyball trip in the Philippines.

“We performed well considering our circumstances. We’re missing two of our bigs so we played small ball today, but I think overall we played well,” said Salas.

The Dolphins were led in scoring by Nevea Salas’s 15 points.

Salas took her chances to score only when the defense presented it as she opted to get her teammates involved early, where she tallied five total assists on the night.

“I try to get my teammates involved to also try and get me going, but it happened in the flow of the game. I try to balance it out,” said Salas.

The Dolphins gave the home team a small scare in the 4th quarter after shaving a 40-25 deficit to just 43-36 after back-to-back fast break scores Nevea Salas and Raisa Sinelwith four minutes left to play. GW took two timeouts in that span to reset their defnses.

“We had to come together and focus on defense and allow our offense to come,” said Salas on her teams mindset to hold off the Dolphins.

Banez and Salas would go on to score the Geckos final seven points to secure their victory.

The senior campaign for the four-year Gecko product in Salas is due for a promising year. After getting into the Final Four last season, Salas is only hoping her final year can end in a bigger way.

“I think we’re a really good team this year and we’re hoping for a championship, or at least get further than where we got last year. We just want to excel as a team,” added Salas.

In another season opener, the St. Paul Warriors crushed the Tiyan Titans 76-16.

Senior Monica Giger balled out with 18 points, 12 rebounds, 11 steals and four blocks in only three quarters of play.