Guam Basketball will be hosting the Guam Youth Leadership Cup, a 3X3 Basketball Tournament for ballers 18 & under. 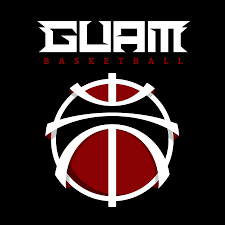 Requirement:
– Players must have active FIBA 3×3 Accounts. Go to www.play.fiba3x3.com to create your FIBA 3×3 Account and register your team. Maximum 4 players per teams.
– Player must have a valid US Passport.
– $40 entracne fee

The tourney tips off Friday evening at 6:30 pm at the National Training Center in Tiyan.

Guam Basketball’s AJ Carlos, who will be assisting in running the tournament, is fresh off of winning a Gold Medal for Guam in the Pacific Games. Since he’s joined Team Guam, he’s only seen the sport of 3X3 grow globally.

“The sport of 3X3 has expanded in variety and there’s qualifying tournaments every week. It’s going to be an included in the Olympics so that could be another way for us to get athletes to represent Guam,” said Carlos.

The pace of the sport is way different compared to the normal 5×5 sport that normal basketball fans are used to. But even those who aren’t used to the 3X3 style shouldn’t worry as this weekend’s games will also serve as an introduction to the sport.

“The 3X3 game is more of a 10-minute sprint and it’s fast paced. The game is physical and the refs are encouraged to let more calls go so the players can play more,” added Carlos.